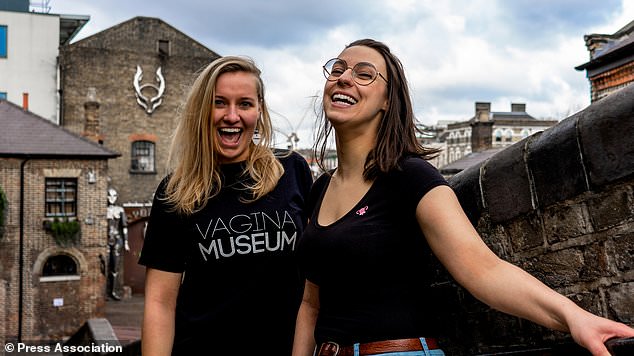 THE WORLD’S first-ever vagina museum is facing opposition from residents’ groups over concerns its alcohol licence will attract “rowdy” stag and hen parties.

The Vagina Museum is due to open at London’s Camden Market in November following a successful crowdfunding campaign to raise £50,000 earlier this year.

Its website describes it as the “world’s first bricks and mortar museum dedicated to vaginas” and aims to better inform people about “gynaecological anatomy and health”.

While the museum has received widespread support, its application for an alcohol licence – which will be heard by Camden Council on Thursday – has sparked concern from local residents’ associations.

Patricia Thomas, who has written to the council on behalf of the Harmood, Clarence, Hartland Residents Association, said the group was “particularly alarmed” by the idea of hen and stag parties visiting the museum.

She said: “We have been given assurances that these parties will be allowed only if they seem to have the right attitude to the museum.

“We have no doubt that the museum will try to ensure that no inappropriate parties will be allowed, but stag parties are not known for their respectfulness and hen parties can also be raucous and difficult to control.

“If parties become rowdy, they will be removed by security and then end up on our streets, creating public nuisance.”

“[It] will attract the types of people who are not interested in the educational aspect of the museum’s collection,” she said in a letter to the council.

Zoe Williams, the museum’s development and marketing manager, would not comment on the licensing application, but said “the full picture from all sides” would be given at the council meeting on Thursday October 24.

The museum is seeking a licence for the supply of alcohol between 10am and 11.30pm Monday to Thursday and Sunday, and from 10am to midnight on Fridays and Saturdays.

It is also seeking a licence to open and show films during the same time periods.

The museum’s licensing application, which has received six objections and 50 representations of support, states alcohol will only be sold to people attending pre-booked events.

Camden Council’s licensing panel will decide whether to grant the licence at 10am .

The museum’s opening exhibition, entitled Muff Busters: Vagina Myths And How To Fight Them, begins on November 16.