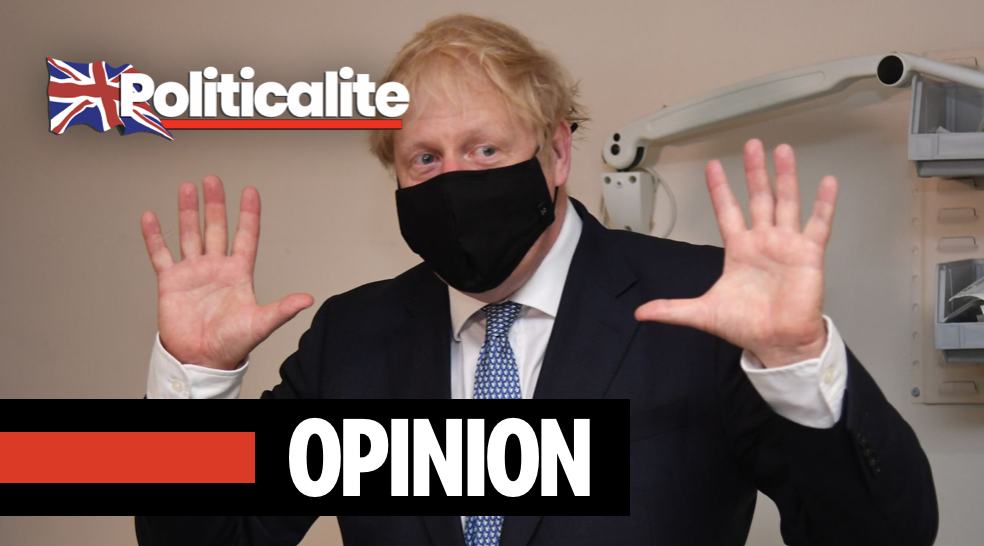 SO, HERE it is The first year of Boris Johnson’s premiership has come and gone, and it’s now time to start doing some honest assessing of his performance so far.

Let’s start with the good, of which thankfully there is plenty of. Firstly Brexit, the biggest constitutional crisis of modern times, has finally been tackled. We left the EU on the 31st of January this year, and boy didn’t it feel good? It showed that eventually the liberal elite of Britain had to finally listen, and it worked. We achieved long awaited and deserved independence, and proved that democracy is still strong, despite well-funded campaigns and organisations that sought to crush it. It also seems that also the government is deciding to play hard bargain with the EU, especially with no deal being back on the table and certain aspects (especially fishing) being protected. It’s what this government stood on, and it’s a good thing that they’re not backing away from it.

Meanwhile, there have been other good minor things to emerge as well. The ban by Liz Truss for transgender operations for those under 18, as well as the binning of rules making it easier for people to self-identify, are big wins for social conservatism. The new points-based immigration system, if it works, would be a welcome change to years of uncontrolled mass migration that most British voters never wanted and rightly didn’t like. The scrapping of the 50% target for university attendance, while sad for those who value such institutions like myself, is a good way to introduce some rigour in to education, and allow those not academically minded to pursue careers more suited for their needs. If Boris completes Theresa May’s plans to bring back grammar schools, this would be the correct next stage, along with bringing back technical schools to allow more children to be self-sufficient.

The plan to reverse the Beeching cuts, is a great one and hopefully should go some way to reconnect lost parts of the nation. Meanwhile, him merging the Foreign Aid department is good, and hopefully shall be the beginning of the end of that useless burden on the British taxpayer. And it finally seems like the UK is standing up to international threats; the use of sanctions against the brutal and barbaric regime of Saudi Arabia is wonderful, and standing up to Xi Jiping and his cabal of gangsters in charge of China is a welcome step, after years of the international community acting as though they were people to be trusted.

However, there’s also been a lot of bad as well. Let’s start with what will define Johnson’s time at Number 10; the coronavirus crisis. Now, I’m not going to be too hard on Boris here; this was a crisis few saw coming, and few nations have handled it well at all. That being noted, the way that Boris has attempted to solve it has been questionable. Beyond the arguable overreach of the lockdown, an assault on civil liberties (the sort of thing Johnson at one stage rightfully opposed), basic measures that should have been taken from the start were ignored. This is especially true of care homes and airport closures. That’s not even going into the failures on PPE and testing which the government have failed at, despite having taken part in a pandemic trial which played out this possibility.

On top of this, it’s debatable as to whether this lockdown was necessary, given that both South Korea and Sweden didn’t pursue such a policy, and notably have less deaths than we do. As that’s the case, why was it necessary for Britain – a nation prided on basic civil liberties from Magna Carta onwards – to have binned freedom, especially given earlier virus crises with higher death tolls and worse medical equipment (like the Hong Kong flu pandemic of the 1960s) didn’t lead to such draconian measures. To make matters worse, elements of the coronavirus response reek of making it up as they go along, and often with the most authoritarian leanings possible. So, while the eventual quarantining at airports and social distancing rules made sense, the undermining of businesses to run and the mandatory mask wearing long after the death peak don’t, and is a worrying sign of the supposed ‘new normal’ that we constantly hear. It’s been an unfortunate affair to say the least, and the unintended side effects on British citizens have been even worse, from interfering police action on front gardens, to censorship online by big tech monopolies. And the less said about the whole Cummings affair which helped to undermine the policy, let alone the other sleaze scandals this administration has been involved in, the better.

The reason why Boris doesn’t fail completely here is that this was the popular position taken by most major governments and most political parties in the UK agreed with the notion, sans the English Democrats, a party nowhere near local governments, let alone anything national. So, while he should have handled it better, the culpability also rests on the British political class; they supported it as well, and only challenged Boris for political point scoring, not what was in the country’s best interests.

Meanwhile, the other big problem is the fact that Johnson has the best opportunity to either bring back some social conservatism, or at the very least, combat the left’s domination of the institutions. With an 80-seat majority, he could scrap the ridiculous online hate speech laws for example, or reverse the left-wing legal and political framework the Blair and Brown governments set up, in order to prove that he was serious about culture, something that arguably helped him win that landslide in the first place. Beyond the aforementioned changes to university attendance and foreign aid, not much is being done to reverse that, which is a crying shame.

This majority has instead been used to push some of the most liberal divorce laws in recent times, and to try to pander to anarcho-communist groups and extremist environmental outlets with reviews and actions not suited for such types who want a full-blown revolution. That’s when he isn’t being utterly weak in defending his own position, whether it from prominent football players to his political opposition. What many new Tory voters wanted, especially those more culturally conservative ones in Red Wall, was not Blair 2.0, something they could have gotten with most of the rest of the major political parties on offer. The spending may keep them happy, but the left-wing cultural policies which made them cut ties with Labour won’t do the Tories any favours either.

Speaking of Blair, Boris has unfortunately decided to ape him in more ways than one. For all the talk of the ‘British Trump’ (often pressed by lazy journalists with no creativity), Boris is more akin to Blair. For a start, he’s attempting to run the government as a Presidential one; policies are announced on television not Parliament, special advisors are given lucrative power and the use of national symbols like flags and personalised jets are key to this. The playing of the media, and his over emphasis on PR and challenging criticism is also here, and was obvious for Boris when he wouldn’t attend many election debates. Now, it’s gotten worse, going to the point whereby the government has sent out rebuttal pieces to major news outlets like the Sunday Times, as if they’re a fratboy on YouTube angry at a critical comment and not a serious government. And that’s not even going into the worrying trend of votes without divisions on specific issues, as if we’re bordering on a zombie Parliament.

He also openly supports mass immigration and it seems like he has an agenda to increase it by stealth to make sure a public against it won’t notice. Beyond the new points-based system, much of his immigration reform has been bad. This includes him reducing the salary threshold for immigration, abandoning the NHS migrant surcharge and promising 3 million Hong Kongers residence in Britain, without any plan to assimilate or accommodate them. The latter is particularly irresponsible, especially due to the lockdown creating a situation whereby unemployment is set to spike and a recession is fast approaching. That’s not even taking in to account the current mass flow of illegal immigrants on our southern coasts that the government have done little to curb or change, beyond pointless pandering to a French government not interested in keeping them either. This is despite promising to clamp down on it during the election. Hopefully this will be acted upon, otherwise specific challengers, mainly Nigel Farage’s new Reform Party, could possibly undermine Boris’ majority at some point.

He’s also shown his internationalist leanings. Getting Brexit done and boasting about new free trade deals is one thing, selling out to Huawei was entirely another, and that had the prospect of a foreign hostile power being allowed into Britain’s 5G networks, which led to his first big rebellion in the House Of Commons. He has since stepped back on this, but it’s very telling that it took this outbreak for him to do so. Boris’ win was meant to be the end of the left-wing cultural revolution era of British politics; the symbolic collapse of the openly Blairite parties of Change UK and the Liberal Democrats, along with Blair’s old seat of Sedgefield switching, indicated that better than anything else. His continuation of this political roadmap has been disappointing to say the least.

Finally, it also seems that echoes of the Cameron-May years still remain, for the worse. The most obvious is that of HS2, which is still going ahead, despite how unpopular it is and whose soaring cost is becoming beyond unjustifiable now. The other obvious one being that while Boris is happy to pander to a left-wing base that will never vote for him, or suspicious groups, his right-wing base have been left somewhat floundering. This was blatantly shown with the Daniel Kawczynski affair, whereby an MP was given a warning for attending an event with such extremist figures as Viktor Orban (which Johnson praised when he won re-election), Matteo Salvini and Douglas Murray. The fact that Boris was so afraid of the left as to allow him to be thrown to the wolves, but ardently defended Cummings is odd beyond anything else.

So overall? There has been some promise; Brexit getting done is wonderful and helps to heal a much divided nation, the new laws surrounding transgenderism, the new sanctions showing Britain is a serious independent country once more, the reversing of Beeching and the attempt to end some of the Blairite programme have been really good. But the handling of COVID-19, the continuing social liberalism, the pandering to the left, and the vanity projects of HS2 and Huawei has all been bad, and is not something the voting public want. If Boris doesn’t change course fast, he could be under threat. Maybe it’ll come from Labour, but more likely may come from Farage’s new Reform Party or a revived SDP in certain conservative areas of the country. Then again, all of this is early days, and the important wins have been good. There’s still enough time for Boris to prove himself and show that he is capable of this role.

THE END OF HISTORY: Another statue to be REMOVED by Cardiff Council
END IT: The Campaign To END Rough Sleeping in the UK Amid COVID-19
To Top