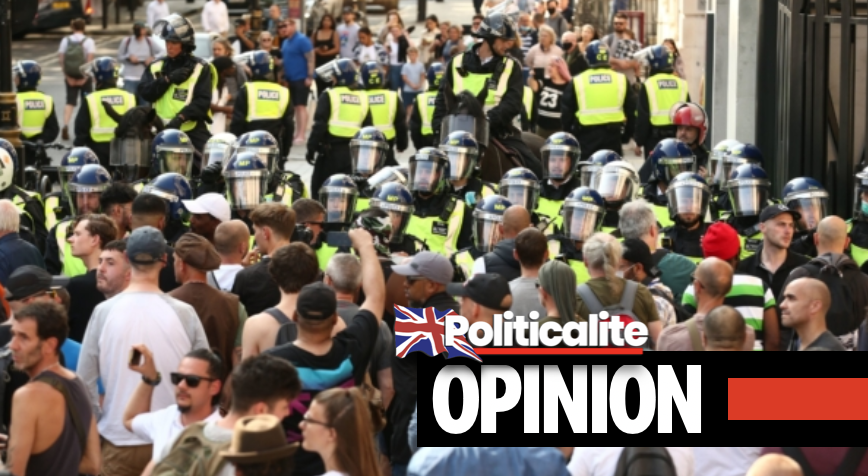 THERE is no other way of describing what I saw with my own eyes on Saturday at the heart of England at the heart of a supposed free country. Policing redolent of the 1930’s German Gestapo by a politicised Metropolitan Police force acting as agents of the state, NOT being at all concerned about upholding peaceful political protest.

It was obvious from early on that the Met wanted to shut down the rally. A rally attended by ordinary Brits, young and old, male and female, black and white, left right and centre politically, all sharing a deep conviction on wanting to protect our freedoms which are being trampled upon by ever increasing totalitarianism.

“My grandfather dodged bullets on the Normandy Beaches in June 1944 to give me the freedom I have enjoyed. “

Joining the crowd were many hundreds of military veterans. Thank god they were there. They were a big reason why the Gestapo were unable to shut down the legitimate protest as they ringed the back of the stage and encouraged others to stand their ground, me included, and protect this valuable exercise in freedom of assembly. The true British bulldog spirit was alive and well from the People today in Westminster Borough. 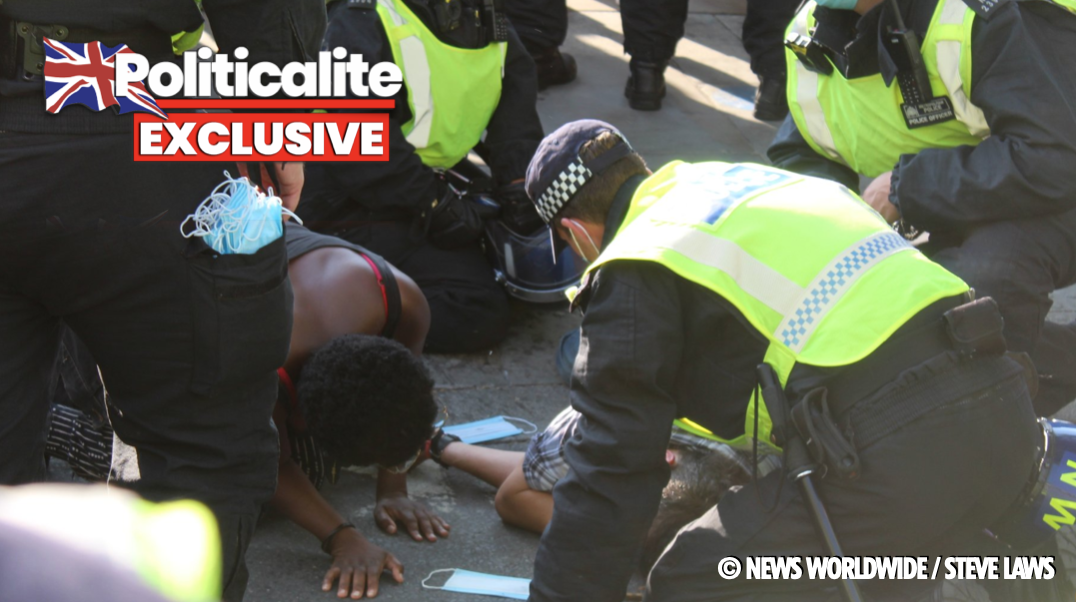 I saw with my own eyes more than one attempt by the Met to stomp their bovver boots all over the event. At around 4.30pm they came in in full riot gear with batons waving.

For what purpose? there was no trouble, the event was in its closing stages as you know full well. Was it to impose the will of Whitehall on those of us who cherish our freedoms and dare question the lies
being perpetrated against us. Shame on you. 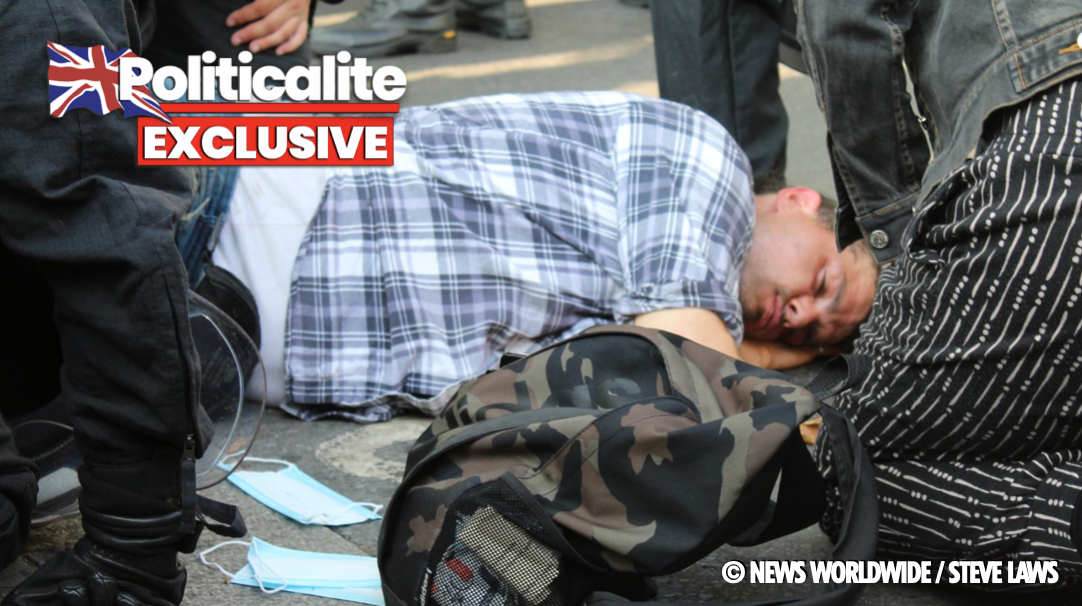 I engaged with two policeman directly in front of me who were wielding batons. I put my hands up to display I had no weapon, I had no missiles, I had no threatening intent. I was just standing my ground protecting the stage and equipment from their thuggish unlawful behaviour.

One of the PCs eyes told me he knew he was being a thug he knew it was not right, his eyes were apologising to me for having to confront me. But next to him was an officer who was loving the agro, loving the fact he is being paid handsomely for dishing out behaviour redolent of Hitler’s best. 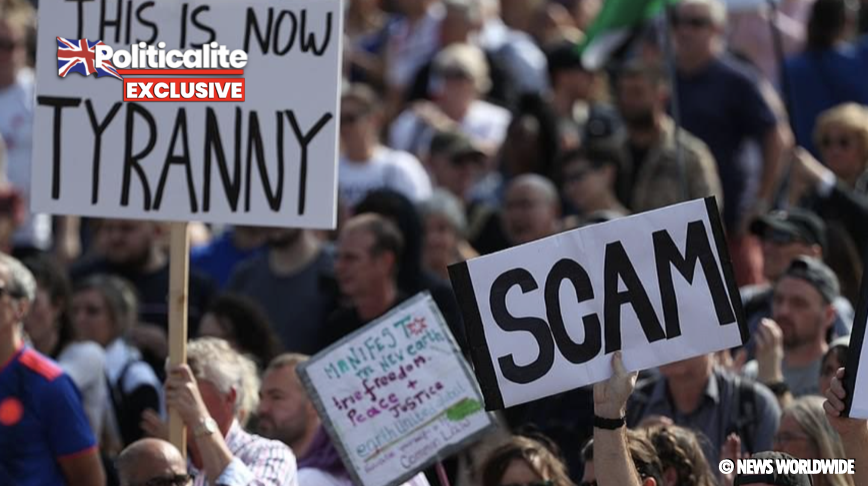 My grandfather dodged bullets on the Normandy Beaches in June 1944 to give me the freedom I have enjoyed. All we need to do is occupy a square foot of Trafalgar Square and stand up to this latest assault on our freedoms by this lying incompetent group of control freaks running our World in 2020.

DISCLAIMER: We present this article as an opinion. Neither Politicalite or News Worldwide support unauthorised protests following the ‘Rule of Six’ law. Whilst Politicalite and News Worldwide agree that an open debate on vaccinations is vital, we do not support more extreme Anti-Vaxxer conspiracy theories.