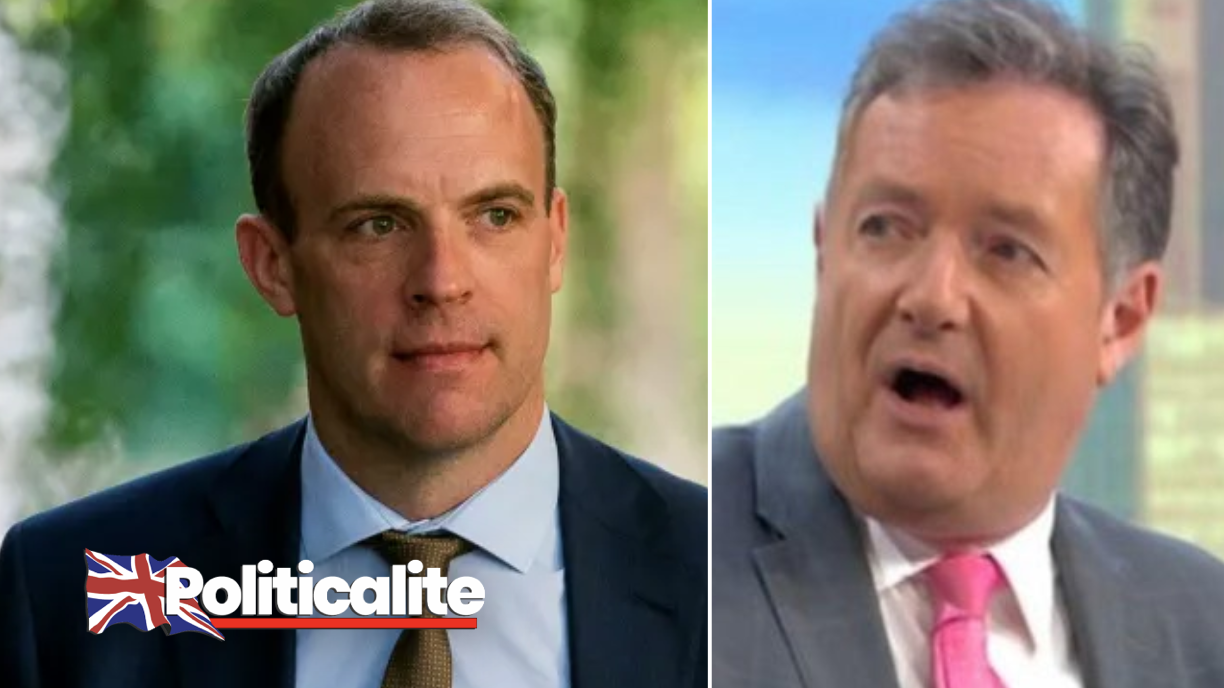 Piers, who hosts ITV’s tanking Good Morning Britain was completely offended and upset over Dominic Raab revealing in a TalkRadio interview that he wouldn’t take a knee for the BLM movement, all the while referencing how the gesture was often used in the hit HBO series Game Of Thrones.

In the clip, his co-host Susanna Reid felt that he had no ‘idea’ about the taking the knee being a ‘mark of respect’ to the movement, to which Piers concurred. Piers called the GOT comparison ‘unbelievable’, with them trying to insinuate that it came after NFL player Colin Kapernick had done so back in 2017 during the national anthem to highlight police brutality in the United States of America. This is disputed, as the act of taking a knee has many historical links, including doing so to monarchs in feudal England and similar behaviour found in ancient Greece.

Piers then highlighted that because world leaders, police chiefs among others had done it, that it couldn’t be a ‘form of subjugation’ like it was in GOT, calling Raab ignorant, despite the ancient history of its use to monarchs and rulers confirming that it is so. Susanna then pondered as to whether the ministers were ‘aware of the news around them’, highlighting how Prime Minister Boris Johnson claimed to be unaware of footballer Marcus Rashford wanting to extend free school meals.

Piers then called the government ‘mediocre’, and then continued by calling it a ‘mark of respect’, and highlighted the case of George Floyd, which sparked the protests in the first place. He called Raab’s comments ‘bilge’, and felt such behaviour was why the UK had the worst coronavirus cases, which isn’t true, as other countries have higher amount of cases, with the United States topping the charts. He then concluded that Raab shouldn’t have to take the care, but it was ‘shameful’ to not know about it, and that it disqualified him from the job because of it.

Morgan has previously written arguing that President Donald Trump should take a knee, all the while having falling viewing figures for his show as of April 2020.