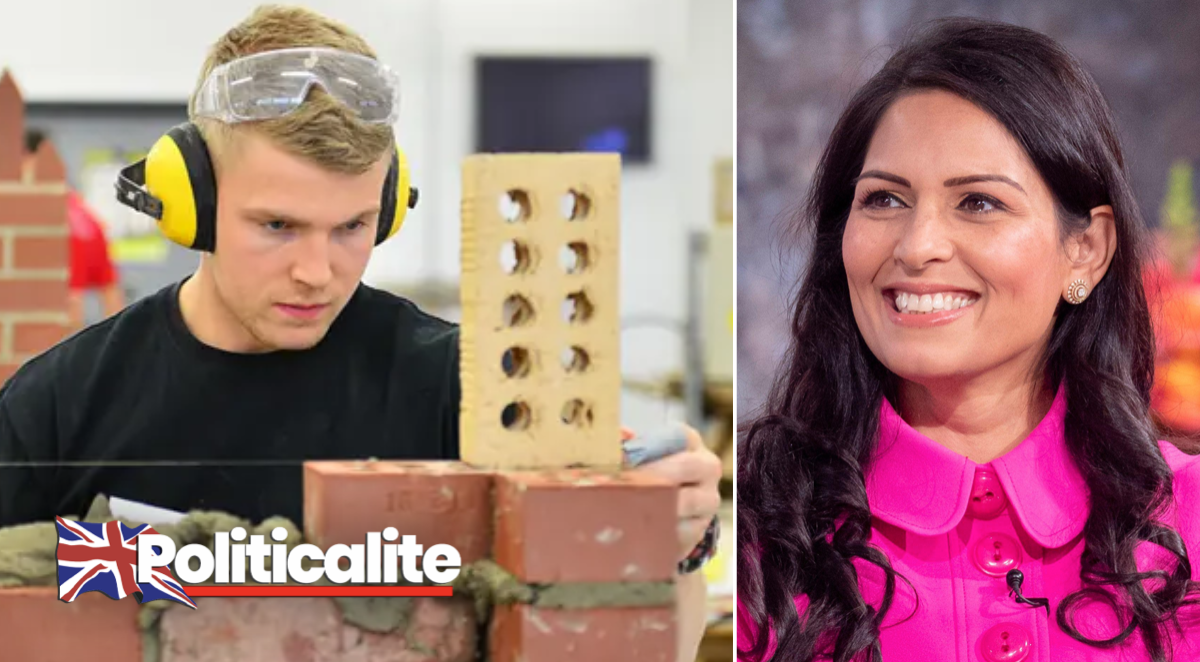 PRITI Patel has vowed to add to immigration reforms and will block plans to allow in cheap labour in to Britain post-Brexit, with civil service sources citing how it would be good for the ‘white van man across the country’ to allow those jobs to Brits first.

The Sun  revealed that Whitehall sources said that Home Secretary Priti Patel will blocked plans to allow relaxations on immigration when it comes to specific jobs – including those of bricklayers, butchers and welders – in a post-Brexit Britain.

The reason for stopping such workers from being imported overseas before British ones is that, according to the Whitehall sources, was that Patel was ‘standing up for the white van man across the country’, and cited the oncoming COVID recession as a reason for the block. The source told the Sun that ‘We must be realistic about the effect COVID has had on the labour market and economy, and we know that people across the UK are currently looking for work… That is why it is right that we focus on the needs of British people’.

This comes as Patel plans further reduction of immigration from the European Union post-Brexit, with European criminals who have served a year in jail being automatically banned from the UK from January next year, with those convicted for less than that having their cases examined on an individual basis. European rough sleepers will also be deported, if they refuse help or support. Labour’s Shadow Home Secretary Nick Thomas-Symonds criticised such plans, calling them a ‘fantasy’, as EU negotiations in the ongoing Brexit process hadn’t secured measures such as access to criminal databases.