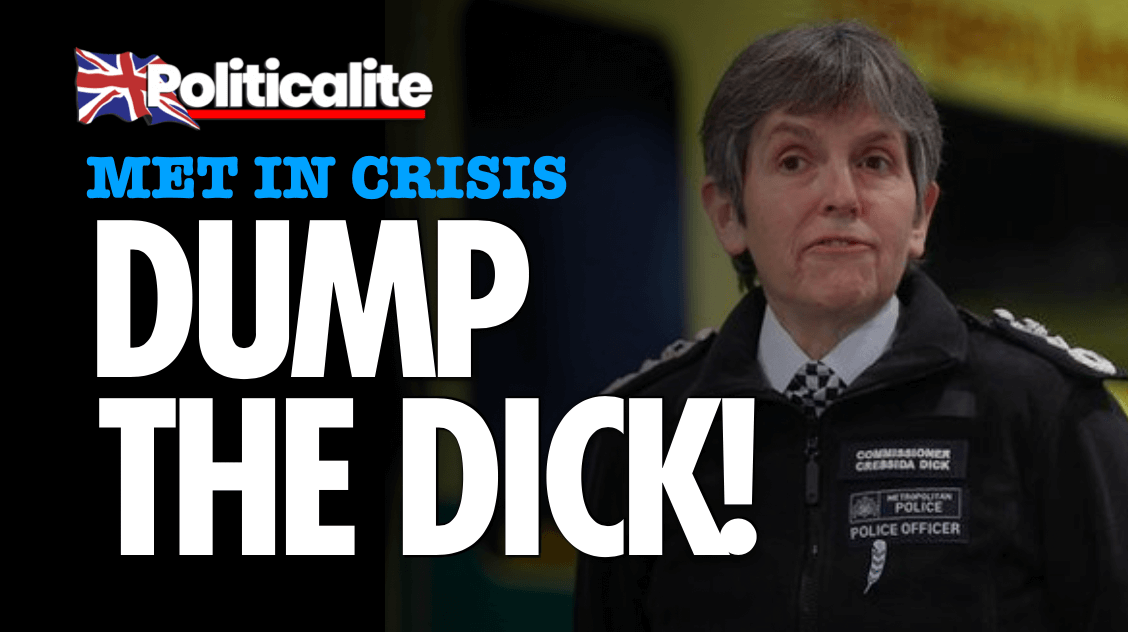 SHOCKING scenes from last night’s vigil for Sarah Everard have led to widespread demands from the public for Met Commissioner Cressida Dick to be sacked – with mounting pressure also being placed to end Sadiq Khan’s disastrous tenure as London Mayor.

Hundreds had turned up throughout the day to peacefully pay their respects to Everard, whose murder has gripped the nation and opened a tense and highly emotive debate. 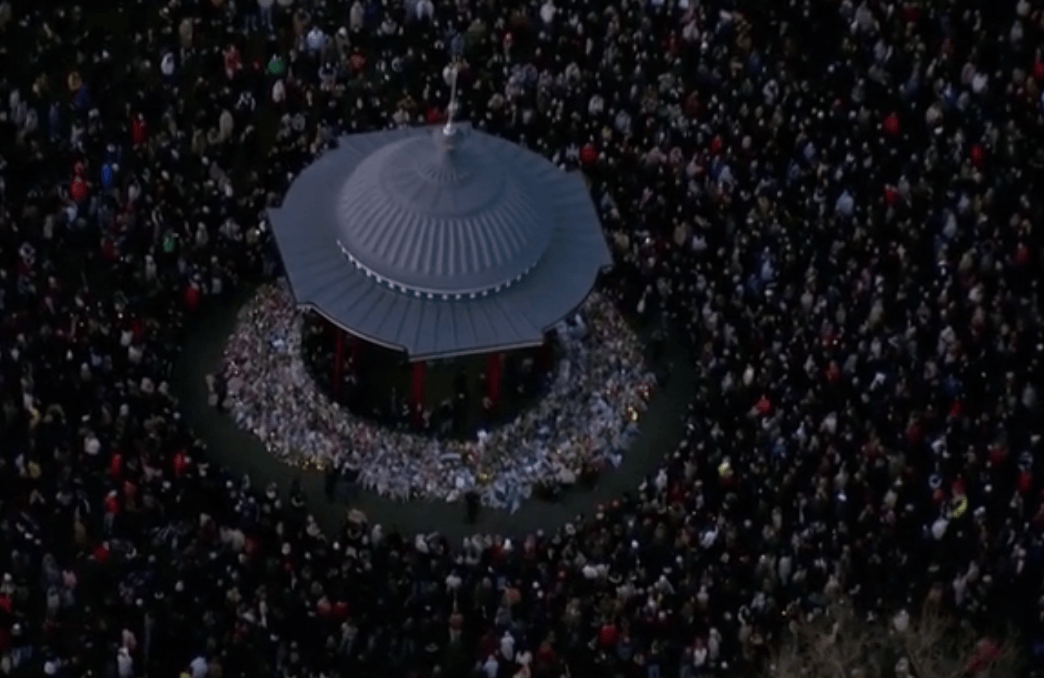 A mound of flowers encircling Clapham Common’s bandstand formed a moving tribute to the 33-year-old, and was visited by members of the public and even Kate Middleton – all paying their respects and many later lighting candles or engaging in passionate yet controlled protest.

Tensions are high because #Sarah was allegedly murdered by a metropolitan police officer so you would think they would handle this vigil with some sensitivity. #notallmenbutallwomen pic.twitter.com/ezi3YcHcao 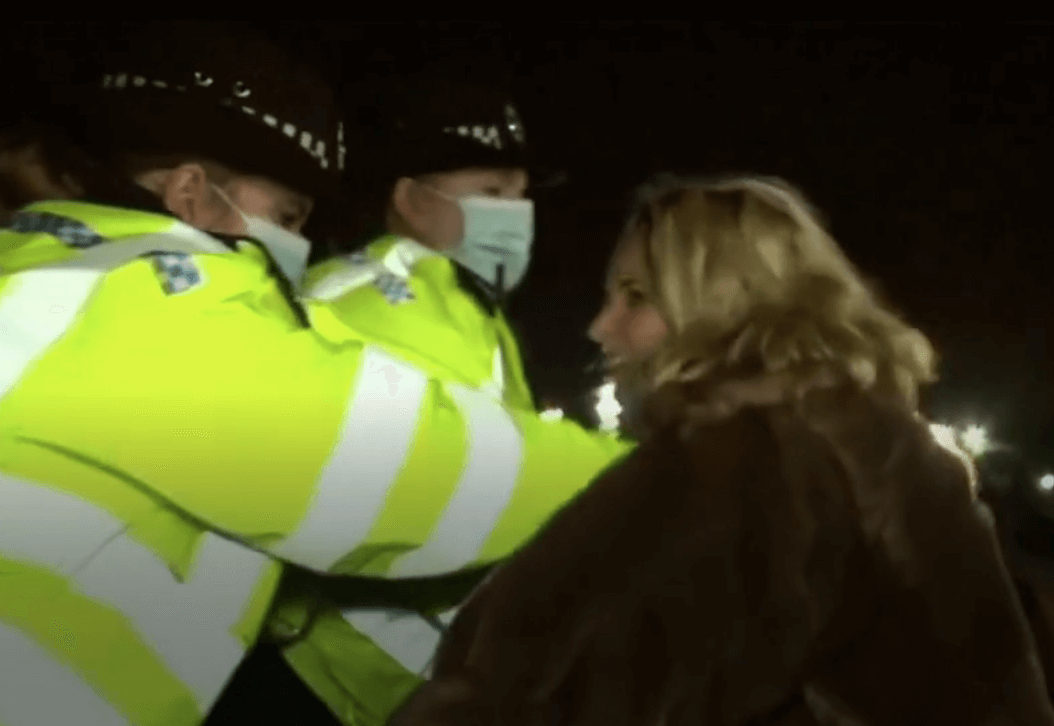 Some rowdy members of the BLM movement appeared much later, yet were overwhelmingly outnumbered by women and girls with genuine fears over their safety, and a clear need to use the night to mourn.

What followed next can only be described as perhaps one of the Metropolitan Police Force’s worst PR incidents in decades, as police officers – through no fault of their own – were sent marching to the vigil to disperse the emotional crowd.

Forming a wall around the memorial, the officers – whom some were already unjustifiably yet understandably angered with following the arrest of a Met officer for Everard’s murder – were booed as they told mourners to go home, before physically dragging attendees away for arrest. 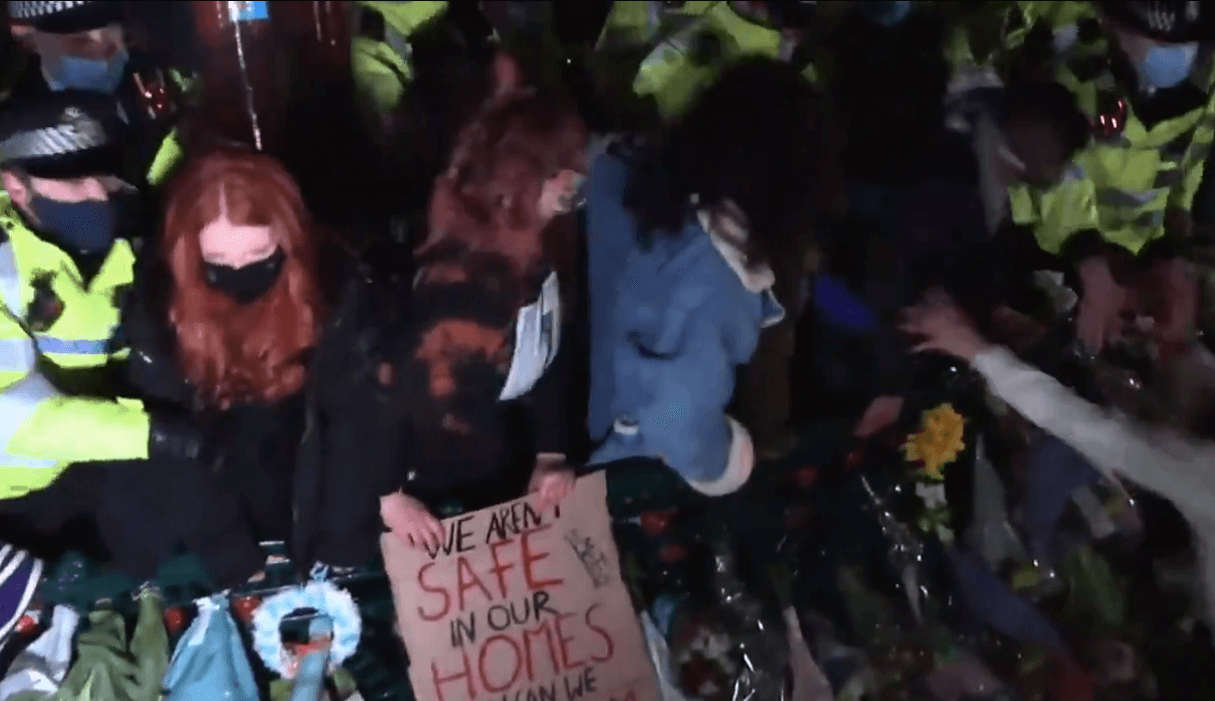 Footage posted on social media shows police and mourners jostling near the bandstand, amid screams and confusion; the majority of people being set upon despite sitting silently and posing no physical threat.

“The vigil was initially somber with most people speaking in hushed tones or quietly reflecting” said Oli Dugmore, who witnessed the shocking spectacle. “Once the sun went down a few speeches were given and police officers moved in to close things down.

Sadiq Khan's obsession with race & identity is now a real & deadly threat to social cohesion & civic unity in London. While murder & violence soar he's doing his best to turn one half of the city against the other & alienate the capital from its country. He is poisoning my city. https://t.co/pyDhKzmH5q

“There was very little violence, mostly pushing and shoving. Police officers were telling organisers the vigil was a threat to public safety due to the pandemic.

“The most striking thing about it was the palpable sense of betrayal among the crowd, who chanted ‘shame on you’ and ‘arrest your own.’

“The majority of people attending dispersed once the police asked them to. But it seems to me to be a failure of policing from the outset.

Where is @SadiqKhan on this? He is London’s Police and Crime Commissioner but he has remained COMPLETELY SILENT. pic.twitter.com/iKhAflVIGu

“If the assembled crowd had been granted a public space to grieve, I don’t think things would’ve escalated in this way.”

Priti Patel immediately demanded a full inquiry into the incident, while thousands of people from across the political spectrum took to social media to demand the sacking of Cressida Dick and Sadiq Khan, who is not only London’s mayor but also elected to be the equivalent of a Police and Crimes Commissioner.

Politicalite will continue to update on the developing story throughout the coming days.