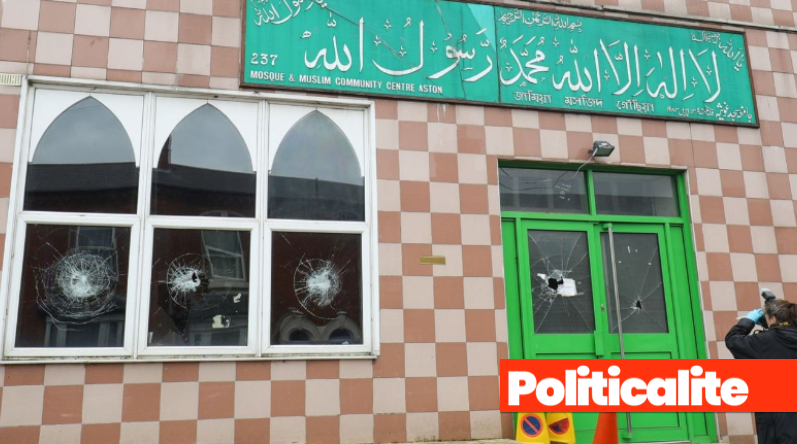 MOSQUE attacks in Birmingham ARE NOT linked to the Far-Right or Terror, say cops.

Five mosques had windows smashed with a hammer last week, and in the aftermath, the Mainstream Media and Terror Authorities where quick to spread disinformation and claim the attacks were linked to terror in the aftermath of the shocking and vile Terror Attack in New Zealand.

But now, Cops have backtracked and have admitted that the vandalism was not linked to terror, or the ‘far right’.

A man has been arrested, after handing himself in.

The suspect, aged 34 from the Perry Barr area of Birmingham, has now been detained under the Mental Health Act.

West Midlands Police said it is not seeking anyone else in relation to attacks, and was satisfied they were not motivated by right-wing extremism.