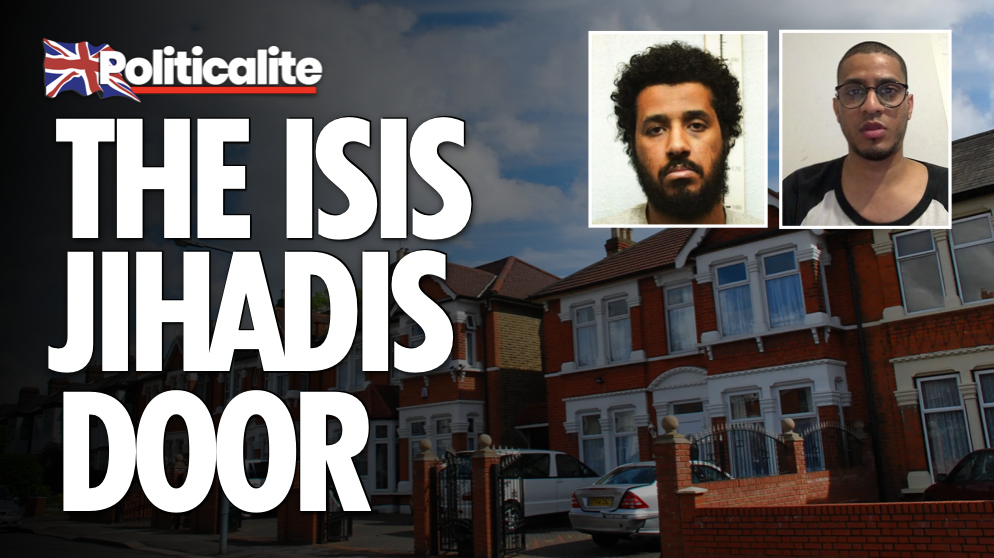 BRITAIN’S most dangerous family had two brothers who fought for Isis living among them, it has been revealed.

One more brother, a sister (and her husband) have been jailed for spreading hate, but they were free to roam British streets for four years.

The ISIS family even posted materials in public places close to Remembrance Day.

The poster design featured a red poppy — but this was no patriotic gesture. Closer inspection revealed images of a skull and Union Flag in the centre of the flower, alongside which were the silhouettes of five black warplanes.

‘British terror: lest we forget,’ read the accompanying slogan. ‘Britain uses your tax money to kill Muslims in Muslim lands. Don’t betray your ummah [community] — do not take the Jews and the Christians as allies.’

The message could not have been clearer — ‘them’ against ‘us’. That such a sentiment could have been expressed so brazenly in 21st‑century Britain will shock many.

But what is even more shocking is how such views had come to infect a whole family, with consequences not just for them but for wider society.

Because the three fly-posting on that day were all related: brothers Sahayb and Muhamed Abu, and their half-brother Ahmed Aweys. 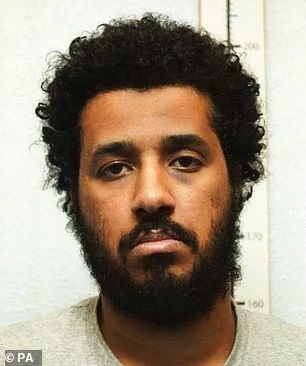 While not charged with any offence over the poster, all would subsequently go on to find themselves in the dock for terror offences. 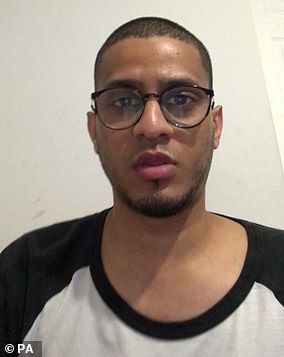 During Sahayb’s trial, Muhamed likened the brothers’ dynamic to that of Liam and Noel Gallagher — claiming that while Sahayb ‘talked big’, he quietly tried to ‘better’ himself.

In court he also tried to distance himself from other family members, branding himself ‘the dark sheep of the family’.

He told police in his interview that he had little interest in Islam, and spent his time ‘smoking cannabis’ and ‘fornicating’.

He had attempted to get on the straight and narrow by studying to be a plumber, he said, but continued to flout religious practices such as fasting.

Along with Sahayb, he was jailed for two years for conspiracy to burgle a jewellery shop and released at the same time as his brother.

In the latest trial, he was found not guilty of failing to disclose information about acts of terrorism under the Terrorism Act 2000.

Having purchased a gladiator-style sword, balaclava and combat vest, he spent last summer planning to go on a bloody rampage.

His brother Muhamed, 32, stood trial alongside him but was cleared of failing to warn police about the plot.

As for Ahmed Aweys (although he has a different surname he shares a father with the Abu brothers), he was jailed in 2019 for 25 months for sharing vile Isis videos and radical material that proclaimed: ‘We are the enemy within.’

His sister Asma and her husband were also sent to prison for related offences at the same time. And the roll-call of family infamy (in total there are 17 children) does not stop there.

Five siblings — plus a brother-in-law — have been linked to Isis with three more siblings whose behaviour is, to say the least, highly questionable.

In 2015, two brothers went to Syria to fight for Islamic State. They have not been heard of since. One is believed to have died in an airstrike and another killed by a bullet to the head.

Clearly undeterred by their fate, another sister was recently stopped trying to leave the country to travel to Morocco with a number of the family’s children while using someone else’s passport…..

What we do know is that the story begins in the early 1990s with the arrival in the UK of Aweys Abu Munye from Somalia. Now aged 66, how he came to set up home in East London is unclear.

But at the time refugees fleeing the Somali civil war headed to Europe, with Britain becoming the favourite place to seek asylum.

His three-month-old son Sahayb was with him, as were a number of his other children. And, it was claimed, not one but two wives.