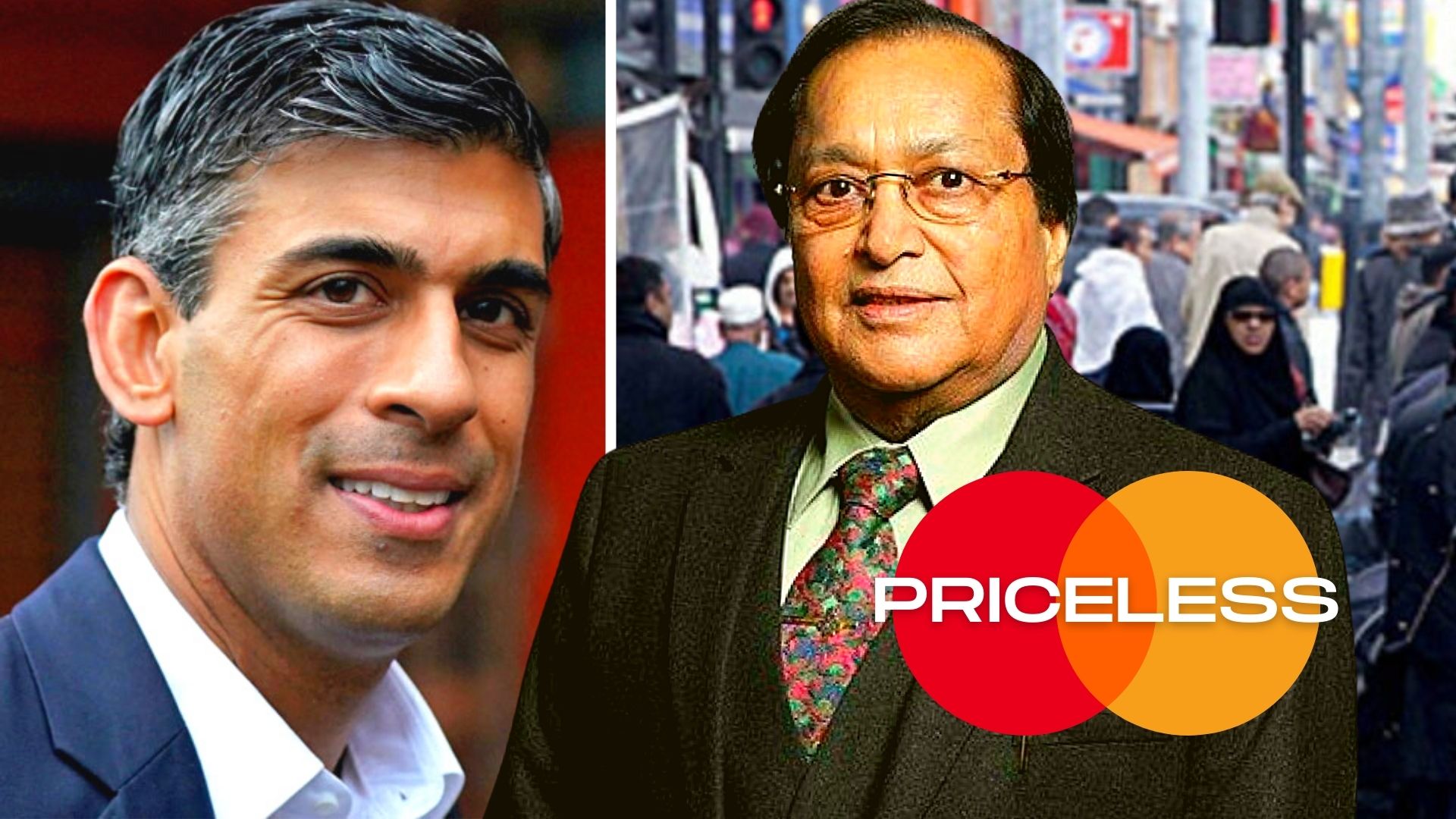 BRITS are racist if they don’t make Rishi Sunak Prime Minister, a Tory Lord has claimed.

The comments sparked claims that Team Sunak had got ready for Rishi to credit his campaigns account with the first swipe of the race card.

The comments – designed to appeal to the Woke left and stoke division among Brits after the nation came together for the Jubilee celebrations and the Commonwealth Games have not gone down well.

Lord Ranger, who was welcomed to Britain and given the tools and opportunities to become a privileged Lord raking in £323 PER DAY was born in Gujranwala in 1947 and came to Britain at the age of 27.

He told Tory members that they would “face consequences” if they don’t elect  the former Chancellor who went AWOL deserting his post at a crucial economic time for Brits.

He then doubled down and claimed the Tories would get a “bad name” if they chose Liz Truss over Fishy Rishi.

Race bait Ranger told an Indian TV network: “If people reject him, it will be a bad name for the party and the country because this will be perceived as racist.”

“And so there is pressure on them to prove that here race does not matter.”

“Calibre matters, and Rishi’s calibre is above everyone.”

“I am optimistic that people here will be fair and will not reject anyone on the basis of race.”

The wet remarks have already been branded  “provocative” by Tory sources.

The Lord – seemingly not worried about maxing out his creed credit limit swiped it a THIRD time posting to Twitter: “It will be a watershed moment in British politics when a non-white candidate will prove that this country is ready for a change.”

“I can assure you Rishi will have to work harder than anyone else because he has to prove that he is just as good if not better.”

Tory MPs have taken pride in the diversity of the Conservative leadership candidates.”

“There were five MPs from ethnic minorities at the start of the race, and there were four females vying for the top job.”

The comments came as Rishi claimed he would launch a “War on Woke” next week to save his campaign with an exclusive poll by Politicalite of 1,360 people revealing front-runner Truss would WIN the contest with a whopping 95% of the vote compared to Sunak’s 5%.

Swivelling Sunak – who has already made a tax U-Turn were forced into yet another cringeworthy backtrack distancing themselves from the remarks.

North West Leicestershire MP Andrew Bridgen – who was behind the Boris coup told The Express: “The slate of candidates for the leadership election had diversity on merit, which the Labour Party could only dream of.”

“That’s what people judge you on.”

“Race is not a factor at all in this leadership contest. It is a battle of ideas and policies.

“Great Britain is not a racist nation, and the British Cabinet is a role model of racial unity under the Union Jack.”

In a video launching his leadership campaign earlier this month, narrated: “Let me tell you a story about a young woman, almost a lifetime ago, who boarded a plane armed with hope for a better life and the love of her family.”

“This young woman came to Britain where she managed to find a job but it took her nearly a year to save enough money for her husband and children to follow.”

“One of those children was my mother, aged 15.”

He added: “My family gave me opportunities they could only dream of, but it was Britain – our country – that gave them and millions like them the chance of a better future.”

A source said: “Rami’s views are his own.”