S.O.S: Brexiteer Tory MP submits 'Letter of No Confidence' in Mrs May
Advertisement 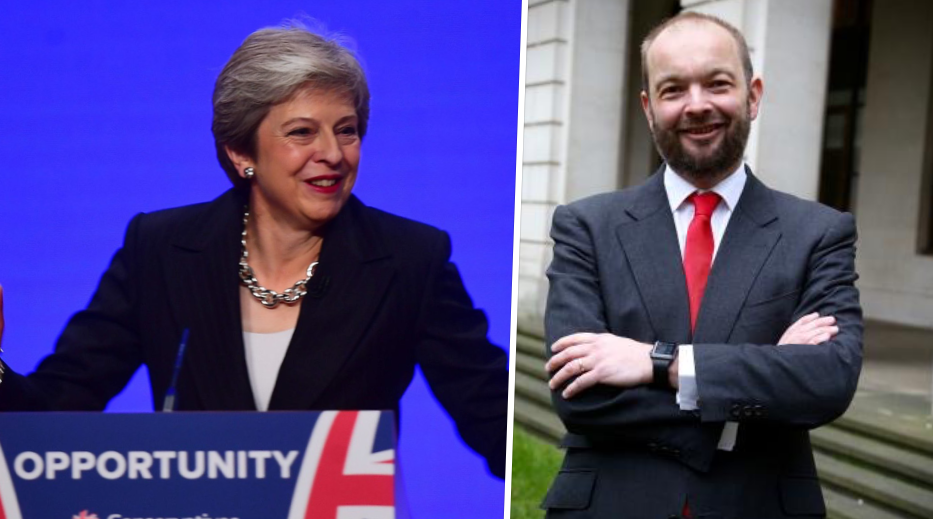 A TOP Tory MP has thrown a spanner in Theresa May’s works and has submitted a letter of no-confidence in his own party leader.

James Duddridge MP submitted the letter before the Maybot delivered her keynote speech.

The MP for Rochford and Southend East said: “no Conservative colleagues believed the Prime Minister should still be leader by the next election.”

In his letter Mr Duddridge, said the country needed “someone who belies in Brexit” in Number 10.

Under Tory rules, 48 MPs need to submit letters to Graham Brady, chair of the influential backbench 1922 Committee, to trigger a vote of confidence.

He said: “I am normally a loyalist, served in the Whip’s Office for nearly five years and have never voted against the Government.

“However, there comes a point that blind loyalty is not the right way forward. We need a strong leader, someone who believes in Brexit and someone to deliver what the electorate voted for. The Prime Minister seems incapable of doing this.

“I have not met a single MP who thinks she will lead us into another election after the last disastrous snap election.”

He said: “We need a leader not a chief executive, an administrator, we need a vision to go forward and that’s what Boris presented yesterday.

“We haven’t got someone that can effectively negotiate with the European Union at the moment, the Brexit negotiations have been an absolute disaster.

“The Cabinet were railroaded into Chequers, the Prime Minister is haemorrhaging support in Cabinet and in her party. No one seriously expects her to fight another general election, yet we limp on and pretend we’re all behind a leader who is not delivering.”

In this article:1922 committee, boris johnson, featured, Graham Brady, Mrs May, theresa may, Tories, Tory Leadership, Vote of No Confidence