SCOTLAND YARD SELL OFF: Met Police at 'Breaking Point' as they sell more than £1bn worth of property
Advertisement 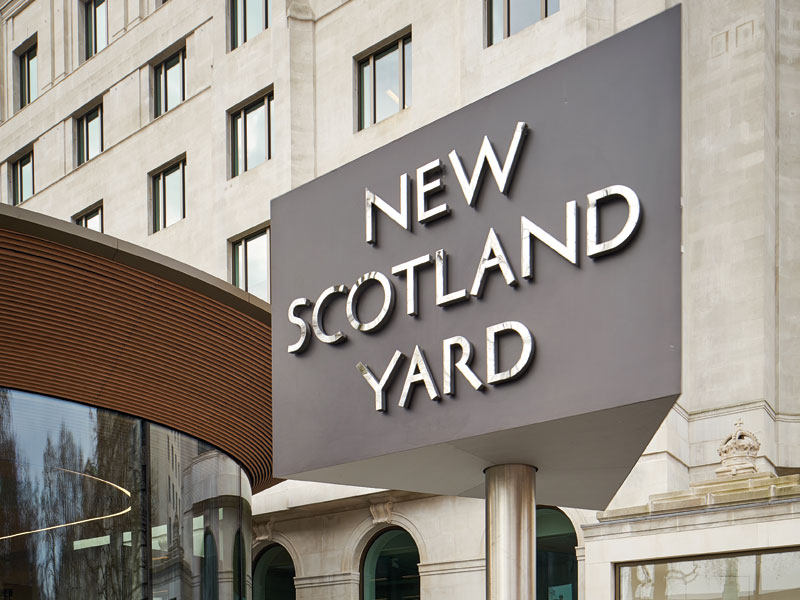 MET Police has sold more than £1 billion worth of property over the past six years, amid claims funding cuts are leading them to “breaking point”.

The Old Bill crossed the 10-figure mark after netting £41 million in the last financial year, selling off police stations and residential blocks, according to data obtained by the Press Association under Freedom of Information requests.

“We’ve sold the Crown Jewels, so to speak. We’ve run out of things to sell. This is really, really, worrying for society,” said Ken Marsh, chairman of the Metropolitan Police Federation.

He told the Press Association: “At the end of the day they have all been sold so that we don’t have to cut police officers. That is shocking.

“The Government talk a good talk, always praising us and saying how brilliant we are.

“But when it actually comes to it, you know, there’s officers around the country using food banks.”

Hundreds of flats and buildings, some owned by the Met since the 19th century, have been bought from the force since 2012.

They included New Scotland Yard, which went for £370 million to investors from Abu Dhabi for luxury flats two years ago.

It comes as Mr Marsh, whose organisation represents more than 30,000 rank-and-file officers, warned police were working amid a “breakdown in society” with footage showing officers apparently being assaulted as they arrested a man in a fast-food restaurant.

Last year, Mayor of London Sadiq Khan closed 38 police station front counters to save £8 million per year, and warned Scotland Yard was “running out of options” regarding resources.

Mr Marsh added that police have had to take on an expanded role which is causing strain.

He said: “You get to breaking point because we’re not social workers, we’re not mental health specialists – but now my colleagues are having to deal with all these things on a daily basis.

“That just has a massive drain on your resources. It will eventually crack.”

There were 21,331 fewer police officers in England and Wales as of March this year compared with the same point in 2010, according to the Home Office.

Total officer numbers across the 43 police forces were at 122,404 as of March, the lowest number since comparable records began in 1996.

The Metropolitan Police has said that sales mean more resources are “available for effective and accessible policing” and that money would be invested in updating remaining buildings and improving IT services.

A Home Office spokesman said: “Police have the resources they need to carry out their vital work.

“However, we know the nature of crime is changing. That is why we provided a strong and comprehensive settlement that is increasing total investment in the police system by over £460m in 2018 -19, including increased funding for local policing through Council Tax precept.

A spokeswoman for the Mayor of London said: “Closing police stations is the stark reality of crippling Government cuts to the police budget which has contributed to officer numbers dropping below 30,000 in London for the first time in 15 years.

“Money saved from closing front counters will be used to protect frontline policing as much as possible, but quite frankly the Government has got to recognise it has cut policing and preventative services to the bone and instead begin investing properly to keep Londoners safe.”

THIS ARTICLE IS COURTESY OF PRESS ASSOCIATION