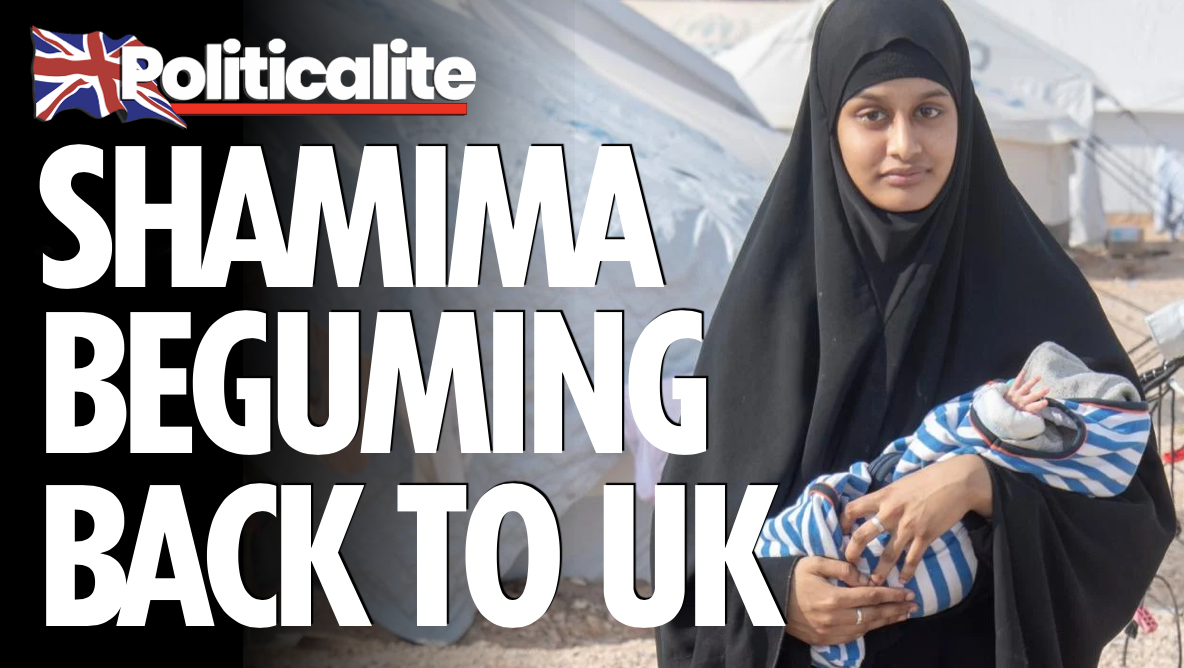 ISIS Bride Shamima Begum could return to the UK to pursue her appeal at losing her British citizenship, a court has ruled.

Shamima Begum who is one of three east London schoolgirls who travelled to Syria to join the so-called Islamic State group (IS) – should be allowed to return to the UK to challenge the deprivation of her British citizenship, senior judges have ruled.

Begum, 20, travelled to Syria in February 2015 and lived under IS rule for more than three years before she was found, nine months pregnant, in a Syrian refugee camp in February last year.

Ms Begum took legal action against the Home Office, claiming the decision was unlawful because it rendered her stateless and exposed her to a real risk of death or inhuman and degrading treatment.

In February, the Special Immigration Appeals Commission (SIAC) – a specialist tribunal which hears challenges to decisions to remove someone’s British citizenship on national security grounds – ruled the decision was lawful as Ms Begum was “a citizen of Bangladesh by descent” at the time of the decision.

The tribunal also found that she “cannot play any meaningful part in her appeal and that, to that extent, the appeal will not be fair and effective”, but ruled that “it does not follow that her appeal succeeds”.

Ms Begum’s challenge to the Home Office’s decision to refuse to allow her to enter the UK to effectively pursue her appeal was also rejected.

On Thursday, the Court of Appeal ruled that “the only way in which she can have a fair and effective appeal is to be permitted to come into the United Kingdom to pursue her appeal”.

The judge found that “the national security concerns about her could be addressed and managed if she returns to the United Kingdom”.

In its ruling, the court said: “If the Security Service and the Director of Public Prosecutions consider that the evidence and public interest tests for a prosecution for terrorist offences are met, she could be arrested and charged upon her arrival in the United Kingdom and remanded in custody pending trial.”

Lord Justice Flaux also said: “With due respect to SIAC, it is unthinkable that, having concluded that Ms Begum could not take any meaningful part in her appeal so that it could not be fair and effective, she should have to continue with her appeal nonetheless.”

He added: “It is difficult to conceive of any case where a court or tribunal has said we cannot hold a fair trial, but we are going to go on anyway.”

Ms Begum was one of three schoolgirls from Bethnal Green Academy who left their homes and families to join IS, shortly after Sharmeena Begum – who is no relation – travelled to Syria in December 2014.