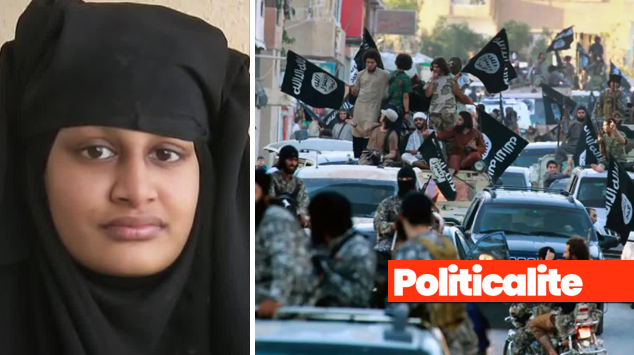 IN light of recent concerns that the vile Jihadist teenager who fled Britain to join Isis in Syria had been allowed to return to the UK, Home Secretary Priti Patel has now officially stated that there is ‘no way’ she will be allowed back.

Shamima Begum, 19, remains in the refugee camp where her baby son died within weeks of being born in February this year.

Begum holds one of her children, who died just a week after this photo was taken – sadly down to neglect and Begum’s lifestyle choices.

He was the youngest of three children the teenager, from east London, has lost in the four years since she left the UK – mostly due to neglect and exposure to harsh weather conditions.

The Jihadist bride smugly recalled her evil actions whilst in the willing service of ISIS to BBC news, stating proudly that she had sewn suicide belts together, had helped to implement strict, oppressive and sexist sharia law on the streets as an officer, and had seen bins filled with severed heads. 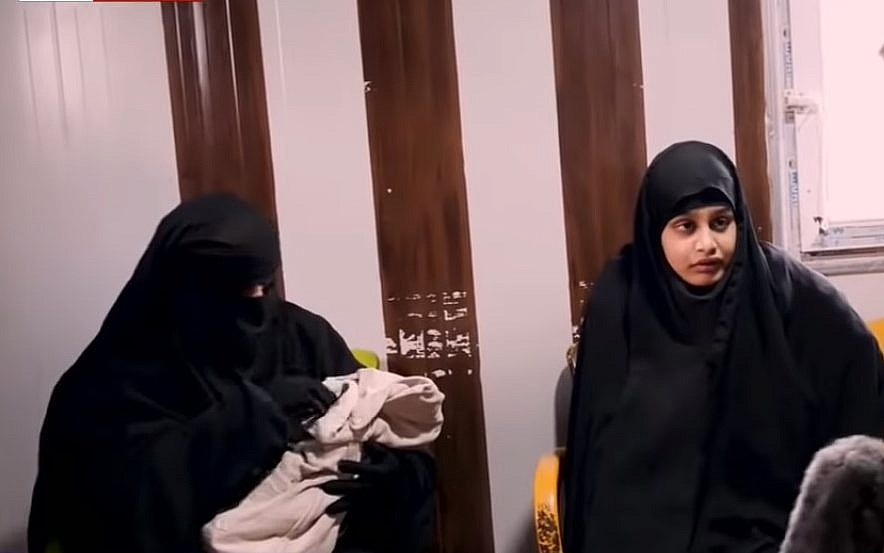 Last week she pleaded to be allowed to return home using the excuse that her mental health has been drastically affected.

Home Secretary Priti Patel has now, however, told Begum to give up on any hopes of being allowed to return.

One of Begum’s jihadi ISIS husbands has previously called for her to be allowed to return with him to the Netherlands.

It seems now – at least with Johnson’s government – the defeated Jihadist will be rightly left to rot in the bed that (only until its recent destruction) she so willingly helped to create.

EU Economy “Weakest It’s Been In Over A Decade” And Ready To COLLAPSE, New Data Reveals