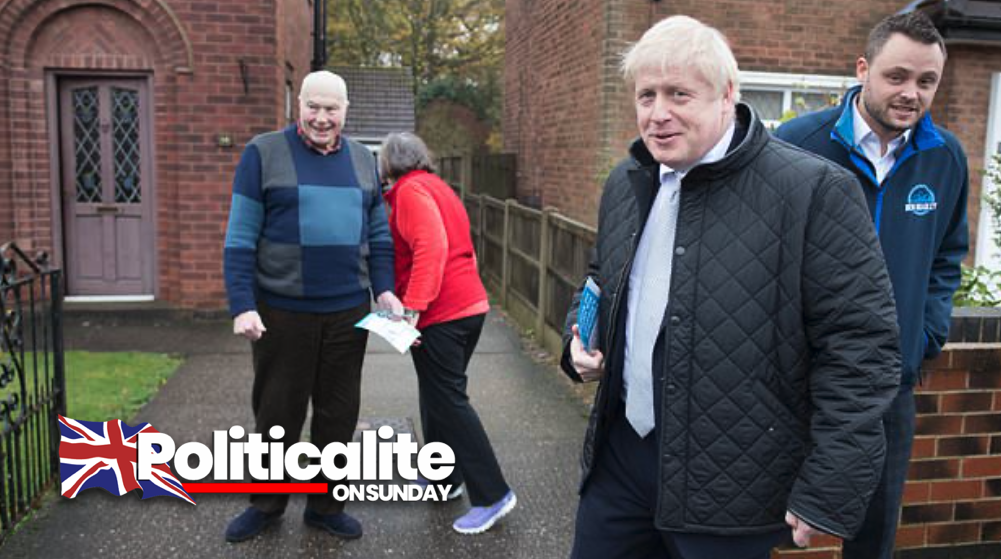 PRIME Minister Boris Johnson has said that all Tory parliamentary candidates have vowed to vote for his Brexit deal if he wins a majority at the General Election.

In an interview with the Sunday Telegraph, the frontronner said his pledge means that voters can be “100%” certain that a Conservative government will “unblock” Parliament and deliver Brexit.

Last month, Mr Johnson’s Withdrawal Agreement Bill was approved in principle at its first hurdle when MPs voted 329 to 299 for it, but the blow came when they rejected the hasty timetable by 322 to 308.

It effectively put paid to his promise – “no ifs, no buts” – to take the UK out of the EU by October 31.

Mr Johnson told the newspaper: “All 635 Conservative candidates standing at this election – every single one of them – has pledged to me that if elected they will vote in Parliament to pass my Brexit deal so we can end the uncertainty and finally leave the EU.

“I am offering a pact with the people: if you vote Conservative you can be 100% sure a majority Conservative government will unblock Parliament and get Brexit done.”

The Prime Minister has also moved to firm up his party’s immigration plans, after he appeared to row back from the promise of cutting immigration “overall” during the week.

On Thursday, Mr Johnson said the Conservatives’ promised points-based immigration system “may” mean the numbers come down “in some sectors”, after Home Secretary Priti Patel had earlier said a Tory government would “reduce immigration overall”.

Now the party is pledging to get “overall migration down”, and under a range of measures, the “vast majority” of migrants will need a job offer to come to the UK to work, regardless of where they are from in the world.

Meanwhile, a Savanta ComRes poll for the Sunday Telegraph, based on a survey of 2,052 British adults online from November 13-14, has the Conservatives on 41%, Labour on 33%, the Lib Dems on 14% and the Brexit Party on 5%.

The poll results came as Jeremy Corbyn said he had secured the “unanimous agreement” of senior Labour figures regarding the details of his party’s manifesto.

The document – expected to be launched on Thursday – was being billed as “more radical” than the manifesto campaigned on in the 2017 election.

Tensions were expected at the clause V meeting, particularly over immigration, but party chairman Ian Lavery told Sky News that discussions were “very amicable” with “very little disagreement at all”.

However, the Mail on Sunday said it was told that the free movement issue was “fudged”, with the newspaper reporting that the plan is to state in the manifesto that freedom of movement for EU citizens would continue if the UK stayed in the bloc but is a “matter for the negotiations”.

The Sunday Times reported that the party had scrapped a plan to maintain and extend freedom of movement, while the Mail on Sunday also reported that the manifesto is set to include a ban on working for more than 48 hours a week, a widespread nationalisation programme, the abolition of academies and free schools, an expansion of the sugar levy, and a new cabinet minister for women.

The Labour Party would not comment on reports about the contents of the manifesto.

Meanwhile, a parliamentary report found that Russian interference may have had an impact on the EU referendum but the effect was “unquantifiable”, according to The Sunday Times.

The newspaper said a report by the Commons Intelligence and Security Committee (ISC) could not say if Russian interference had affected the result of the 2016 vote.

Mr Johnson has insisted there was “absolutely” nothing to hide in the report which was not expected to be released before the December 12 election, sparking concerns about the delay.

Shadow Foreign Secretary Emily Thornberry said: “If it is correct that our security services have been unable to reach a conclusion about the extent or impact of Russian interference in the 2016 referendum, then it raises serious questions which require serious answers about the safeguards in place for the upcoming election.

“Boris Johnson therefore needs to clear up the confusion, spin and speculation around this ISC report by publishing it in full at the earliest opportunity.

“If not, people will rightly continue to ask: what is he trying to hide from the British public, and why?”