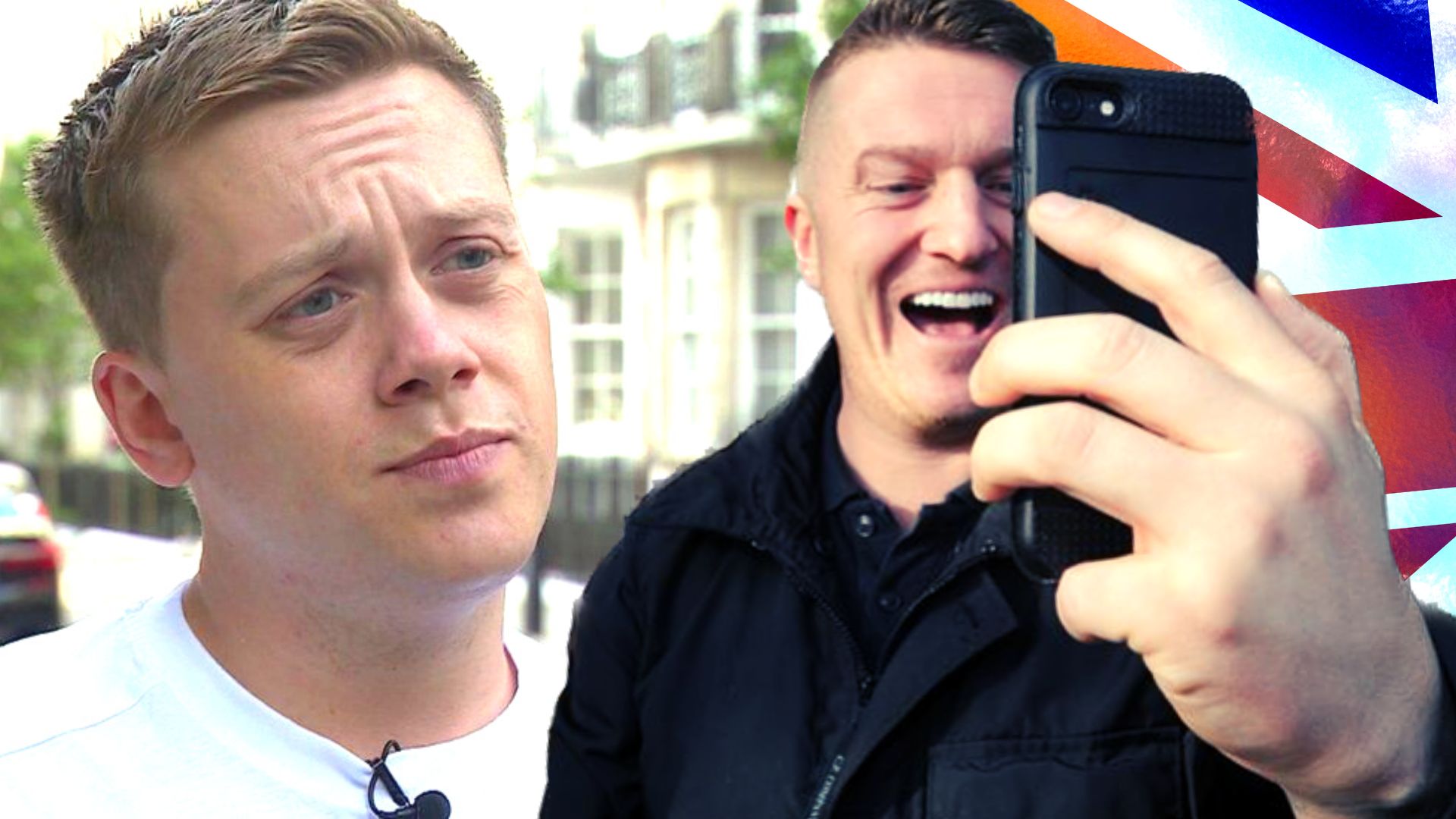 TOMMY Robinson made his much anticipated return to Twitter this week, and it didn’t take the OG anti-Establishment rebel long to send the network of Labour commentators into a complete meltdown.

Tommy – whose real name is Stephen Yaxley Lennon – was banned from the microblogging website in 2018 after a Establishment campaign led by Labour MPs and far-left activists and agitators in an attempt to silence YOU, the working class after Tommy spoke out on Grooming Gangs.

Robinson, 40 made a triumphant return to Twitter after being censored from mainstream social networks for FIVE years.

Tommy confirmed to Politicalite that the @TommyRobinsonNS account was his – delighting his army of real-right fans and he’s already gained a whopping 54,000 followers in a few short days.

A video of was posted by former Labour Party race relations advisor Hamila Khan – which showed Tommy eloquently discussing Western Foreign Policy and the Wars in Iraq and Libya.

Tommy said: “I love my country, but I hate my Government yea, and what I now realise as I look at what our Government is doing in Ukraine and look at the lies that are being spouted to the public, I look at Covid – I look at all of these lies yea, everything – and I sit there  and I think… we invaded Iraq.”

“I sit there and think to the Iraqis in this country at that time… when the bombs started going off and people start getting killed… which was a million people, all based on a lie… a lie that they knew was a lie at the time yea, they wanted rid of Saddam Hussain, probably over his petrol fuel strikes at that time that he done… they wanted rid of [him] yea – they took out a million people, they didn’t care… just to put their own puppets in charge of that country.”

Tommy went on to discuss former mad-dog Libyan dictator Muammar Gaddafi who was toppled in 2011.

“Gaddafi.. he was becoming the King of Africa yea, Africa was flourishing,  Gaddafi wanted his own currency… they had to take out Gaddafi, regime change again!”

“That war started the migrant crisis because Gaddafi used to stop them at the gates which was all planned… that brought the migrant crisis… so our British foreign policy and our government who preach down to all of us yea, have played us all… got us all battering each other whilst they open borders, whilst they destroy families and get everyone reliant on their state.”

Hamila Khan – who posted the video is the Labour Party’s former chair of its own BAME (Black Asian and Minority Ethnic) staff network and Governance and Legal from 2019-2022.

And get this… she agreed with everything Tommy had said in his video writing: “2023 and Tommy Robinson is more leftwing than the leader of the Labour Party. “

Labour loudmouth and Guardianista columnist Owen Jones however attacked his own side – telling a strong independent BAME woman with her own mind to delete her post – assuming she didn’t know Tommy’s radical political background.

He said: “This is a grotesque thing to post. Tommy Robinson is a far right extremist, and nothing he says here is left-wing.”

“The BNP opposed the Iraq war. They did not do so from a left-wing perspective. Neither does Robinson, who rails here against “open borders”. Please delete this.”

Hamila didn’t back down and simply asked Crybaby Owen Jones “please can you explain why I should delete this Owen?”

He hit back with the usual far-left tripe: “Because he’s a far right extremist who needs to be defeated, not legitimised? “

“The BNP opposed the Iraq war. Would you have approvingly shared videos of the then BNP leader Nick Griffin opposing the Iraq war?”

He then hit back with a degrading and sexist tone and tried to “mansplain”  to the former Labour Party aide.

“He talks about this in the video. How do you not understand this.” Owen replied.

He then falsely claimed: “One of the main reasons Tommy Robinson opposes Western wars is because he doesn’t want more Muslim migrants coming into the country.”

Hamila took the final knockout blow and replied: “I oppose Western wars and the destabilisation of the Middle East did cause an influx of displaced Muslims around the World. “

“I want Muslims to be safe in their own countries so they don’t have to flee.”

LI have more in common with TR here than our govt and it’s opposition.”

And that’s why the establishment is so frightened of Tommy Robinson – he’s turning lefties far right!

Let THAT sink in.