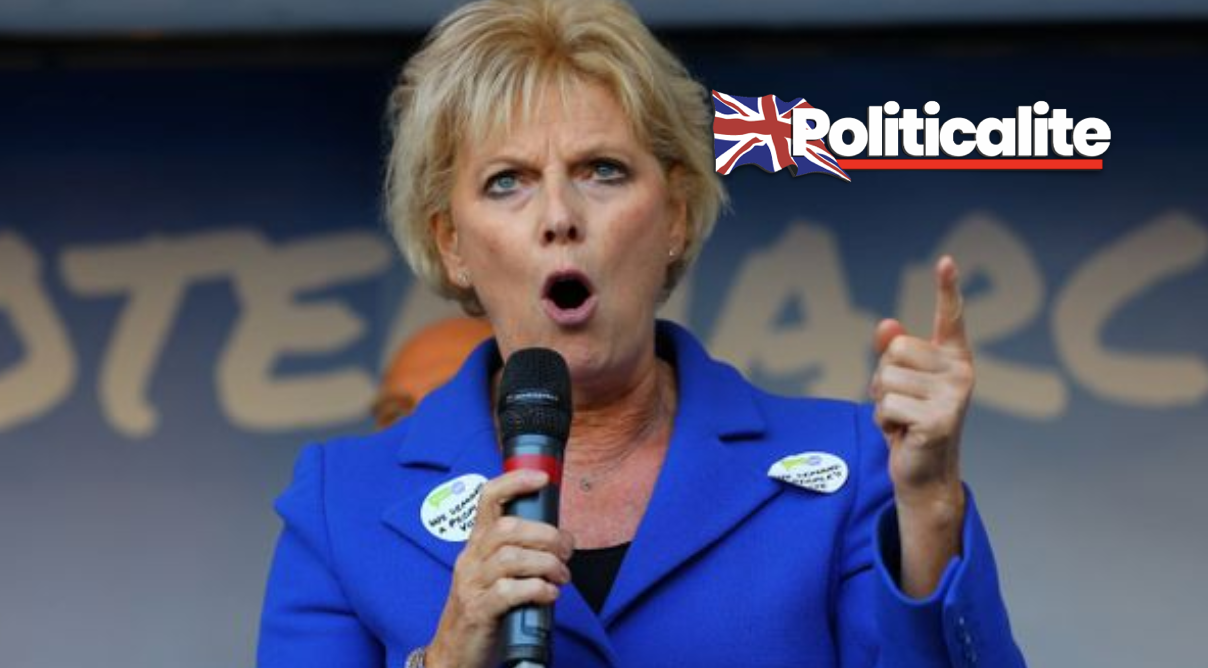 EUROPHILE Anna Soubry – the ex-Tory MP who lost her seat after calling for Britain to remain in the EU, despite the majority voting to leave, has now turned on the EU following the vaccine row.

Anna Soubry, an Arch-Remoaner partially walked back her support over the continental bloc, calling it ‘not perfect’ on social media.

Such a backtrack came after the European Union was widely criticised on all political sides by blocking vaccine exports to Northern Ireland by introducing checks on the border – of which triggered Article 16 of the Northern Ireland Protocol.

Government Minister Michael Gove then admitted that the bloc had realised they had ‘made a mistake’ with their decision.

On her Twitter account, Soubry – one of the most noted and outspoken Europhile politicians in Britain, and a major face in the People’s Vote campaign, which advocated for a second EU referendum – backtracked her previous support. She stated that her side ‘never said the #EU was perfect’ and ‘needed reforming’.

Following this, many mocked Soubry for her partial backtracking. Eurosceptic campaign group Leave.EU openly mocked Soubry, calling the ‘Remainer row back… glorious’, while Good Morning Britain host Piers Morgan (whose tweet Soubry was initially replying to) called out her supposed hypocrisy stating that ‘If the situation was reversed… then you would definitely be blaming Brexit’.

Soubry had previously served as an MP between 2010-9, under several parties. She was initially a Conservative Party MP for most of the decade, and served in many Ministerial roles, including Parliamentary Under-Secretary of State for Public Health, where she caused controversy over her views on euthanasia. She later, alongside several other Europhile Conservative and Labour MPs started Change UK, of which subsequently collapsed and split following the party’s dismal performance at that year’s European Elections. Soubry was later voted out later that year, where she came third, standing under the Independent Group For Change banner as its new leader.