STORMY'S MUM: "It's a good job she quit Big Brother, she would've slept with ALL the men"
Advertisement 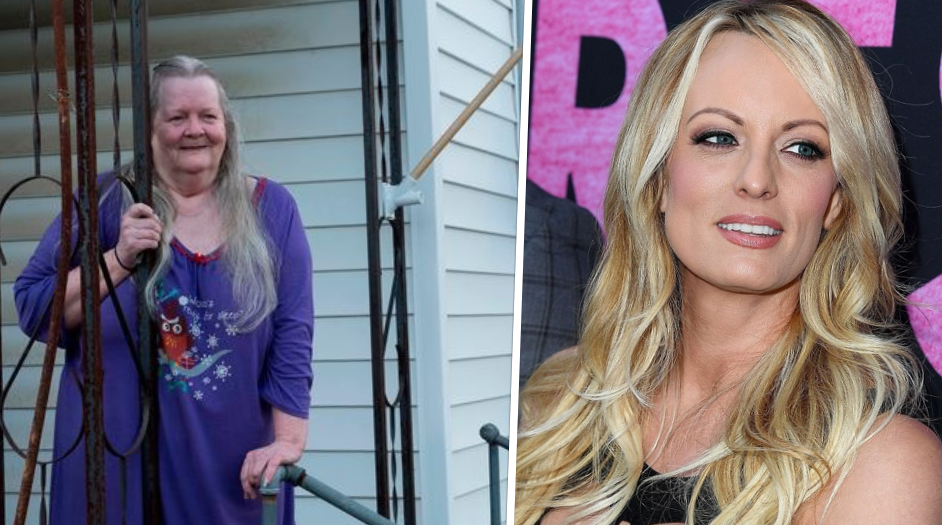 STORMY Daniels Trump supporting Mum has hit out at Stormy Daniels and has said ‘all women hate her’ and practically branded her a whore.

Shelia Gregory, 64 told The Mirror: “I could have told them she’d be trouble. The girls would have hated her. All women do.”

“She’d have had the men in the palm of her hand just like she did Trump. She’d have slept with them all. ­Stephanie cannot be without male attention. She craves it.”

And for anyone doubting her, Sheila has one simple message: “Go and speak to any of her SIX ex-husbands.”

On President Trump, Stormy’s mum said: “Sure I voted for him,

“The guy has balls the size of coconuts and gets things done.”

“I like him. It’s time this country is put back where it belongs and he will take us there.”

ON HER SENSATIONAL BIG BRO WALKOUT

SHELIA slammed Stormy and said: “She walks away from everything in her life. By going into Big Brother she was also walking away from her girl, Caden, for three weeks.

“Perhaps she realised if she went chasing the million dollars she’d been offered to appear, she could have lost Caden for good.

“She is going through her sixth divorce now and any judge would be shocked to think she could leave her child so long.

“Caden is seven for Christ’s sake. Every seven-year-old needs their mom. Why she ever thought she could go in Big Brother, who knows? Ever since she became an adult ­Stephanie has always been selfish.”

The only thing that seems to matter to her is herself – and the attention she gets from men.”

She says: “Her fans think she has been married three times but I know of six she has walked down the altar with. There has been Andy, Brian, Jay, Pat, Mike and Glendon. Each one has ended in divorce.”

And Sheila thinks Trump could have been Stormy’s seventh.

She says: “If things had worked out differently he could have been my son-in-law. He’d be older than me though.”

Big Brother said in a statement: “Stormy Daniels was booked to appear on the show several months ago and hours before the show was due to go live, informed the production team that she no longer wished to enter the house as previously agreed.”