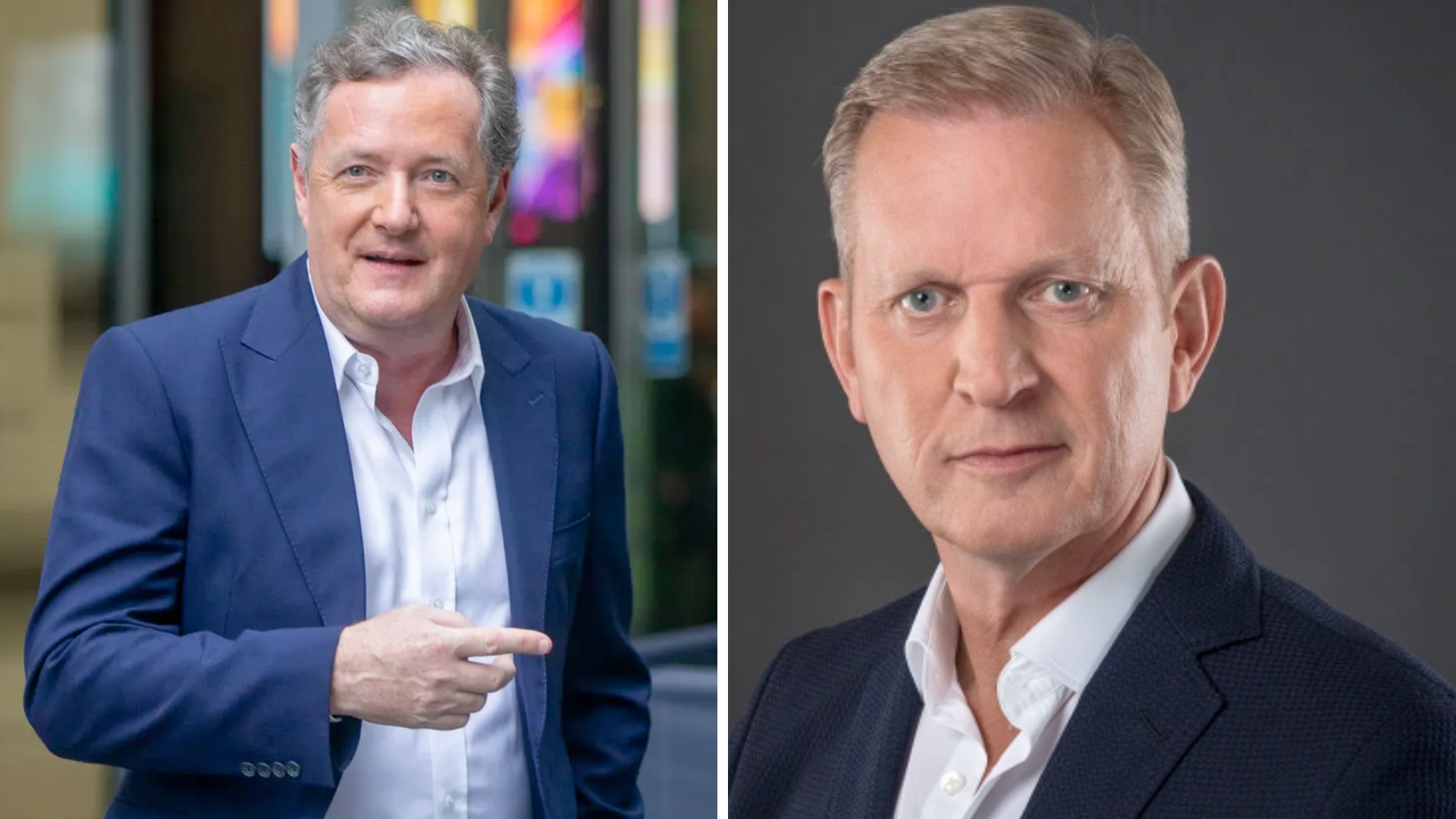 PIERS Morgan, Sharon Osbourne and Jeremy Kyle are back on TV in a few weeks.

The new channel will feature a primetime programme fronted by the former Good Morning Britain presenter, will go to air for the first time on Monday 25th April with the UK launch of TalkTV on all major linear TV platforms.

TalkTV claims to be a bold new voice in news, current affairs, debate and opinion.

Piers Morgan Uncensored will celebrate free speech and the right for people to share their views. In a global first, the new and unique sixty minute daily show will be broadcast on weeknights in the UK.

The show will be broadcast live from state-of-the-art studio facilities in Ealing.

The primetime launch schedule will also see the debut of The Talk featuring the legendary Sharon Osbourne. Airing weeknights on TalkTV, the panel debate will bring together five opinionated famous faces – all from different backgrounds and with differing views – to debate the most interesting stories of the day.

Covering topics from the UK and around the world, the panellists will serve up their outspoken views in an honest and straight-talking debate. Across sixty minutes, the five personalities will deep dive into the issues most affecting viewers, from news to politics, crime to health and entertainment to sport.

The lively, hour-long prime time show will give viewers the news that matters to them in a straight and balanced way. News UK’s world-beating stable of specialist journalists from print and broadcast will join Tom every night to share the very latest in their fields, from The Times‘s political team to The Sun‘s showbiz desk, talkSPORT‘s correspondents as well as business reporters from across News Corp’s titles. It will also feature agenda-setting interviews and a regular discussion with a peerless panel drawn from across the political spectrum including: Adam Boulton, Anas Sarwar, Bim Afolami, Emily Sheffield, Grace Blakeley, Isabel Oakeshott, James Slack, Kate McCann, Miatta Fahnbulleh and Tan Dhesi.

TalkTV’s primetime schedule will also be simulcast on TalkRadio. And TalkRadio’s roster of daytime talent, including Julia Hartley-Brewer, Mike Graham, Ian Collins and Jeremy Kyle, will be broadcast on TalkTV. TalkRadio has seen fast growth in recent years across all platforms, including digital radio and the TalkRadio app, on YouTube and has been broadcasting successfully on TalkRadio TV since last year.

As part of the partnership with Sky, TalkTV will also be launching on Sky’s new streaming TV, Sky Glass, in the coming months.