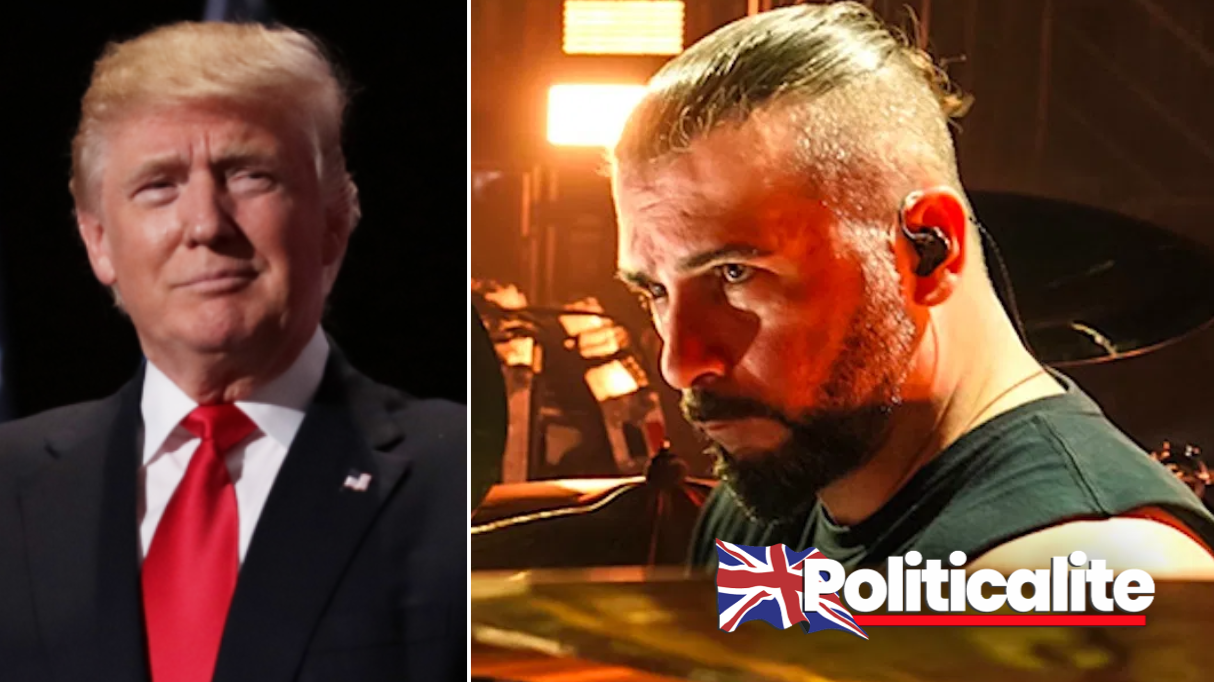 IN ANOTHER showing of celebrity support for President Donald Trump, System Of A Down drummer John Dolmayan has come out and praised him, calling him the ‘greatest friend to minorities’, and shared a quote from Trump where he boasted that he had done ‘more for the black community than any President since Abraham Lincoln’.

In the Instagram post, he shared a picture in which Trump complimented and his administration for their work to minority communities, mainly that of passing ‘Opportunity Zones with @SenatorTimScott [of South Carolina]’, ‘school choice’, ‘lowest black unemployment’ among other measures, of which have helped those communities in the long term. In the accompanying text, Dolmayan argued that ‘let’s not let the narrative that’s being spun make us forget the truth of this statement’ and that ‘the most attacked president in history yet the greatest friend to minorities!’

Let’s not let the narrative that’s being spun make us forget the truth of this statement. The most attacked president in history yet the greatest friend to minorities! Don’t believe it ? Look at the stats . Don’t like it , doesn’t change the truth of it.

Meanwhile, in other posts Dolmayan has argued for more peaceful protests in the wake of the killing of George Floyd by a Minneapolis police officer (which has led to rioting across the United States), arguing that it would unite all people of ‘political ideologies’, and called for unity among a ‘perceived divide’. He has also paid tribute to the retired St. Louis police captain David Dorn, who was killed during the rioting that took place. Dolmayan is one of several musicians to have come out in support of President Trump, of which has also included rapper Kayne West and former Nirvana bassist Krist Novoselic.

The nu metal band, made famous by singles such as ‘Chop Suey!’ and ‘B.Y.O.B’, have been political throughout its career (partially owing to their Armenian heritage), including criticising the Iraq War, globalisation and playing a free show in commemoration of the Armenian Genocide. This has led to some controversy in the past, especially with frontman Serj Tankian (who condemned Trump as a ‘corrupt authoritarian leader’) and his comments on the 9/11 terror attacks. The band is currently on hiatus, following controversy and delays surrounding a release date for their sixth album.