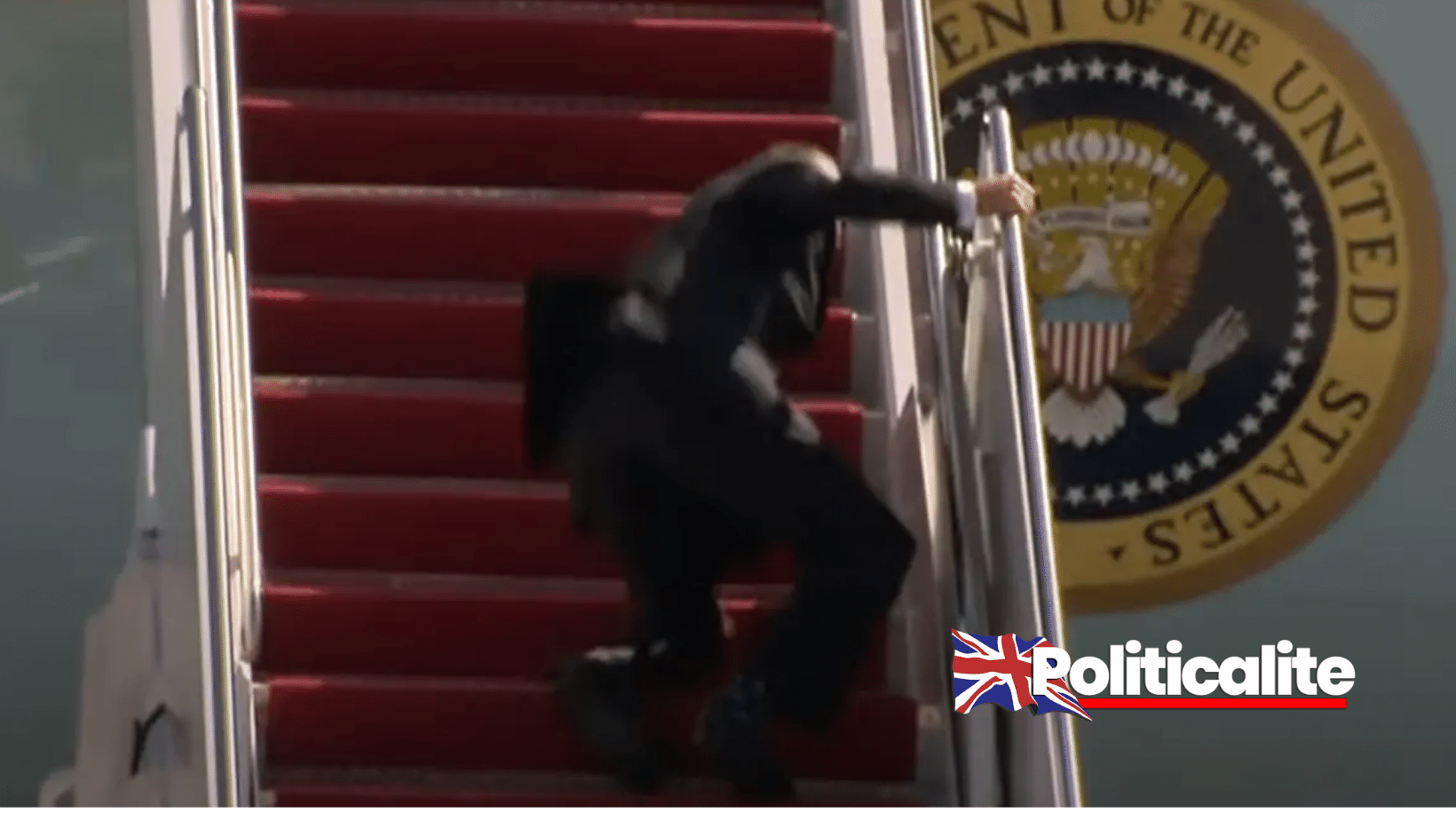 PRESIDENT Joe Biden has been filmed falling over again whilst walking up the steps to board Air Force One – with some commentators comparing it to frail scenes of Trump struggling to lift a glass of water.

Last month, the President was seen struggling to make it up the steep carpeted steps, while today, Biden slipped no less than three times before making it to the top.

Donald Trump holding a glass of water and walking slowly down a ramp was evidence that he wasn’t well. Interesting to see how same media will cover Joe Biden’s fall here. pic.twitter.com/XEa4r4OpeC

The incident has reignited questions over Biden’s health, and whether it is right to impose an age limit on those seeking to take the office, having had two Presidents in Trump and now Biden who are both in their seventies.

BLOOD ON THEIR HANDS: EU Failures Now Leading To MORE Covid Deaths Than During First Wave