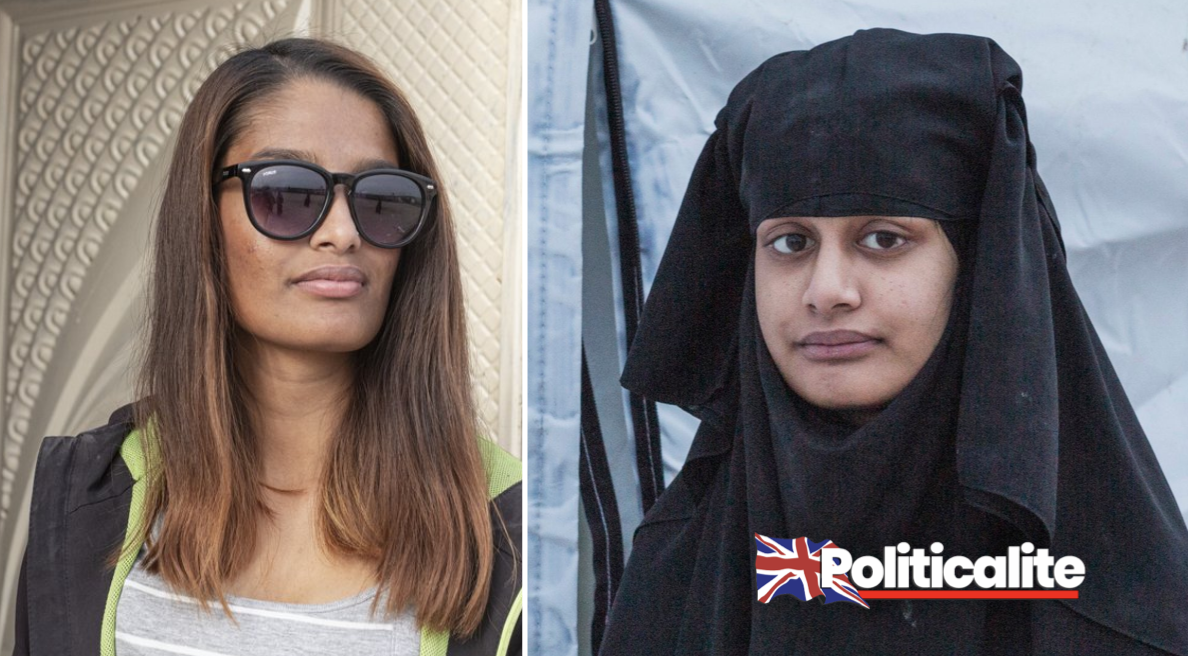 ISIS Bride Shamima Begum has ditched the Burqa for western clothes a few weeks after being blocked from returning to Britain by the Supreme Court.

Begum, now 21 fled to Syria to join Islamic State in 2015 and lived under I.S. rule for more than three years before she was found, nine months pregnant, in a Syrian refugee camp in February 2019.

? EXCLUSIVE: Shamima Begum seen in make-up and Western clothes as she seeks break with IS past.

Tracked down by the Telegraph, the one-time London schoolgirl declined to be interviewed, but agreed to pose for photographs.https://t.co/JQXTFYPdle pic.twitter.com/1WTkiA0nFX

Ms Begum took legal action against the Home Office, claiming the decision was unlawful because it rendered her stateless and exposed her to a real risk of death or inhuman and degrading treatment. but the Supreme Court blocked her re-entry last month.

Ms. Begum was pictured on Sunday in by The Telegraph wearing trendy sunglasses and a striped T-shirt, joined hands.

She but declined to be interviewed due to legal advice.