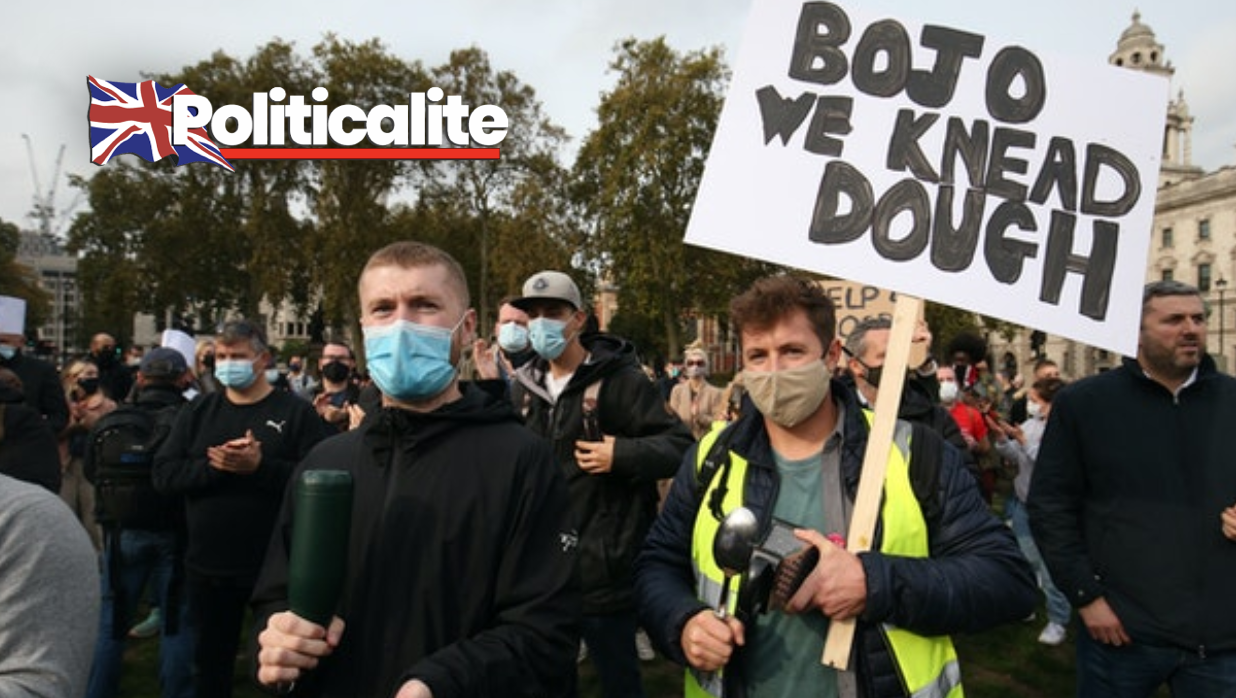 HOSPITALITY Workers in London held a massive protest today in central London over the Tier 2 lockdown.

The celebrity chef Yotam Ottolenghi also joined the protest staged a noisy demonstration in the capital in which they branded Boris Johnson’s Tier 2 Lockdown “devastating”.

Around 200 workers, from farmers to chefs and events organisers, filled Parliament Square with a metallic uproar by banging metal cooking utensils on Monday morning.

Mr Ottolenghi, 51, a chef and food writer who specialises in Middle Eastern cuisine, told the PA news agency that new Tier 2 restrictions in the capital will “kill viable businesses”.

“It’s really hard, we’ve got a great industry with lots of heart, and nobody works in the hospitality industry to get rich, we do it because we love what we’re doing – and there’s so many people who depend on it,” he said. 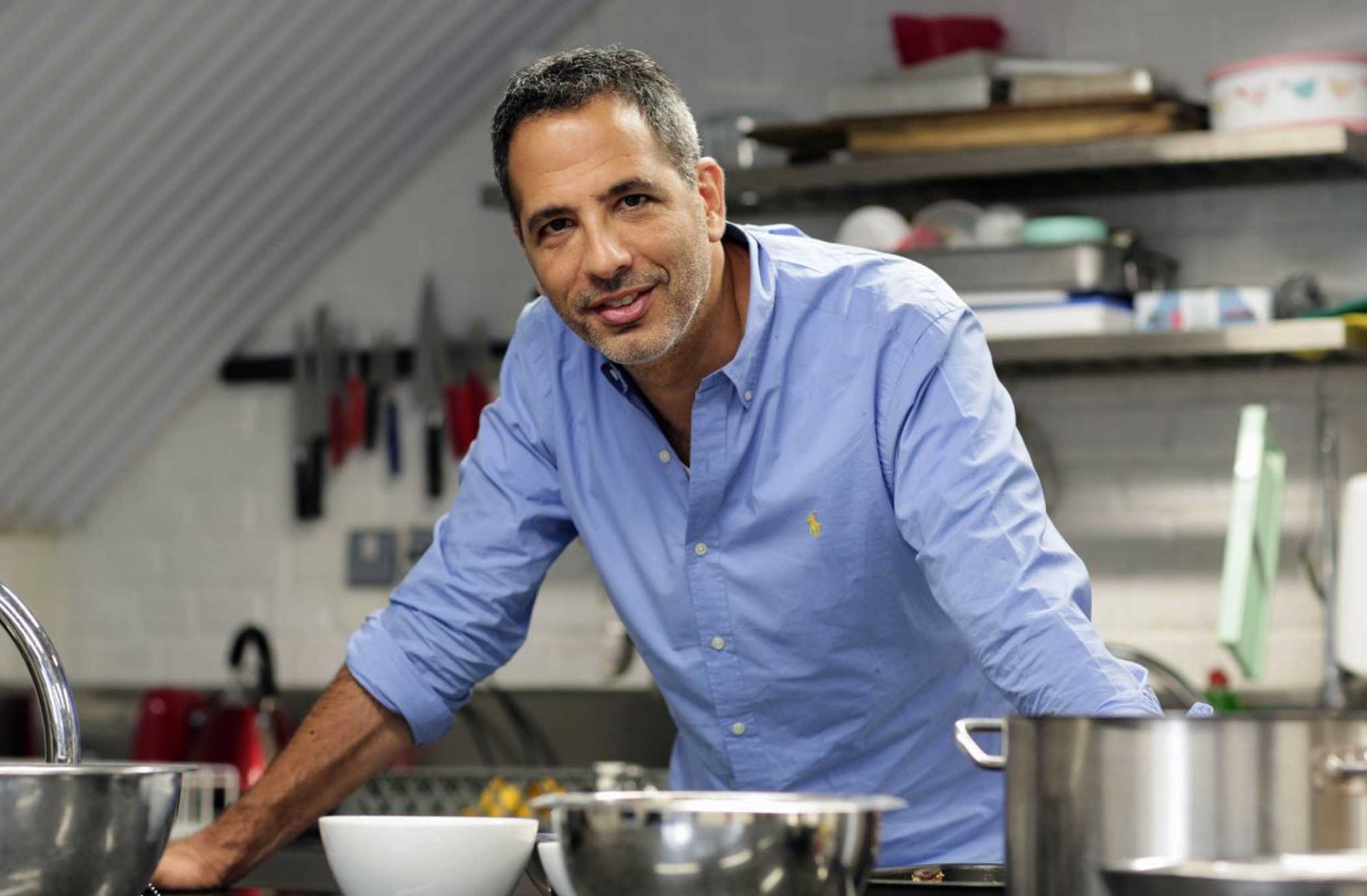 Mr Ottolenghi, who has been writing recipe books while being unable to cook as usual during lockdown, said: “We really really need proper Government support for our staff if we’re going to carry on, because otherwise we just won’t be able to.”

The chef, who owns six restaurants in London, said he would prefer a circuit-breaker lockdown with support similar to the furlough scheme rather than see the industry “killed” by ‘tiered’ restrictions. 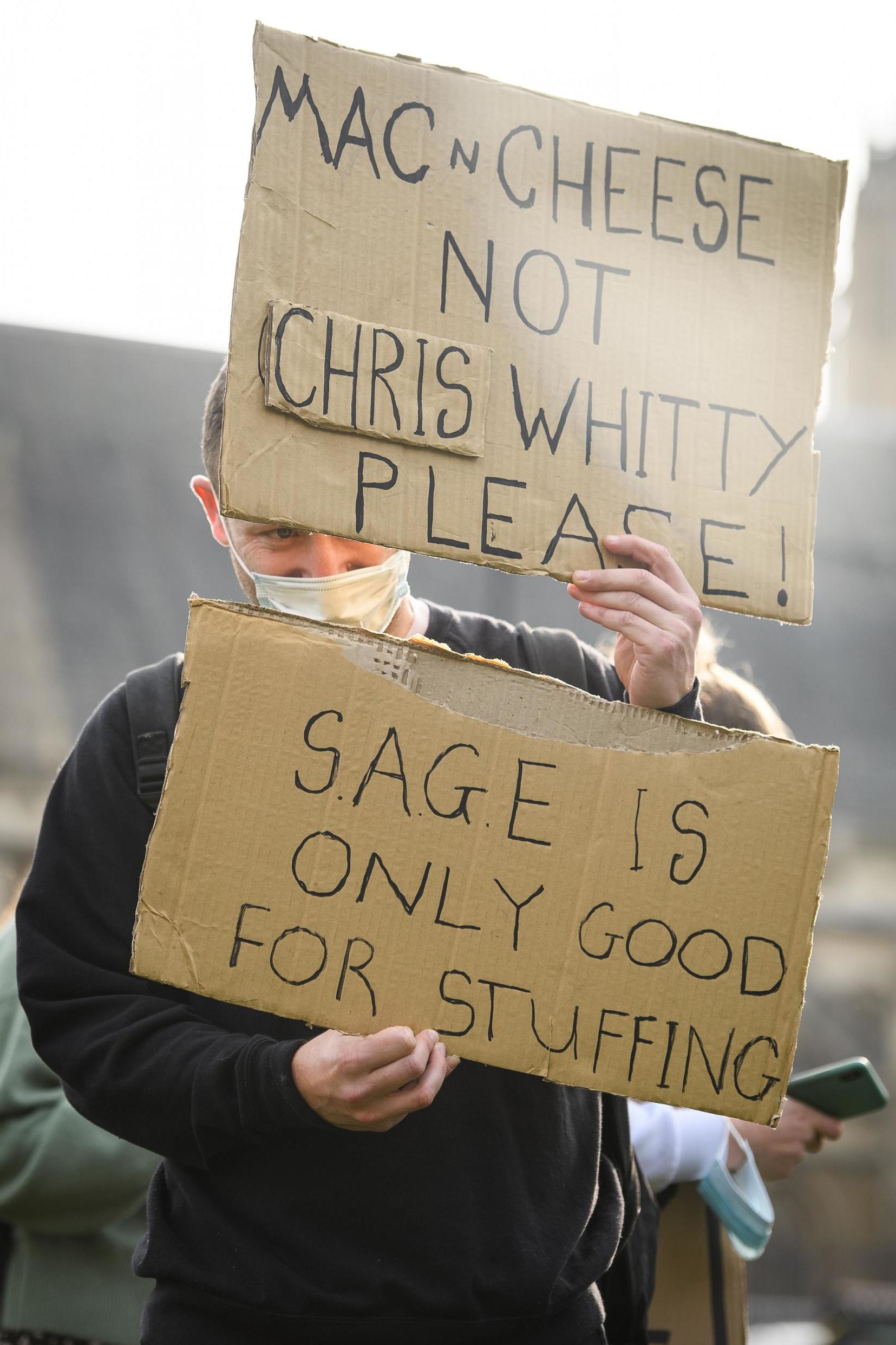 Max Ruddle, a farmer who supplies restaurants and bars in London, was protesting against the lack of financial support for the whole supply chain, while protesters wearing face coverings waved signs reading: ‘Boris you’re barred’ and ‘Today’s Special: Poverty’.

Mr Ruddle, 32, said: “We’re making a noise so that they over there (politicians in Parliament) can start creating solutions instead of making more problems.
“We just need a bit of support so we can keep supporting our families.

“When one (restaurant) closes, it has a knock-on effect, and the chain reaction is devastating.”

Ronnie Murray, the executive chef for events industry firm Camm and Hooper, who serve six venues in London, said he has been relying on the furlough scheme since March. 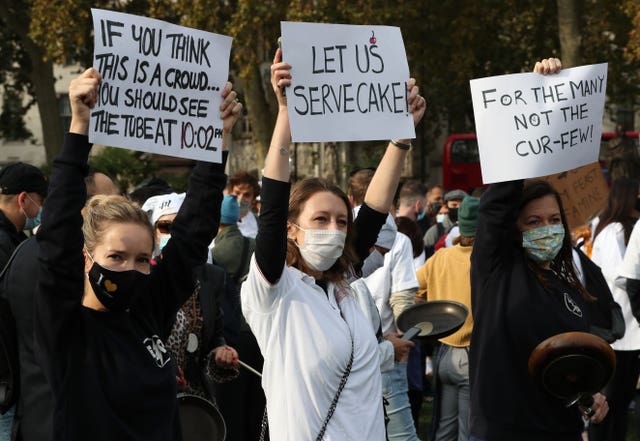 Wearing chef whites and a toque, he said: “I don’t know whether we’re going to be made redundant, whether something’s going to happen or not – it’s not looking great.

“It looks like lots of restrictions have been put in place without anyone in the industry being consulted, we’ve not been able to advise the Government on what would work better.”

London Mayor Sadiq Khan also voiced his support for protesters who are “deeply anxious about their future”.

He said: “The 80% furlough scheme was a lifeline for many businesses at the start of the pandemic, and it is this level of support London’s hospitality sector now needs to prevent further widespread unemployment and ensure this world-leading sector can return to business when the virus is under control.

“Until the Government gets a grip on this virus, ministers have an obligation to give businesses the support they need to survive while restrictions remain in place.”