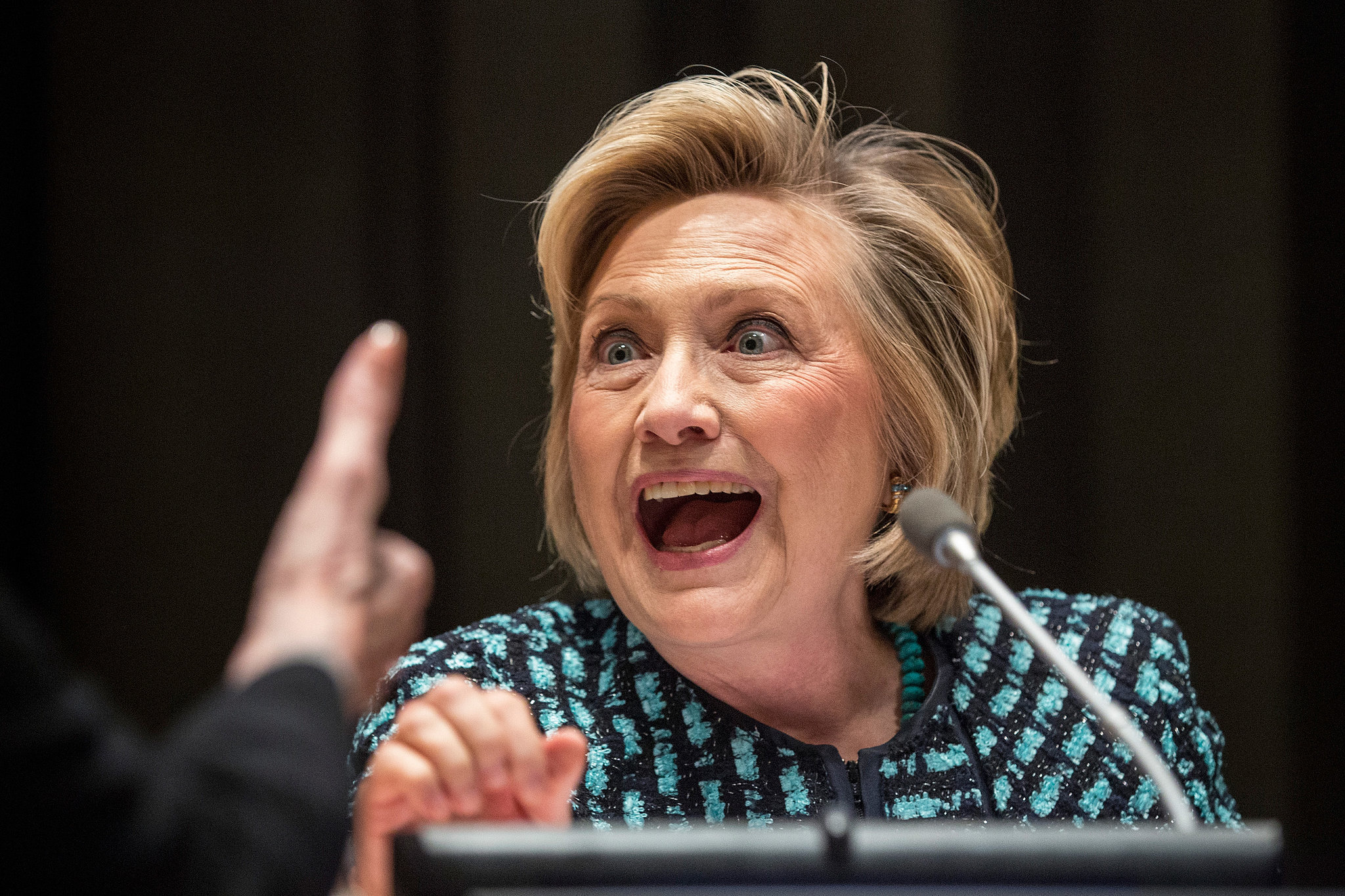 I do wonder what the snowflake left would have said if Donald Trump had said this. Hilary Clinton, speaking to Kara Swisher of Recode,  corrected her host who had got confused between Cory Booker and Eric Holder – both prominent figures in the Democrat Party. Booker is the only  Democratic black man serving in the Senate, while Holder is a prominent party figure who served as President Obama’s Attorney General.

Swisher asked Clinton; “What do you think of Cory Booker … saying, ‘Kick them in the shins essentially’?” The Former First Lady and Secretary Of State pointed out “Well that was Eric Holder.”

Having just defended political correctness as essentially a form of politeness, Clinton replied ‘I know, they all look alike,’ apparently taking a poorly-aimed shot at her questioner.

Clinton’s wisecrack comes as Donald Trump is being scapegoated for the Pittsburgh Tree Of Life Synagogue shooting by the liberal media on both sides of the Atlantic from The Guardian to CNN. As I said, it all does beg the question what the media would say if Donald Trump had done the same as Mrs Clinton has just done.