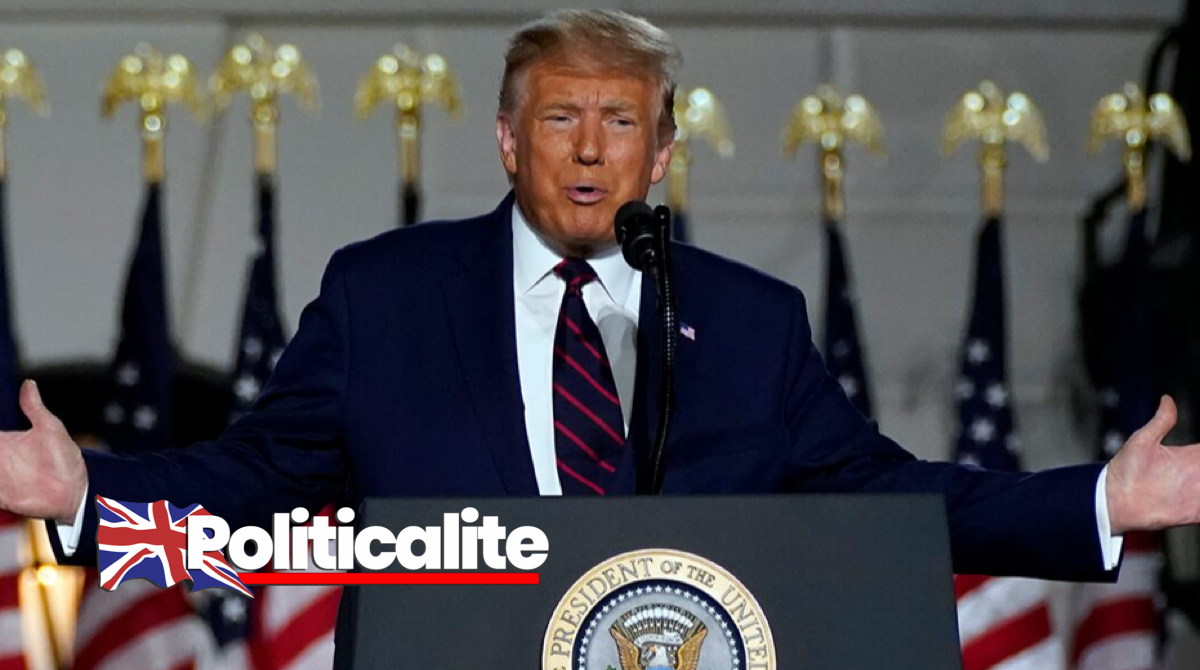 PRESIDENT Donald Trump has called out the far-left organisation Black Lives Matter for their Marxist origins.

In an explosive interview with Fox News‘ Laura Ingraham for her show The Ingraham Angle, President Donald Trump has condemned the far-left Black Lives Matter organisation as a ‘Marxist’ one, and has called the various corporate donors ‘stupid rich people’ of who would be very badly treated by BLM if they got in to power.

When asked why he felt that Black Lives Matter’s rich sponsors were ‘weak’ in his words, Trump responded by stating that they were taking the ‘easy path’, but was a ‘very dangerous’ one as well, citing that ‘Black Lives Matter are a Marxist organisation’ of who would put their lives in ‘danger’. He also condemned their anti-police stance, citing the infamous footage from a protest of BLM from St. Paul in Minnesota in 2015 whereby their activists shouted ‘pigs in a blanket, fry them like bacon’, which he claimed was the ‘first time’ he ever heard of the organisation.

He also condemned many Democrats, including Kate Brown and Tony Evers the governors of the states of Oregon and Wisconsin respectively for clashing with and being uncooperative with him, although he praised the latter for allowing him to send in the National Guard to crush riots in Kenosha, something the former didn’t do. He also argued that his Democratic opponent Joe Biden was a ‘weak person’, who would be ‘controlled like a puppet’, arguing that his policy programme was ‘far to the left’ of Biden’s main former rival during the Democratic Primaries Bernie Sanders.

During the rest of the interview, he discussed other topics, ranging from his lack of support with female voters to which he promised to crack down on ‘law and order’ of which that demographic support, to his relationship with the controversial Dr. Anthony Fauci, to which he stated that they got ‘along well’, but had ‘clashes’, particularly over China. Politicalite has previously covered the Marxist ties of Black Lives Matter, to their founders’ self-admitted Marxist leanings, their connections to the socialist leader of Venezuela Nicholas Maurdo and their financing by former communist terrorist Susan Rosenberg. Trump is standing for re-election in the 2020 Presidential race, against Democratic nominee Joe Biden.

POLICE STATE BRITAIN: Piers Corbyn FINED £10K for Anti-Lockdown Protest
HOME MAKEOVER: Is an Extension the Right Home Renovation for You?
To Top