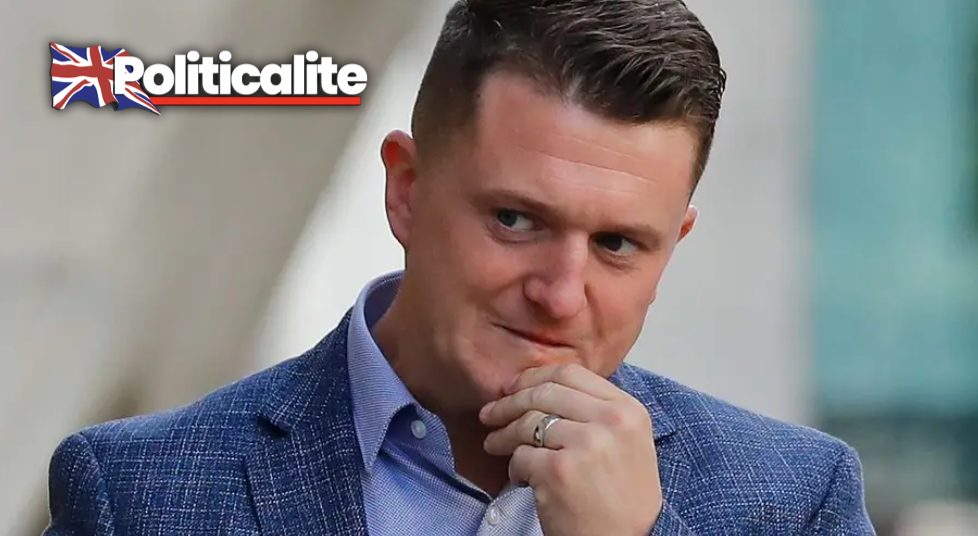 TOMMY Robinson has been forced to flee the country to Spain after an arson attack on his family home, that is owned by his wife, he has claimed.

The controversial right-wing activist and journalist told his followers on Telegram that he has left the UK with his wife and children and does ‘not feel safe’ in Britain.

Robinson, 37 was due to hold a rally to ‘Deport the Rochdale Three’ in Parliament Square on 1st August but will no longer be able to attend after the Governments 14-day quarantine rules, but said he will still give a speech via video link.

Tonmmy said in his video: “I was due to be coming back for a demonstration on Saturday. There’s something I haven’t told everyone, I had an incident quite a few weeks ago with an arson.”

“And I’m looking at relocating my family which is pretty hard to do and especially during Covid – I couldn’t even get a hotel… trying to get a hotel, couldn’t even find a hotel to move them out to.”

“So obviously my wife has had enough of everything. Someone gave her somewhere to stay, so we left the country.”

“And I was due to be flying back for a demonstration, obviously now with this 14-day quarantine, if I fly back, I probably won’t get back out.”

“My kids are out here, I’m still in the process of finding a permanent relocation for them. I’ve got new schools for my daughters, but that’s just an update.”

“So I’m playing paddle – it’s a mixture between tennis and squash. But I’m sorry, I’m just letting people know because people were saying ”what, he’s still away”… because of my family are away, because I need my family away because they’re not safe basically.”

“And it wasn’t Muslims that did this, it was after all the BLM stuff. I think I know who it was, so that’s just an update, I will… I tried to go live, the reception here is ***.
‘I’ll go live tomorrow night or something. But that’s just letting you all know I won’t be there… the demonstration is still on, I’ll be doing a speech, it’s still on in London for Hearts of Oak.”

“Just an update from me to say unfortunately I’ve got my flights booked but because they changed the regulations on Covid I won’t be able to come back.”

“And I would come back but my kids and family are out here, I literally drove out here with them. Peace.”