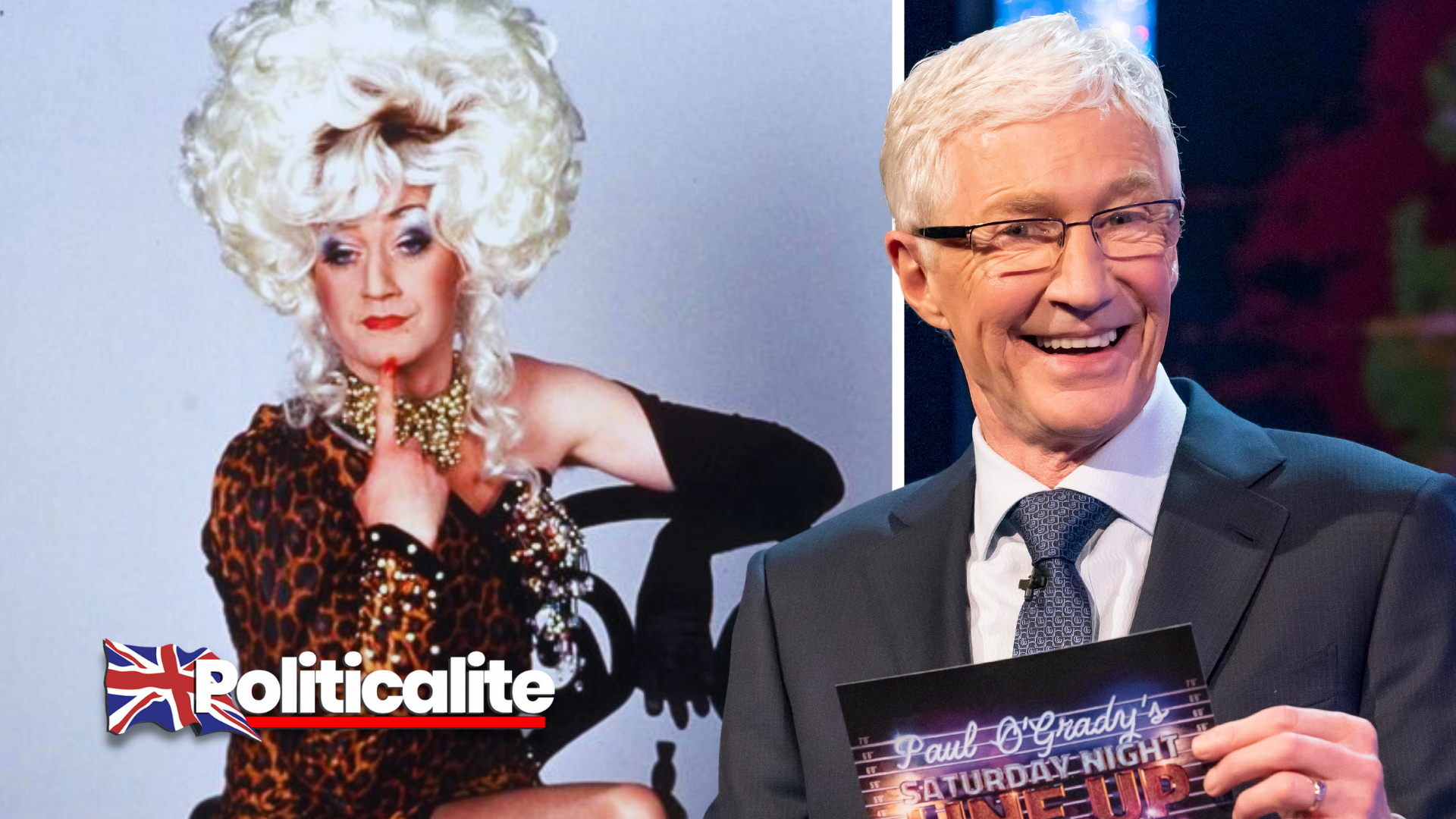 PAUL O’Grady has said he wouldn’t be able to bring back his savage alter-ego Lily Savage because of cancel culture.

Working-class Paul, 66 who is fronting a new Saturday Night Telly show, rose to fame in the late 1980s and early 1990s said his foul-mouthed alter ego Lily would be cancelled by the woke mob of 2021.

He was a regular on Granada TV’s This Morning when it was based in Liverpool in the 1980s and went on to host a teatime ITV show and even fronted Blankety Blank and Lily Savage specials on the BBC.

Savage, who was billed as the heavy-drinking, drug-abusing former hooker who even fronted an advertising campaign for Schweppes’ Oasis drink with the tagline “open, pour, be a whore once more” told The Sun that wokies would “instantly cancel” the foul-mouthed ‘slag’ the moment she took to the stage.

Paul said: “People say to me, ‘Would you do Lily again?’ And I say, ‘Good God no, I wouldn’t last five minutes’.

“It’s just the things that she comes out with. It’s a different time now. They probably wouldn’t like the inference that she was a lady of the night — she’d have to say she was a sex worker or just, ‘Worked in hospitality’.”

She once appeared ‘drunk’ on the hit daytime show, creating mayhem and winning over millions of housewives and students – but he fears Lily would be “cancelled” within five minutes by the woke brigade in 2021.

Lily, who went on to front raucous foul-mouthed shows in the presence of Princess Diana on ITV and the BBC in the late 90s was embraced by Brits as he tore into celebs and made outrageous statements.

In one infamous never-broadcast clip from a recording of ‘The Lily Savage Show’ at the BBC in 1998, Ms Savage mimicked a German Nazi S.S. officer and joked she would be “like Anne Frank” to raucous laughter. The footage was declared ‘too hot for BBC TV’ even in 1998.

She said: “This is the floor manager Simone by the way.”

“Fuck me, The SS lost a good woman when you retired I tell ya.”

The Liverpudlian comic returned to Saturday nights with a brand-new comedy entertainment show, asking much-loved celebrities to pit themselves against each other, to find out what the great British public really thinks of them, made the remarks last month.

The glittering studio-based series will be bursting with celebrity revelations, as four showbiz guests from the worlds of TV, film, sport and music join Paul each week. Throughout the show, the famous faces are asked to literally line up in order of best to worst or most to least, in response to a variety of questions, scenarios and dilemmas presented to them by Paul.

Who is the richest? Who is most likely to have a midlife crisis? Who would the public most want to go on date with? All the scenarios presented to them are guaranteed to provoke surprising revelations and sparks of rivalry between the celebrities as they compete to correctly guess where the public would place them in relation to the question. In addition, a special question will be posed by a surprise guest celebrity each week, giving their own view on how the stars measure up.

To win a point, the celebrities have to try to match their position in the line-up with the order that the surveyed 1000 members of the British public have put them in. But how well do they know the public’s perception of them?

Host Paul will play ringmaster and is never short of a story himself. He will be giving his showbiz guests a run for their money when it comes to hilarious anecdotes, whilst bringing a bit of mischief to the proceedings.

At the end of each show, there is a fast and furious quick-fire round against the clock, before the celebrity guest with the most points is declared the winner and receives a Mystery Prize from Paul.

Paul O’Grady’s Saturday Night Line Up airs on Saturday nights on ITV and is available to stream on the ITV Hub.