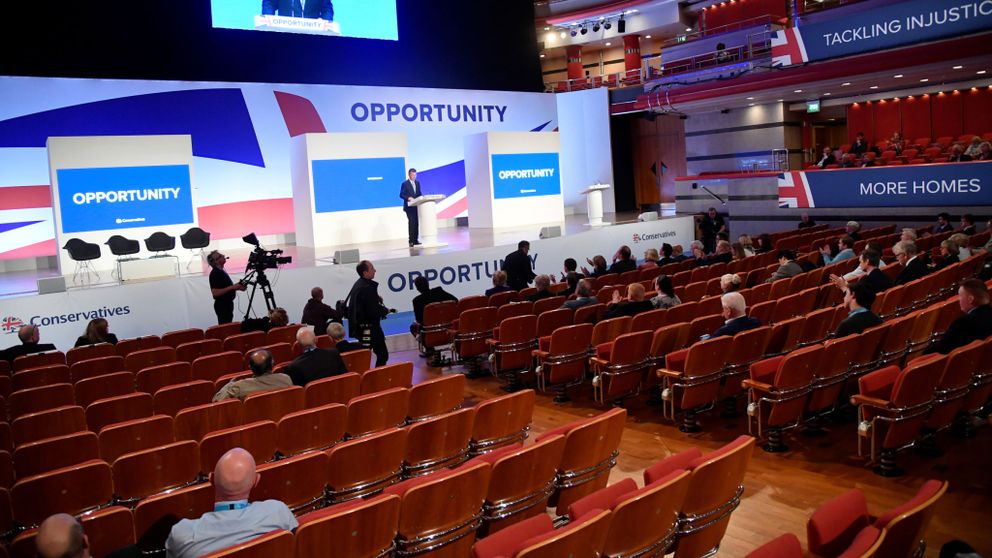 THE TORIES have been left embarrassed after senior MPs were forced to address near-empty conference halls at party conference, as members abandoned Mrs May’s sinking ship to focus on backbench MPs and fringe events.

Sky News reporter Jon Craig revealed: “I have been coming to Tory conferences since the mid-1980s, when Margaret Thatcher was in her pomp, and I have never seen the main hall so empty.”

Liam Fox and Jeremy Wrights speech were seen by barely anyone.

Some reports say that just 200 of the 2,262-seat Symphony Hall in Birmingham’s International Convention Centre are being filled at major speeches.

Even Chancellor Philip Hammond’s speech on the economy also had big gaps in the hall.

Most of the attendees are all at fringe meetings and A Leave Means Leave fringe event starring Jacob Rees-Mogg and Nigel Farage saw a huge turnout.

Later today Boris Johnson will attend a packed fringe event to make his highly anticipated speech, many say it’s the main attraction of the whole conference.