BOLTON was hit with flash flooding Sunday evening as torrential thunder and lighting showers rocked the town in North-West England that is rising to the challenge amid a rise in cases of COVID-19 with the Indian variant.

Downtrodden yet still true to their kind-hearted form, Boltonians kept calm and carried on in the true British way – with locals pulling together to rescue trapped drivers and pedestrians caught up in the flash flooding that saw waves sweep across roads close to the M62 motorway – creating gridlock. 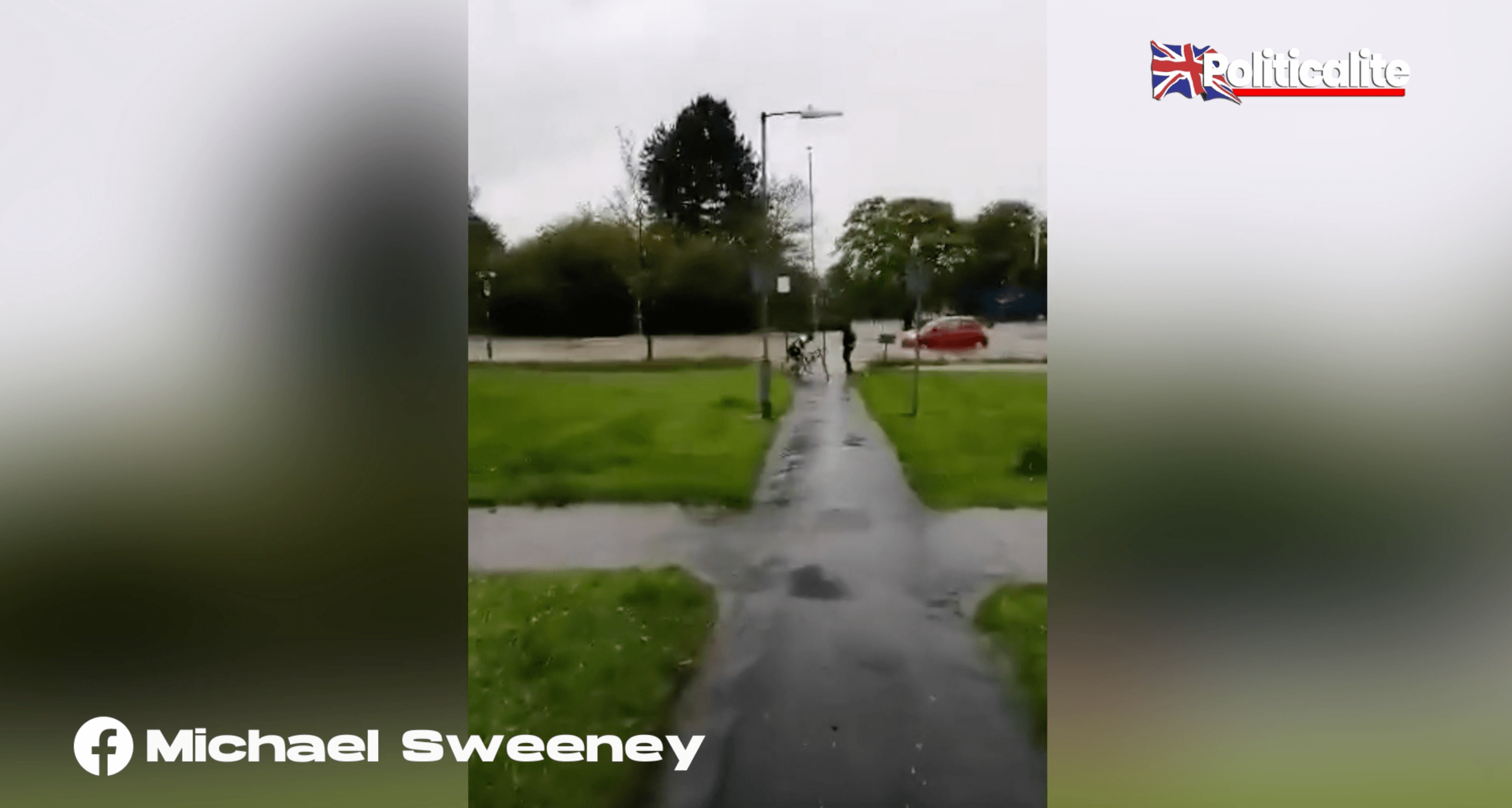 One local eyewitness Micheal Sweeney described the chaotic scenes as “mental” as cars became swamped by rising water during the storm on Chorley New Road near the iconic Bolton Wanderers Stadium in Horwich.

Bolton’s Fire and Rescue told Politicalite: “Our crews are currently responding to numerous reports of flooding in the Chorley New Road area of Horwich, Bolton We’re working with Bolton Council to tackle it and keep residents safe.” 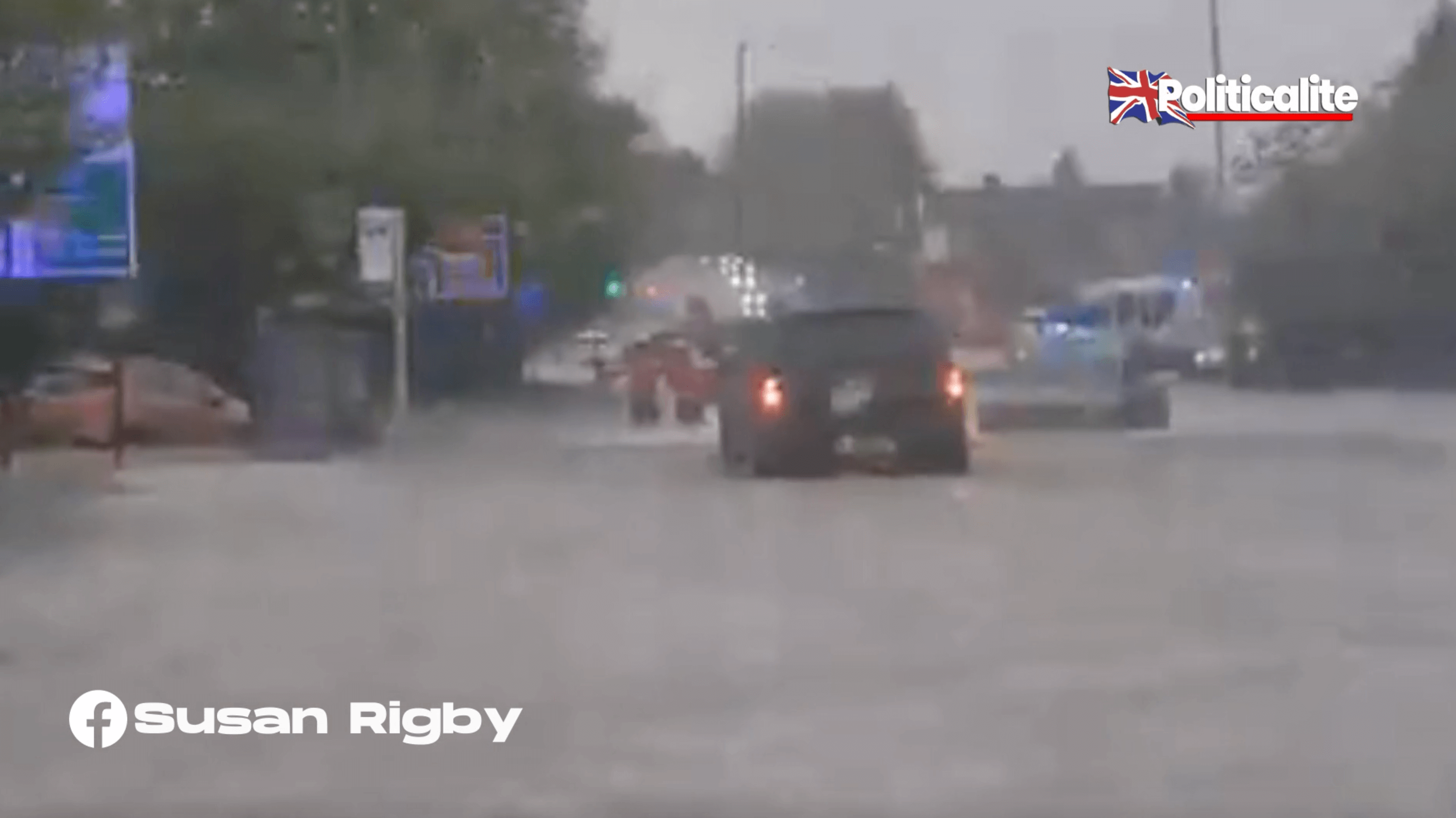 Bolton is battling a surge in the Covid-19 Indian variant of the virus with mass testing taking place at a high school that saw the UK’s first emergency pop-up COVID-19 vaccine centre amid the Indian variant hit with “massive” lines of local residents calmly queuing to get the Pfizer jab to tackle the virus as it nears its final stages. 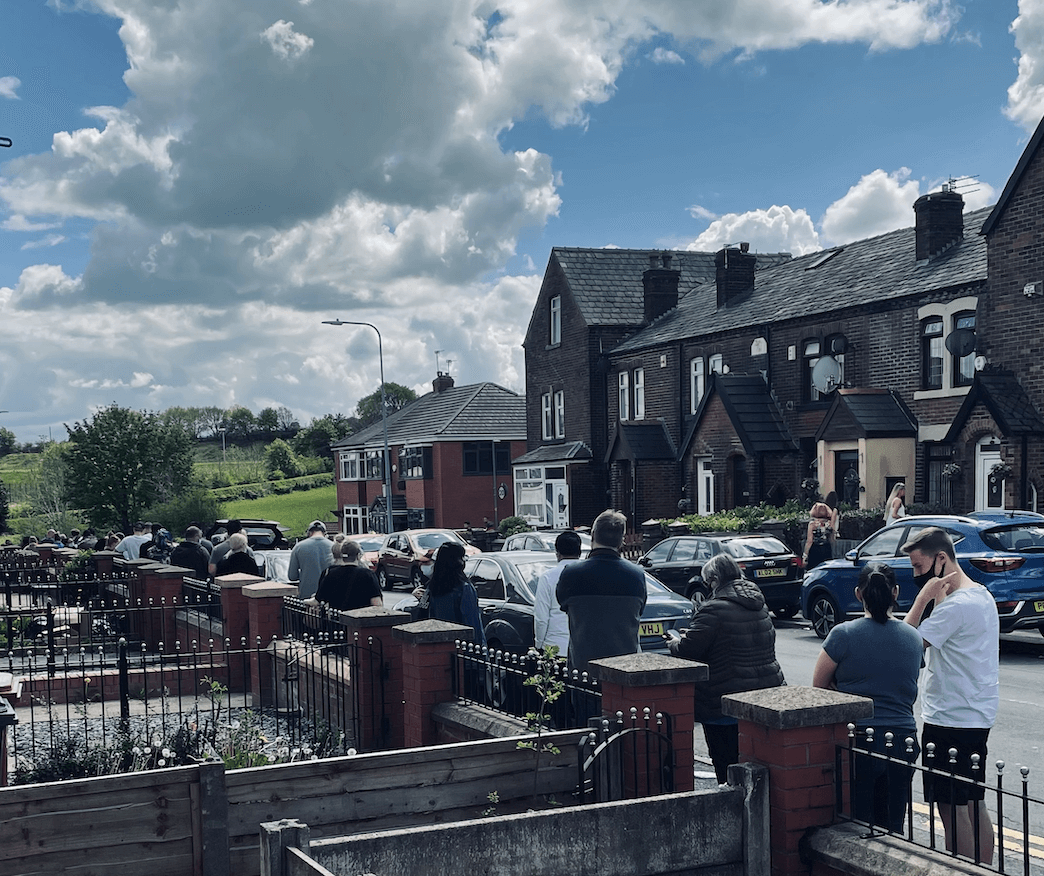 One local who wished not to be named told Politicalite that the wait was over with within 20 minutes with over 40 “jabbers” rapidly vaccinating some of the towns 260,000 population.

The towns infection rate is the highest in the country at 192 cases per 100,000 people and locals are urged to get the safer Pfizer vaccine being offered to locals free-of-charge, with Uber offering FREE rides to the Essa Academy on Morris Green Lane.