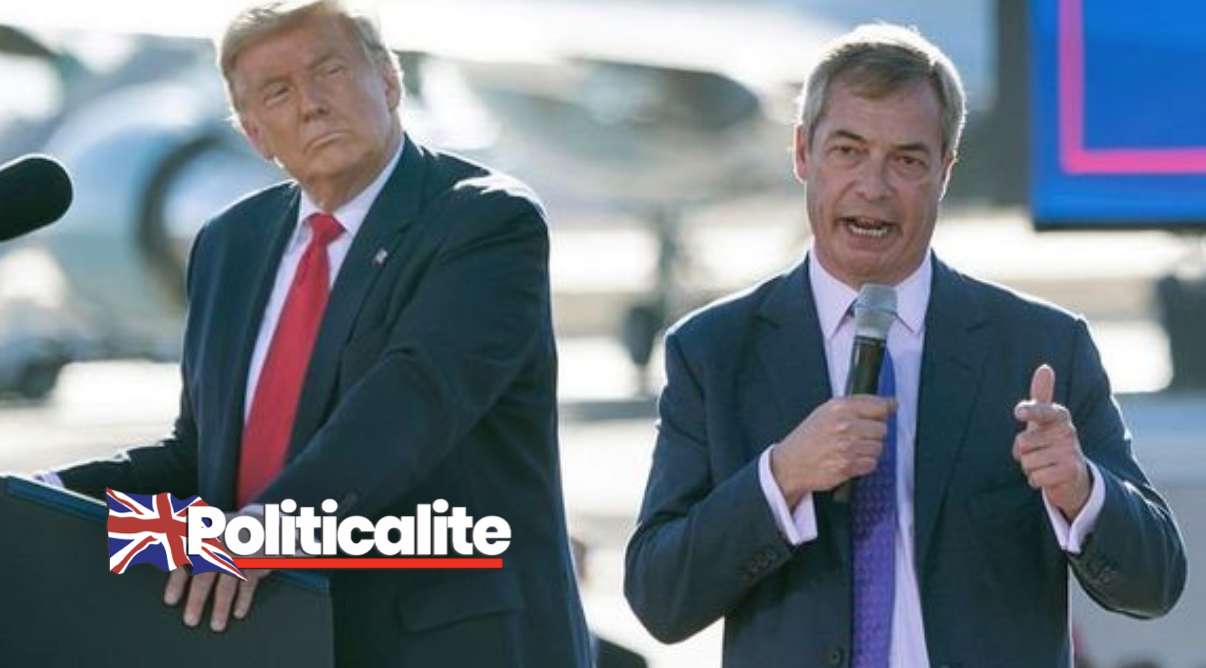 PRESIDENT Donald J. Trump saw the American economy recover by a staggering 33.1% as it abandons Lockdown policies that destroy the fortunes of working-class people.

The U.S. economy rebounded at a record rate of 33.1 percent in the third quarter as employers recovered from coronavirus lockdowns.

Nigel Farage tweeted that it was “Stunning” to see the US economy figures, “truly stunning. This won’t happen in the locked down UK.” said the British strongman.

The Washington Times revealed that the strong report gives President Trump a positive closing argument in the final days of the presidential campaign.

“So glad this great GDP number came out before November 3rd,” the president tweeted.

Biden however, has slammed the President stating that despite the surge in jobs, Trump “is on track to be the first president since Herbert Hoover to leave office with fewer jobs than when he came into office.”

“The numbers reflect the rebound over the summer as the U.S. emerged from lockdown and consumers spent stimulus funds,” said one expert. “But with COVID cases rising in the fall combined with Washington’s failure to pass more relief, there are already signs the economy is stalling again in Q4. The U.S. is now on pace for at least a minus-4 percent contraction in 2020, making it the worst year for GDP growth since World War II.”

Trump ally Alfredo Ortiz, president and CEO of the Job Creators Network, noted that businesses created a record 11.2 million jobs in the past five months. He said Mr. Biden would reverse the recovery.

“Our small business members are terrified of his record tax hikes, Green New Deal, $15 minimum wage, and gradual government takeover of our healthcare system,” Mr. Ortiz said in a statement. “Biden’s left-wing agenda would tank our economy and reverse all the progress we’ve made since the pandemic peaked. We are going to need the largest conservative turnout in history to keep America a capitalist and prosperous society.”

He said his network’s “Keep America America” campaign is educating voters about the stakes of this election.

“With five days to go, we are working harder than ever and we will deliver,” Mr. Ortiz said.

“President Trump will continue to safely reopen the country, while Biden is the candidate of lockdowns, inviting another economic shutdown which would devastate working people and cause even more health problems above and beyond what the coronavirus has caused,” he said. “Biden’s plans for a $4 trillion tax increase and Green New Deal regulations on every person, business, building and farm in the nation would kill this recovery while it’s already in full swing.”