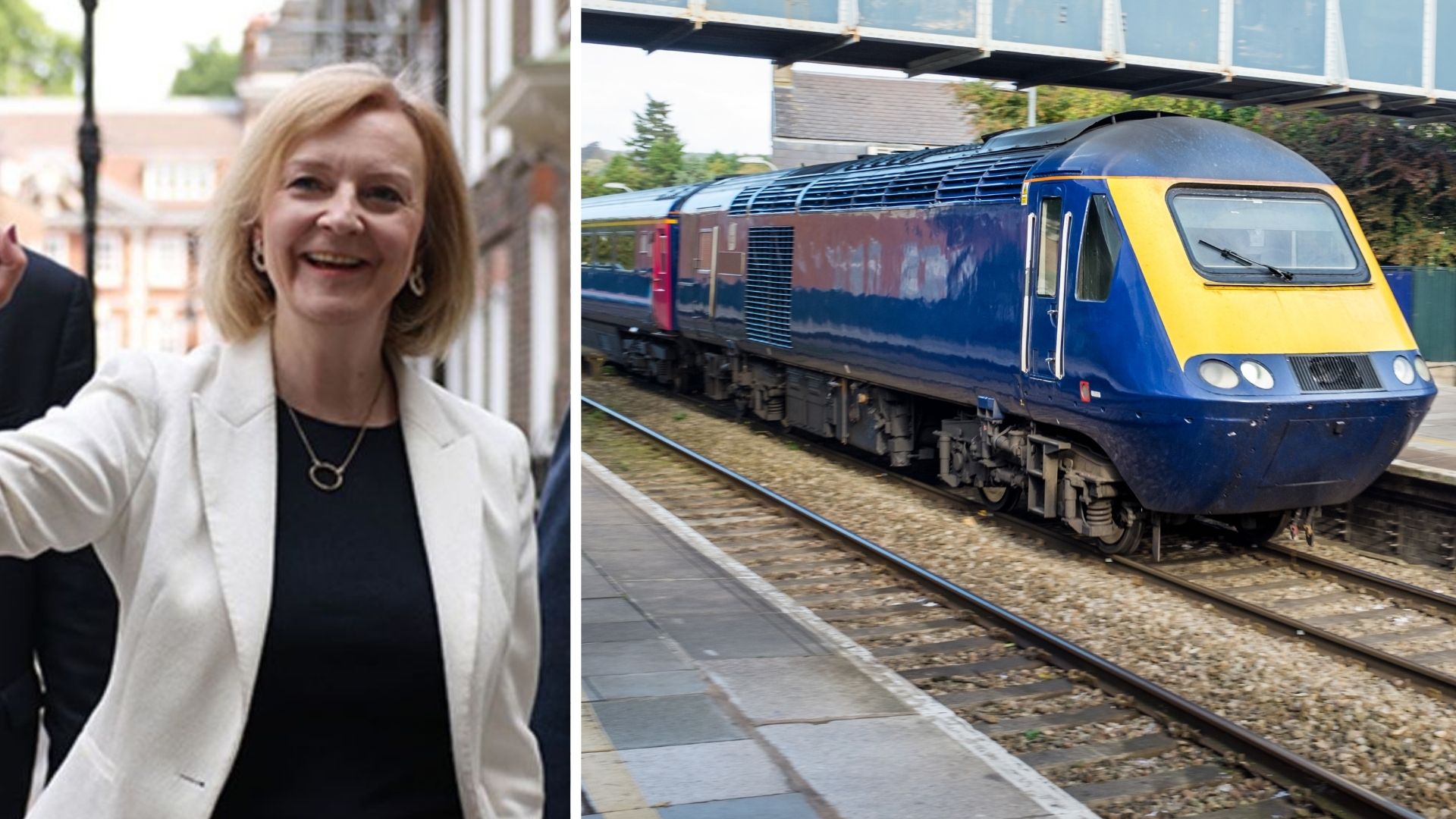 LIZ Truss has declared she is “completely committed” to building Northern Powerhouse Rail (NPR) and wants “really fantastic rail services” in the North.

The Conservative Party leadership candidate told reporters in Leeds that she knows “how poor the transport is” in the city.

NPR is a scheme to improve rail connections between Liverpool and Leeds.

Transport for the North, which advises the Government on the region’s transport needs, recommended that new lines should be built between the cities.

But the Government’s Integrated Rail Plan sparked outrage among northern leaders in November last year when it revealed that a new line would only be built on one section, with the rest of the route getting enhancements to existing lines.

She went on: “What I’m committing to today is Northern Powerhouse Rail.

“I grew up in Leeds, I know how poor the transport is and, frankly, it’s not got much better since I was a teenager getting the bus into Leeds city centre.

“What I want to see is really fantastic rail services, better roads so people are able to get into work.

“I also want to stop militant action by the trade unions, so that hard-working people who do the right thing can get into work, set up businesses and help grow our economy.”

Ms Truss did not go into detail about whether she would support NPR being built with new lines if she became prime minister.

She said she would not commit to reverse the decision to scrap HS2’s eastern leg between the East Midlands and Leeds.

This comes a day after the Commons’ Transport Select Committee published a report calling for the decisions in the Integrated Rail Plan to be “reconsidered” to avoid a “missed opportunity”.

Asked how she would afford NPR, given the tax cuts she has pledged, Ms Truss said: “The taxes that I am cutting are affordable within our budget.

“What I am setting out is a plan for economic growth. The fact is we’ve had too low growth now for decades, and by creating new low tax investment zones in places like West Yorkshire, by enabling the post-Brexit reforms to take place, unleashing more investment from the city, we will grow the economy faster – that will bring in more tax revenue, and that will enable us to afford those projects.

I also think the funding formula has been unfair on places like Leeds and places like Yorkshire, so I will fix the Treasury funding formula to make sure that this part of the country is getting a fairer share of Government resources because, frankly, transport is much better in London and the South East than it is here in Leeds, and I will fix that.”

Responding to her comments on NPR, Henri Murison, chief executive of the Northern Powerhouse Partnership, a network of business and civic leaders, said: “The outgoing Prime Minister broke his promises to the North when he published the Integrated Rail Plan.

“This would bring back government support for the original Northern Powerhouse vision of a single travel-to-work area across the Pennines, driving up productivity to secure growth for UK plc.

“Whoever becomes the next prime minister should build the new line from Manchester, connecting the airport, through to Bradford, with services across to Leeds.”