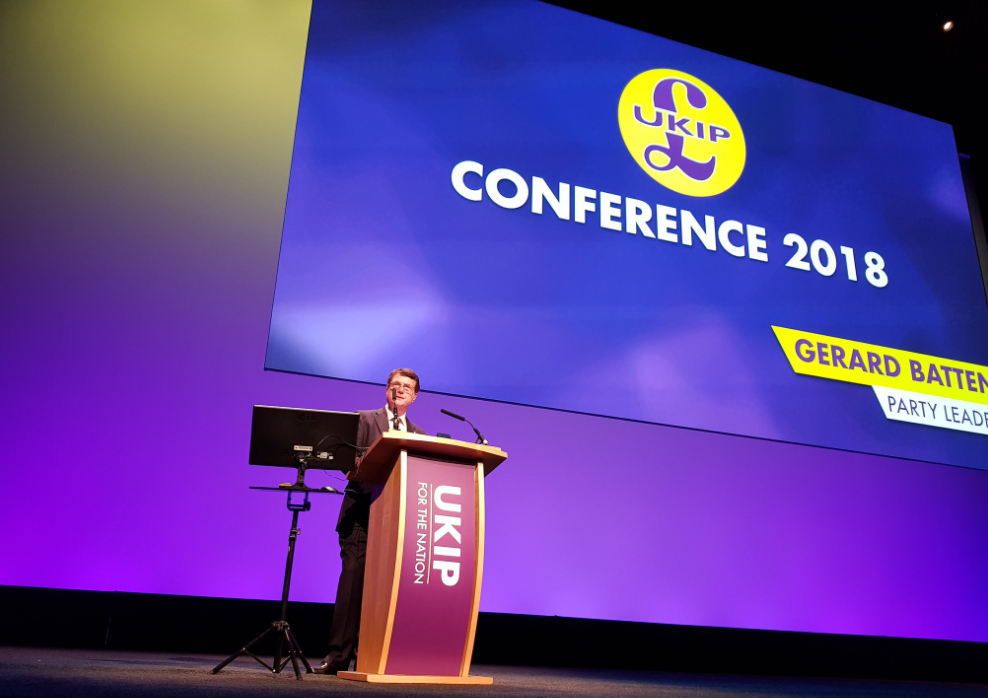 GERARD Batten MEP speaking to the 25th Anniversary Conference outlined a vision for UKIP to become a “radical and Populist Party.” He was speaking as UKIP launched its new Interim Manifesto. Subtitled ‘Policies For People’, the manifesto aims to help “the people who form the backbone of Britain.”

Mr Batten said, “under my leadership I want UKIP to be a Populist Party in the real sense of the word.” He earlier pointed out that from the beginning, UKIP was intended to be a full political Party not a “single issue pressure group.”

It is not about being left or right wing he insisted but about doing what is right. Of course, a central part of helping British people is “making Brexit happen”. He called the referendum victory a “magnificent” victory for ordinary people.

In a thinly veiled rebuke to Nigel Farage, who has been critical of his leadership, he said: “some in the Party tell me that I should focus on talking about Brexit.” He reminded “them” that he authored an EU Exit Plan and has been “consistent on this issue” for 25 years. We should not be asking the EU how we are going to leave but tell them “how it is going to work.”

He revealed plans to stand in every constituency at the next General Election and “hit Remainers hard” by targeting key marginals. Plans to reform the voting system were highlighted as a key part of the new manifesto and he said that First Past The Post is a “conspiracy” between the Conservatives and Labour to ensure they are both elected.

Turning to immigration, he said that the issue depended on context but the current levels of immigration are “unsustainable”. It is a “conspiracy” between “big business and the political left” to undermine “national identities” and impose “supranational” government.  We should only admit “appropriate” numbers and only people who agree to abide by “our laws”.

He went on to outline some policies such as waiving tuition fees for key subjects but the biggest cheer came when he announced that UKIP would abolish the licence fee and make the BBC a subscription service. UKIP will”defend the right to free speech which is slowly being eroded.”

I have a “moral responsibility” to speak up on certain issues Mr Batten told Conference. People of an employable age cannot publish certain views in case it damages their employment prospects he said and his responsibility stems from their lack of a voice.

UKIP cannot become an electoral threat by just concentrating on Brexit but must have a full range of policies. His speech concluded to a standing ovation.

Gerard Batten: ‘I wan’t to create a true populist alternative in the UK’
TOMMY RETRIAL: Police Preparing For ‘Unrest’ If Hearing Goes Wrong Way
To Top