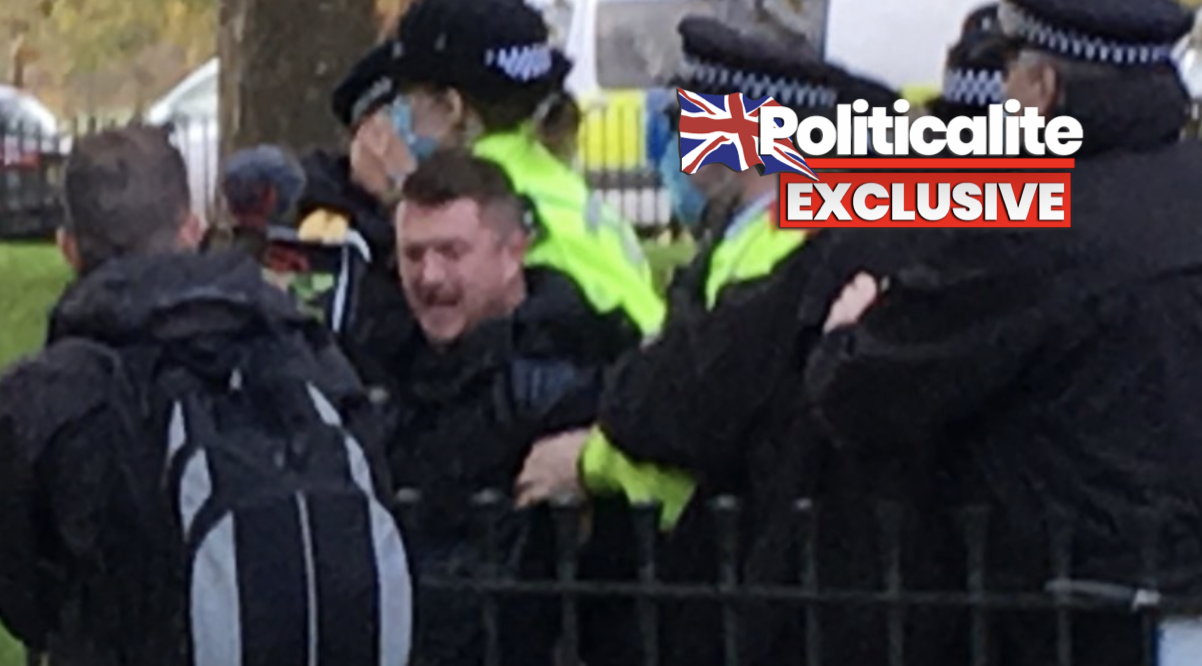 TOMMY Robinson was arrested by the Metropolitan Police on Sunday for holding an unauthorised event amid COVID-19 restrictions, Politicalite can exclusively reveal.

Met Police sources told Politicalite that the controversial activist was arrested for holding a rally in London’s Hyde Park.

The Met added: “Officers were policing an assembly at speakers corner, Hyde Park on Sunday, 1 November.”

“At 14:44hrs a man aged in his 30’s was arrested under the coronavirus regulations for holding or being involved in the holding of the event.”

“He has been taken to police custody.”

The controversial activist told fans on a video that he was arrested having an offensive weapon.

In the video posted online Robinson, whose real name is Stephen Yaxley Lennon is heard shouting: “I’ve been arrested for an offensive weapon, I’ve got nothing on me”.

He added: “They’re stitching me up”.