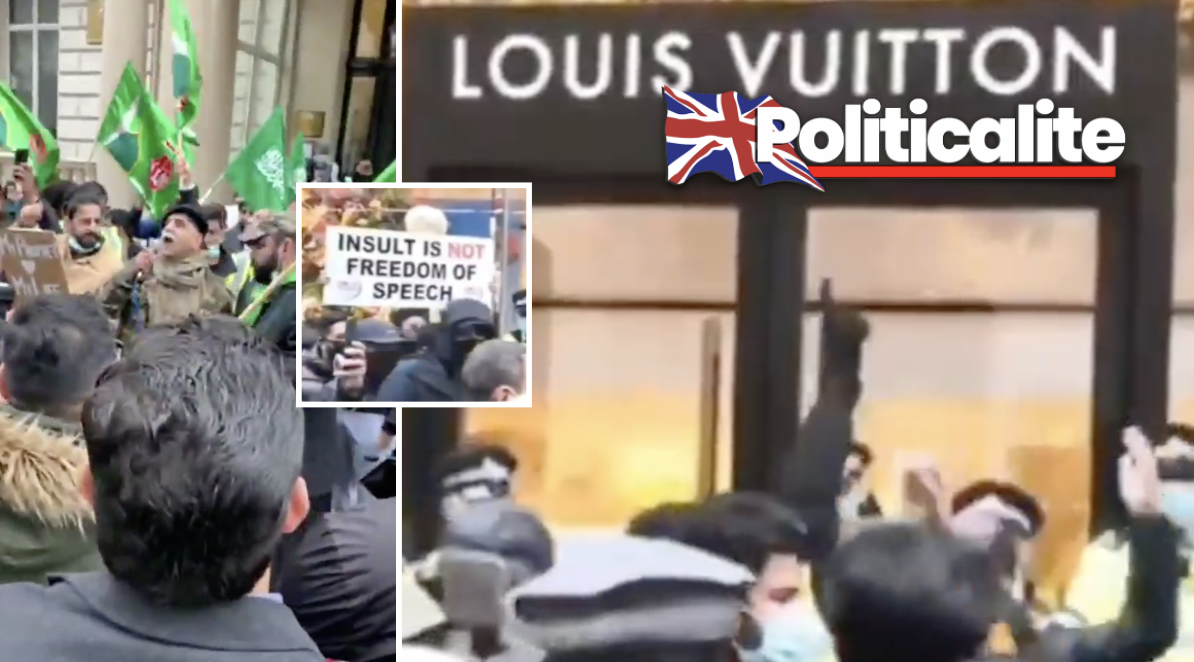 RADICAL Islamic protesters attacked a Louis Vuitton store in London just a day after an Islamic Terrorist beheaded a woman on the streets of Nice.

The Muzzie extremists chanted “Shame on You” and help up banners that read “Insult Is Not Freedom Of Speech” after the French Satirical Magazine reposted cartoons of the Prophet Mohammad.

President Macron has now declared that his country is “under attack” from Islam, whilst Boris Johnson hides away in his Downing Street bunker as Islamic Extremists run riot on the streets of London. 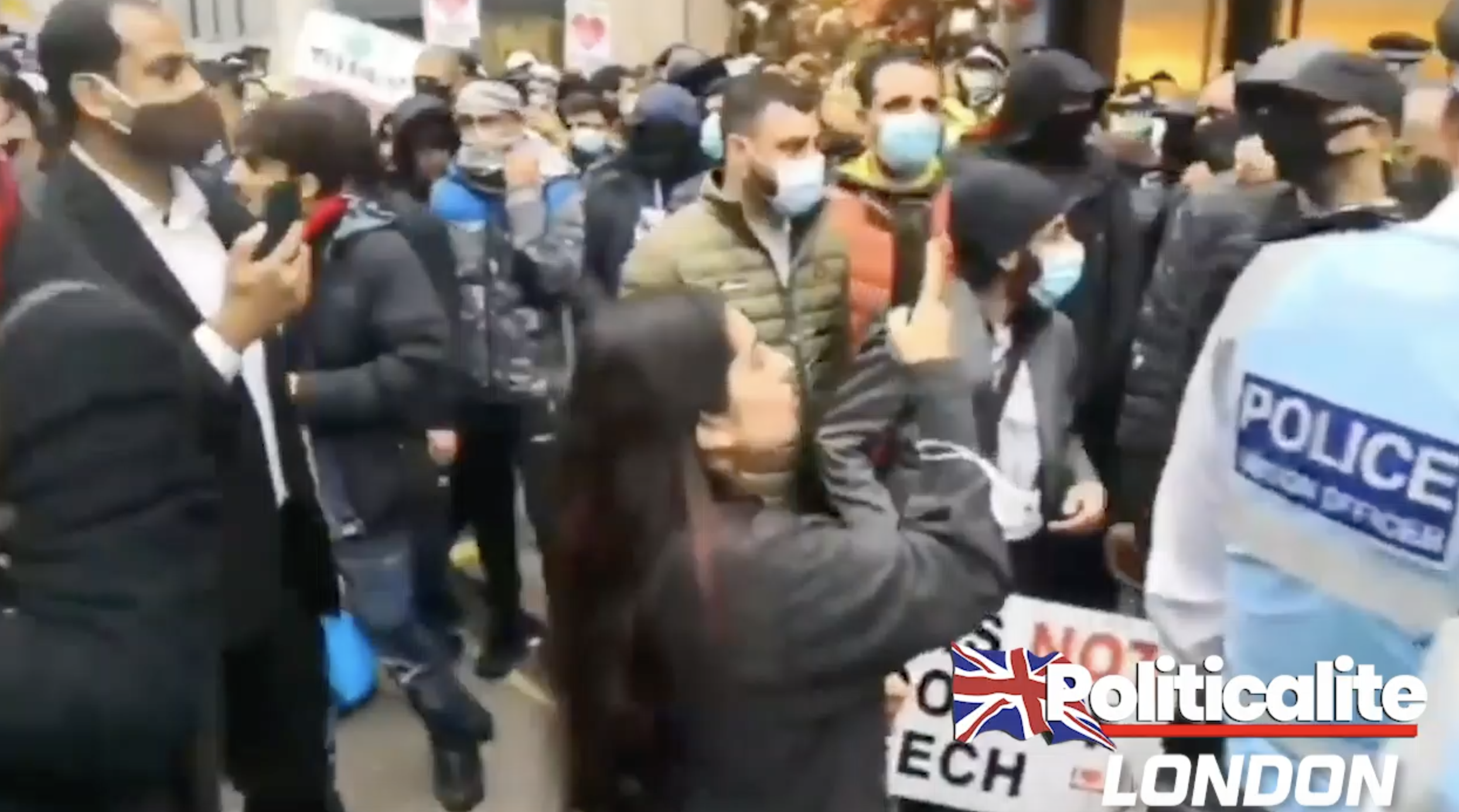 The protests followed protests outside the French Embassy in the British capital where Muslims demanded that ‘Islam’ be protected. 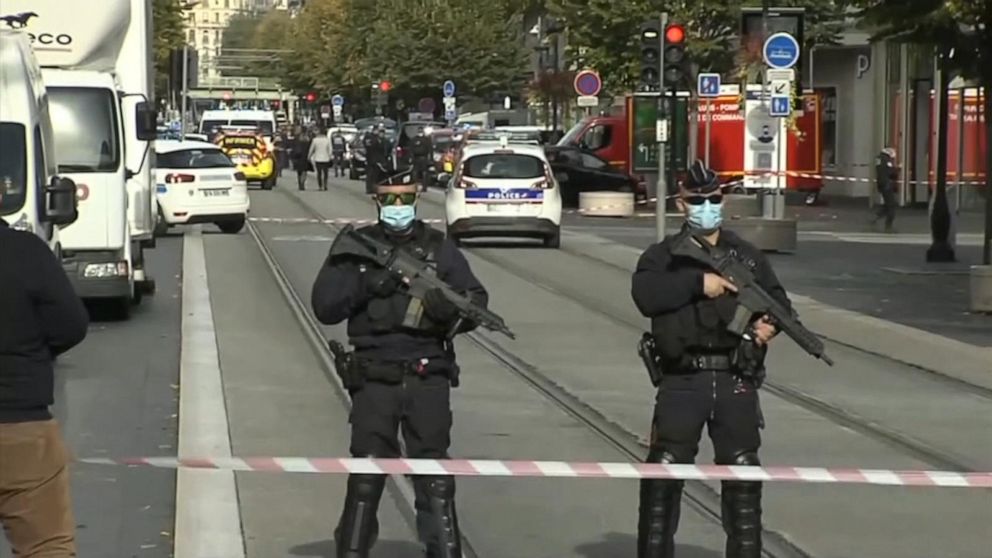 President Macron put France on its highest level of alert with 4,000 troops deployed on the streets.

The killings came at a time of extreme tension over the republication of caricatures of the Prophet Mohammed by the satirical newspaper Charlie Hebdo.

A man armed with a knife attacked two women and a man at the church on Thursday morning before he was shot by police as the attacker shouted “Allah Akbar!” over and over.

“Very clearly, it is France which is under attack,” Mr Macron said as he stood before the church.

France’s anti-terrorism prosecutor says the man who killed three people in a Nice church was a Tunisian aged about 20 who entered the country from Italy.

Jean-Francois Ricard told a press conference that the man arrived in Italy by reaching the Mediterranean island of Lampedusa on September 20, and travelled to Paris on October 9.

The travel information came from a document on the man from the Italian Red Cross, Mr Ricard said. The attacker was seriously wounded by police and is being treated in a hospital.

The attack in Mediterranean city of Nice was the third in two months in France that authorities have attributed to Muslim extremists, including the beheading of a teacher.

It comes during a growing anger over caricatures of the Prophet Mohammed that were republished in recent months by the satirical newspaper Charlie Hebdo — renewing debate in France and the Muslim world over the depictions that Muslims consider offensive but are protected by French free speech laws.

Mr Ricard detailed the gruesome scene encountered inside the Nice basilica where a man and woman were killed by the attacker. The third victim, a 44-year-old woman who managed to flee, died at a nearby restaurant.

A 60-year-old woman whose body was found at the entry of the church, suffered “a very deep throat slitting, like a decapitation”, Mr Ricard said.

The 55-year-old man also died after deep cuts to his throat, the prosecutor added.

COVID-OAKIE: Bozo’s COVID Extravaganza Goes On. Is The PM Another Eden?