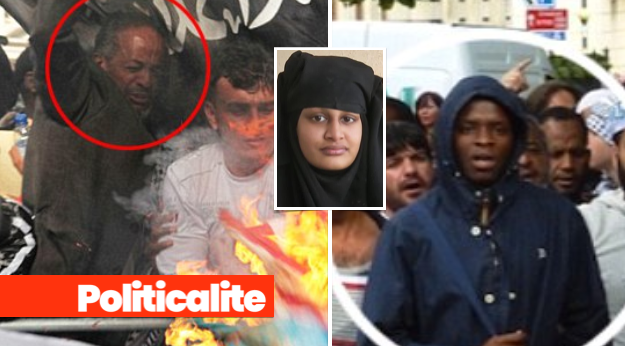 THE FATHER of one of the ‘ISIS Jihadi Three’ attended a Radical Islamic rally with the Anjem Choudary and the killer of Fusilier Lee Rigby.

Mr Hussen, 52, who was filmed at a burning a British flag-at the terror rally attended by hate preacher Anjem Choudary, and Michael Adebowale, the killer of soldier Lee Rigby.

He said the three jihadi brides had ‘just made a mistake’.

Abase Hussen, father of Amira Abase, who fled with Shamima Begum in 2014 to join ISIS marched at the front of the demonstrators, behind a banner reading: ‘The followers of Mohammed will conquer America’ taking his daughter with him. 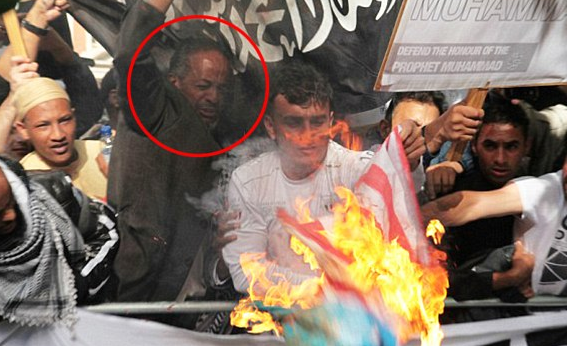 He was filmed chanting ‘Allahu Akbar’ amid dozens of protesters and standing just yards away as the American flag is burned.

Hannah Stuart, domestic extremism expert at the Henry Jackson Society, said: “We saw Mr Hussen on TV looking very innocent, holding a teddy bear. But he was linked with individuals who espouse an extremist ideology.”

“The impression given was that Islamic extremism was an alien world to his daughter. This footage suggests it wasn’t.”

Yesterday, Shamima Begum from Bethnal Green, married a Dutch convert to Islam in Syria and spoke of being “unfazed” when seeing severed heads in a bin for the first time, but a petiiton to ban ISIS members has now reached over 100,000k signatures.

KEEP IT OUT: Knocked Up ISIS bride ‘could be stripped of UK citizenship’ and SENT to Bangladesh