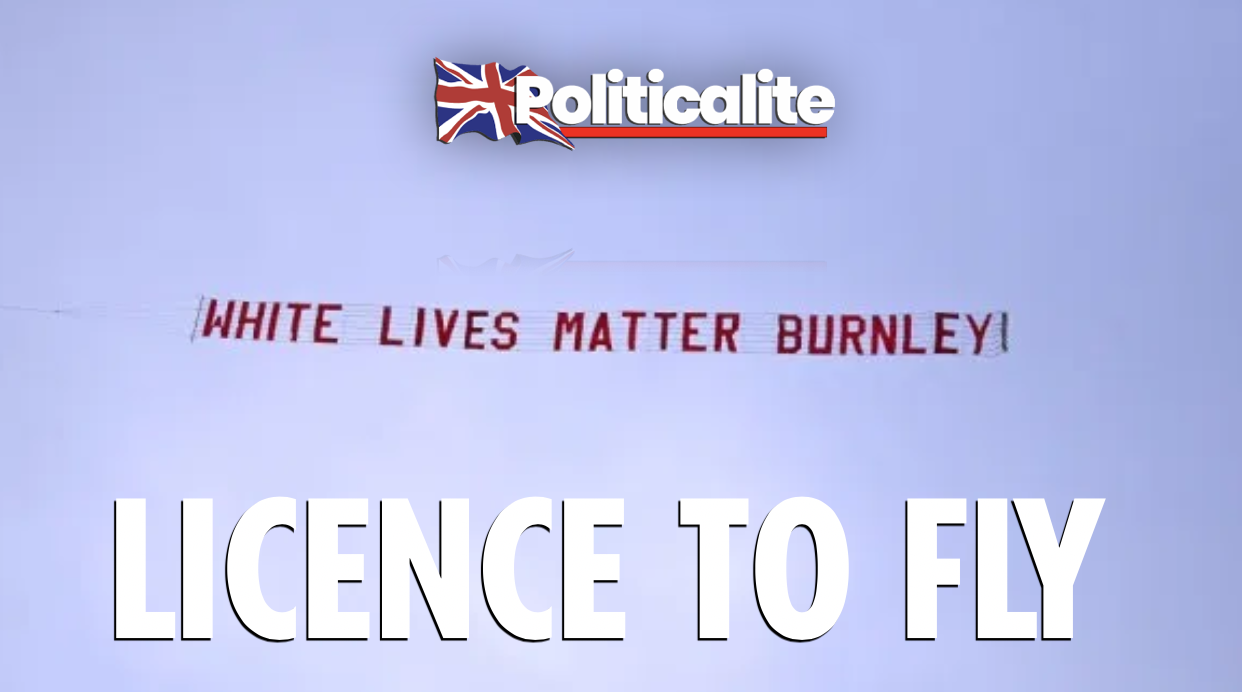 LANCASHIRE Police have upheld free speech and the Marxist left by announcing that ‘no offence’ was commited last night in Manchester after a controversial ‘White Lives Matter Burnley’ message was flown over the Ethiad Stadium.

“After assessing all the information available surrounding this incident we have concluded that there are no criminal offences that have been disclosed at this time.”

“We will continue to work with our partners at the football club and within the local authority.”

BRITAIN’S media is fuelling the race and culture war in an attempt to divide white and black working-class people in what can be described as ‘divide and rule’.

The row between the ruling media and political class and the ‘average Brit’ has hit fever pitch after the reaction to the innocent ‘White Lives Matter Burnley’ message that was flown over the Ethiad last night.

In a poll of Politicalite readers, 88.6% said that Burnley was wrong to threaten those who organised the stunt with lifetime bans from the club.