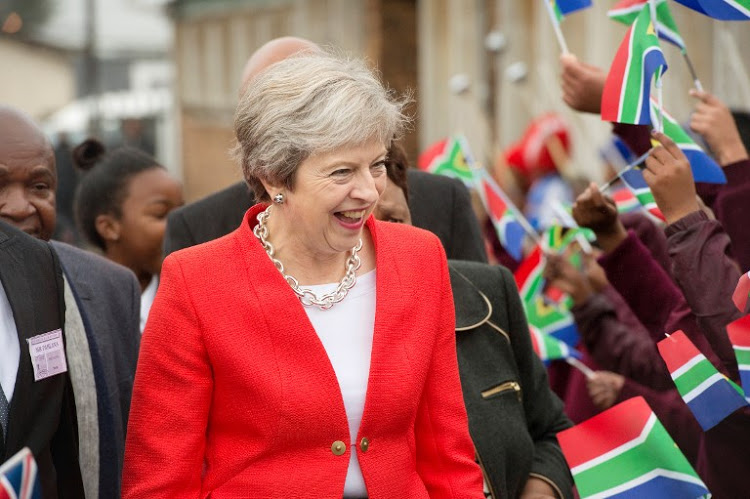 THERESA May, who is currently touring Africa glad-handing racist South African President  Cyril Ramaphosa and making Britain cringe with her dodgy dancing, has shrugged off speculation she is about to lose the Tory leadership and insists she will fight the next election.

Speculation is rife that she will be the first Prime Minister in living memory to be booed at her own Party conference, the summer has been full of speculation that she will soon face a challenge from Boris Johnson and the entire recess has been marred by bitter public in-fighting between the rival wings of the Tory Party yet like a slightly more stubborn version of King Canute, Mrs May continues to insist she can turn the political tide. 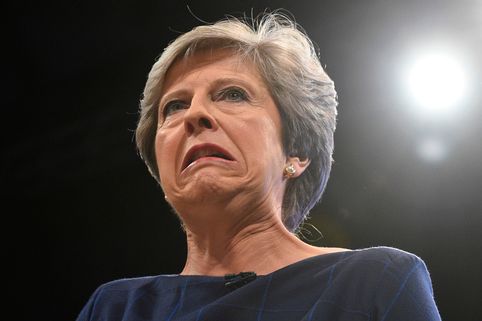 Asked if she would lead the Tories into the next election, she replied: I’m in this for the long-term. The British people voted for us to leave the EU and I am focused on doing that.”

Or alternatively, focused on doing anything but that. Her comments come on the day that it has been announced that the October deadline for negotiating a deal with the EU has slipped to an indeterminate time in November.

Former foreign secretary Mr Johnson is lurking in the background after quitting the Cabinet over Brexit, with his leadership ambitions a constant source of speculation. 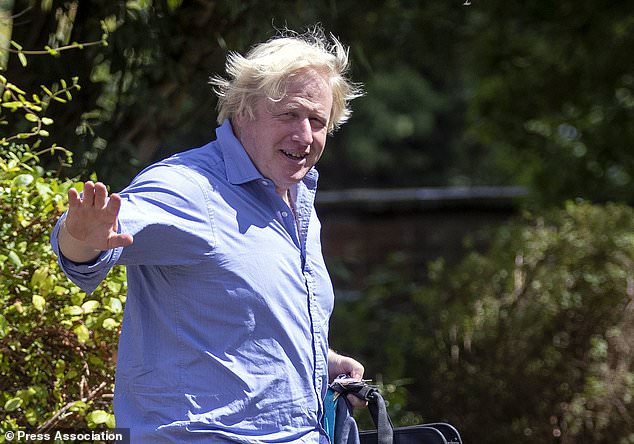 Boris Johnson arrives at his home in Thame, Oxfordshire.

Mrs May also pointed to a “steady increase” in Tory membership figures, albeit without referring to numbers, when asked about concerns of entryism in light of Brexiteers from Leave.EU – including Arron Banks – attempting to join to have a say in any leadership election.

On whether she is braced for a leadership challenge from Mr Johnson and her desire to lead the party, Mrs May told reporters: “I’ve been asked before whether it’s my intention to lead the Conservative Party into the next general election, I answered that question before – I’m in this for the long term.

“But what I’m also focused on doing is delivering on the domestic agenda which is of concern to people.”

Pressed on whether she would fight a leadership challenge from Mr Johnson, the PM replied: “I have said before I am in this for the long term.

“I’m in this for delivering for the British people and that’s what I am focused on.”

Mrs May was also asked if the coup which saw her Oxford University friend Malcolm Turnbull deposed as Australian prime minister reminded her of her fallibility.

The PM said: “I think if you look at Australian politics, they are rather different from the politics we see in the UK.”

On entryism into the Conservatives, Mrs May reiterated that Mr Banks had been unsuccessful in his membership application as he has “actively campaigned against” the party.

Support for the Tories as the ‘best Party to handle Brexit’ has collapsed to just 19% in a new poll by YouGov which is surely a testimony to how utterly, in the words of UKIP’s leader Gerard Batten, “clueless” Mrs May truly is and how miserably she is failing in her self-appointed mission.

PARTS OF THIS ARTICLE COURTESY OF PRESS ASSOCIATION