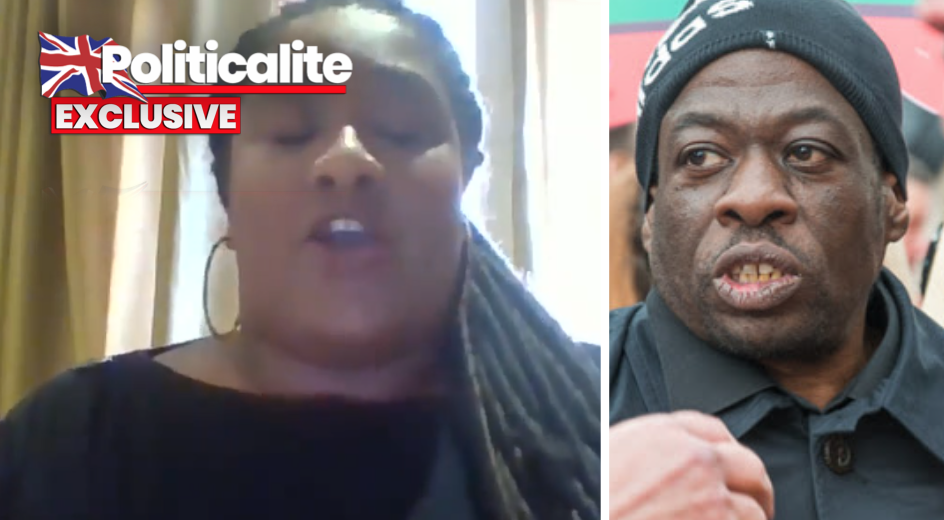 LABOUR MPs joined a Zoom chat with Marxist Extremists, the Muslim Council of Britain and convicted criminals who allegedly covered up a rape, Politicalite can exclusively reveal.

Guests included Weymenn Bennett who implicated in a well-publicised rape scandal which engulfed the hard left, he has also been arrested for violence at a protest in Bolton in 2010. 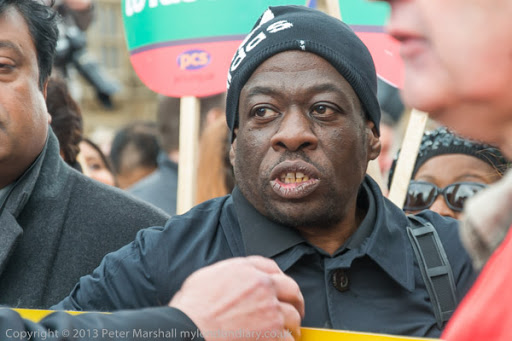 Politicalite infiltrated the video chat session including individuals who branded criticism of China racist and called for Britain to ‘open the borders amid a Pandemic, making sure they didn’t let a good crisis go to waste.

The Zoom chat called ‘COVID-19, Racism and the Hostile Environment’ was an apparent rally to address the Corona-Crisis, but they decided to promote Marxism, left-wing propaganda and Chinese Communist Party agitprop.

In the chat guests moaned about how Muslim and Black people were “allegedly treated differently in this crisis” despite the Government’s wide reaching aid for all.

Labour MP for Stretham, Bell Riberio-Addy was the first guest in the Live chat.

When she isn’t complaining about the supposed evils of the British Empire, she’s moaning about how ‘racist’ it apparently is to complain about the coronavirus being a ‘Chinese virus’ (yes, really). The same talking point of much of the American press is repeated here and we can only repeat the words President Trump used when rebutting them. It comes from China. Chi-na.

She argued that any criticism of China during this time (including of how they covered up the virus, allowed it to spread and silenced any doctor who warned about it, etc, etc ) is “disgusting”. She echoed the absurd suggestion that Trump’s ‘rhetoric’ on the problem was leading to ‘attacks’ on Chinese Americans, with no evidence presented (surprise, surprise).

Beyond that, her talk was mainly about alleged racism; apparently despite the massive pandemic and lockdown the British people are currently under, the main problem still affecting Britain is apparently racial ‘inequality’, and that the focus of those watching should be to continue the ‘struggle’ against this. She also advocated for more benefits for immigrants, calls for the so-called ‘hostile environment’ against illegal aliens to end (claiming that it has had a negative effects on the NHS) and to tell people the ‘whole truth’ about ethnic minorities being hit the hardest about the coronavirus. She ended with a ‘call for unity’, because apparently this being a nationwide effort isn’t good enough.

The second guest was Petros Constantinou, a representative of the anti-racist group KEERFA. He has been a frequent guest at SUTR events.

He firstly calls racism a ‘virus’, and then discusses the problems surrounding the recent border clashes between Greece and Turkey.

Essentially, Greece’s right to protect its border against migrant invasion is wrong, with it apparently being, surprise, surprise, ‘racist’, and the use of detention centres is, of course, also bad.

He discusses how the Greek government is allegedly using torture against the migrants (which isn’t true – groups like Amnesty International point to the Libyan side for using torture against migrants). He also claims that the Greek Prime Minister’s claims of stopping the virus by not allowing refugees to come in is apparently racist, as they aren’t the ones spreading. This is despite the fact that refugees have had to be quarantined on these islands before because of the virus.

He also discussed the hard conditions these people live in, including one camp which was shut down due to infect refugees (contradicting his previous point), hunger strikes taking place and the alleged use of electroshock therapy against them (with no evidence provided).

He also describes the heavy resistance against these conditions by both trade unions and the anti-racism movement, calling it part of a ‘big fight’ and ‘mass resistance’. He concludes by warning against fascism (which is ironic, given SUTR’s past) and how the government is going to be met with ‘force’ to end these policies. He then simply advocates to ‘open the borders’ in response to this crisis.

Her speech was pure and unfiltered Marxist propaganda. She called for ‘solidarity’ across class, showing contempt how ‘powerful and privileged’ people have been infected (like Boris Johnson), and complained billionaire media mogul David Geffen is being put on ‘front pages’ while migrants aren’t,  and she concluded with a Corbynista cry to build a ‘society’ for the many, not the ‘privileged few’.

She alleged there is a ‘racist pay gap’ between white and BAME people, citing the Rowntree Foundation (not only citing the wrong foundation, but also ignores elements like hours worked for example). She also called for a ‘permeant extension of migrant rights’ – by closing detention centres and ending the hostile environment policy.

More socialist propaganda follows. The government was criticised for not bringing in a Universal Basic Income and being even mildly criticlal of China over a lack of testing from Chancellor of the Duchy of Lancaster Michael Gove. She said this was out of ‘Trump’s playbook’ and ‘racist abuse against China’, calling it ‘state sanctioned demonization’.

The fourth guest was a representative of the Muslim Council of Britain (a group already controversial for their stances on the Holocaust and the 2005 Danish cartoons controversy), Tabetha Barty.

She expressed concern about the Muslim community in Britain, including the supposed ‘hard right’ trolling about stories surrounding mosques being open, leading to heavy ‘Islamophobia’ (despite those claims being true). She also complained about how Muslims are allegedly being hit the hardest in the crisis (with no evidence again), and argued that this crisis was the best time to reset the narrative about migration in Britain – whatever that means. She concluded by admitting that ‘communities’ were ‘splintered’, and that the virus problem could fix that.

The fifth guest was the main figurehead of SUTR, Weyman Bennett. Now, if one is willing to ignore and forgive his various criminal convictions in the past, he could be a decent public figure.

He claimed black people were allegedly treated differently in this crisis (with again, no evidence), and hints at how he feels that BAME people are ignored in their contributions to British medical history, citing Mary Seacole as an example. This simply isn’t true, as Black History Month and various articles rightly celebrate their great contributions to British society. He also praised Germany for importing Syrian doctors to aid their people during this crisis, and like Petros, criticised the Greek government for protecting their borders.

Some of his accusations border on the libellous, like laballing Hungarian Prime Minister Viktor Orban ‘anti-Semitic’ (on his criticism of one billionaire George Soros, whose funding for leftist causes shouldn’t be ignored) and former UKIP and Brexit Party MEP Nigel Farage racist for his Breaking Point poster during the 2016 EU Referendum campaign (which revealed the facts about the EU Schengen zone, and its disastrous consequences during the migrant crisis of 2015). He goes as far as to call Italy’s Matteo Salvini, France’s Marine Le Pen and Brazil’s Jair Bolsonaro the ‘friends’ of former head of the Neo-Nazi British National Party Nick Griffin, without any evidence.

The sixth guest was Esme Choonara, an NHS paramedic, of who had a hand in covering up an alleged rape in her party, that being the Socialist Workers’ Party, of which SUTR is merely a front for.

Her main gripes were that of typical lefties. Mainly that of keeping immigrant NHS staff pouring in, as they do the ‘less desirable jobs’ (the Anglophobic claim that British people won’t do some jobs, something that has never been proved), defends ‘freedom of movement’ and wants detention centres shut. She even is racist herself, claiming that Chancellor Rishi Sunak (despite having Indian heritage) is no ‘brother of mine’ – indicating that because he isn’t left-wing, he isn’t actually an ethnic minority.

She also cares less for mainland Britain than other countries. She mainly complains about China being affected, and goes as far as to suggest that we could learn from them, despite their horrific coverup of the virus in the first place.

The final guest was Fiona Sim, a Sino-British student heavy in to left-wing politics.

She parroted pretty much the propaganda lines surrounding this topic. Criticism of China is racist, and that the Western media should praise countries like China, Vietnam and Cuba instead of question them, going as far as to call it ‘colonist’ thinking. She even goes as far as to support how China allows two hospitals to be built in two weeks, ignoring the fact that China’s working rights has a pretty poor record, with many living in poverty, no federal minimum wage and people committing suicide due to bad labour conditions. Propaganda indeed.

As you can gather, many general themes obviously sprang up. Beyond the typical hostile environment and illegal immigrant amnesties being talked about, China is strictly off the books when it comes to criticism, and in some cases replicable. Not only is criticism of the country and its handling of the virus racist, its apparently not good for the effort against the virus. This seems absurd, given the attempts to cover up the spread of the virus, with allegations that the death tolls are being manipulated in order to restore the confidence of the West in investing there. It makes one guess whether the Labour Party are receiving Chinese money, like their Australian cousins have done.

Bottom line, this is a national effort, and any attempts to use it to spread divisive identity politics is beyond reprehensible, especially when it is actively being used to kow-tow to an authoritarian state like China. Just remember to do your bit to fight this dreadful disease any way you can.

SANDERS SLIPS OUT: Biden Set To Face Trump In Battle For The White House
ADAM HONEYSETT WATTS: Despite Coronavirus, Let’s Be Optimistic this Easter
To Top