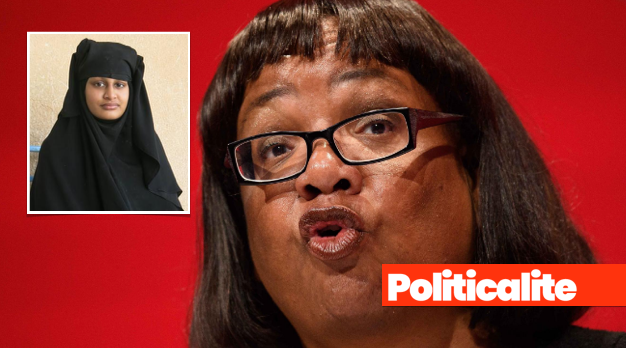 LABOUR’S Shadow Home Secretary Diane Abbott has slammed a decision by Home Secretary Sajid Javid to ban an ISIS Bride from the UK, despite the majority of Britain supporting the move.

Abbott said it would be a failure of the UK’s security obligations and breach of human rights law if the government makes Begum stateless and said her citizenship rights elsewhere are “entirely irrelevant”.

Abbott said: “Whenever there are reasonable grounds to suspect that someone who is entitled to return to this country has either committed or facilitated acts of terrorism, they should be fully investigated and where appropriate prosecuted. This does not appear to be the case here. 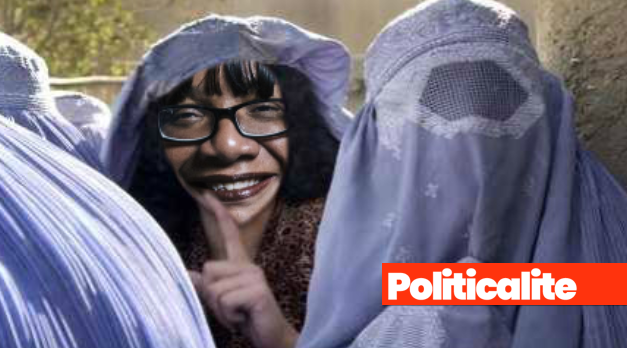 “If the government is proposing to make Shamima Begum stateless it is not just a breach of international human rights law but is a failure to meet our security obligations to the international community.”

Potential citizenship rights elsewhere are entirely irrelevant. Our
fundamental freedoms do not need to be compromised; they are perfectly compatible with our safety.”

The Scottish National party and the Liberal Democrats have also slammed Javid’s decision.

Shamima’s lawyer also hit back and Tasnim Akunjee said: “I am very disappointed in Sajid Javid’s decision to attempt to strip Ms Begum of her British citizenship.”

Begum is said to be “abit shocked” that Home Secretary Sajid Javid banned her from returning to the UK by revoking her British citizenship.

Begum, 19 travelled from London to join Islamic State in Syria in 2015.

It’s “kind of heart-breaking” said Begum. “I don’t know what to say,” she told ITV News.

On Wednesday morning the solicitor for the Begum family, Tasnime Akunjee, said the home secretary’s actions were excessive because the government had allowed hundreds of Britons to return, some of whom were suspected of fighting for Isis. The teenager was not suspected of being an Isis fighter and has claimed she was a housewife while married to a suspected Isis fighter.

Akunjee said: “I am very disappointed in Sajid Javid’s decision to attempt to strip Ms Begum of her British citizenship.

CHEERS, SON’S CRYING: Shamima “Abit Shocked” At Decision To BAN Her From UK