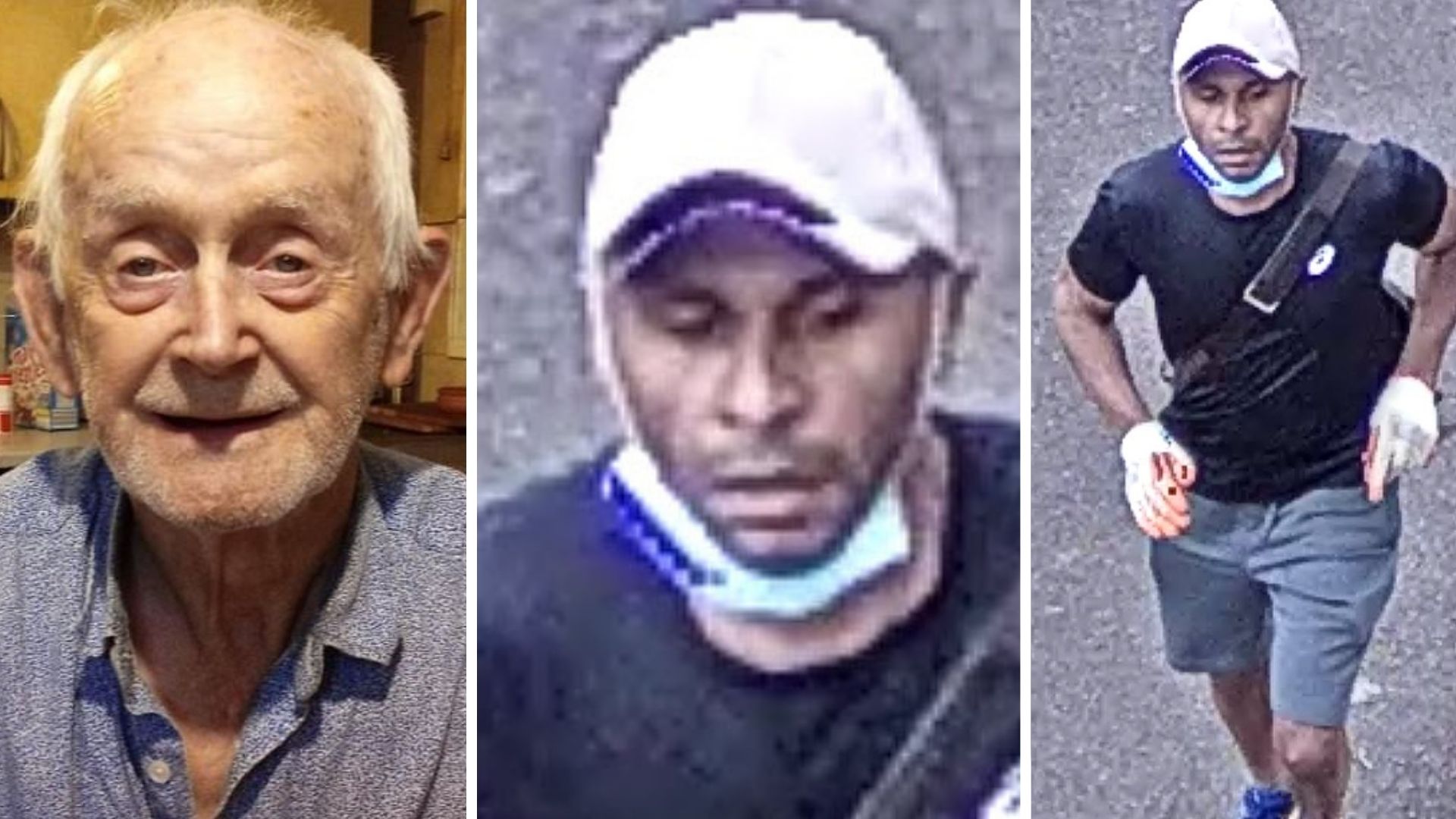 POLICE have released an image of a “dangerous” knife-wielding man who was seen fleeing the scene of a fatal attack on an 87-year-old man in a mobility scooter is being sought by detectives.

Thomas O’Halloran was killed in a “shocking act” of “unprovoked violence” at around 4pm on Tuesday, the Metropolitan Police said.

Officers were called to Cayton Road, in Greenford, west London, to reports of a stabbing and the charity fundraiser was declared dead at the scene.

Detectives have released images of a man they say they want to identify as “a matter of urgency”.

He was armed with a knife and wearing grey shorts, a dark T-shirt, a white baseball cap and white patterned builder-style gloves.

Detective Chief Inspector Jim Eastwood, who is leading the investigation, said: “He is clearly a dangerous individual and people are advised not to approach him, but to call us immediately on 999 if they know him or have any information regarding his whereabouts.”

Speaking at the scene earlier on Wednesday, Chief Superintendent Sean Wilson said: “I understand that our community will quite rightly be shocked and appalled by this incident, as I am too.

“We are now able to name the man who has tragically lost his life as Mr Thomas O’Halloran, who lived in Greenford and was a very well-known and much-loved member of our community.

“We are appealing to anybody with dashcam or cycle-helmet footage that might have captured this incident to get into contact with us.

“We believe that Mr O’Halloran was stabbed in Western Avenue shortly before 4pm yesterday, Tuesday August 16, before managing to travel 75 yards or so on his mobility scooter to Runnymede Gardens where he flagged down a member of public for help.”

He was attacked while on his way to busk, according to a friend who did not want to be named.

He told the Politicalite: “He was coming back from Perivale to play his accordion and make some money for his family and he was stabbed to death.”

Mr O’Halloran was said to be known locally for busking outside Greenford Station and was also said to be raising money for war-torn Ukraine.

A man believed to be Mr O’Halloran plays the instrument in poignant YouTube footage uploaded in October 2020, captioned “a few songs on the accordion”.

Mr O’Halloran, whose Facebook says he is originally from Ennistymon, County Clare, western Ireland, sports a cap and glasses in the video, saying “here we go, ready? wish me luck”, before he starts to play.

A man who works in a newsagents outside Greenford station said: “He used to play his accordion here.

“He came every day for a long time, at least two years. He usually busked around five o’clock.”

Another shopkeeper said: “He was often outside the station playing his accordion.”

Frasley Coutinho, who lives opposite where the attack happened, said he saw the victim surrounded by a group of young boys.

He said: “I saw a couple of people gathering around him and then he drove past and stopped further up, and then there was a group of young boys around him.”

There have been 58 homicides in London so far this year.