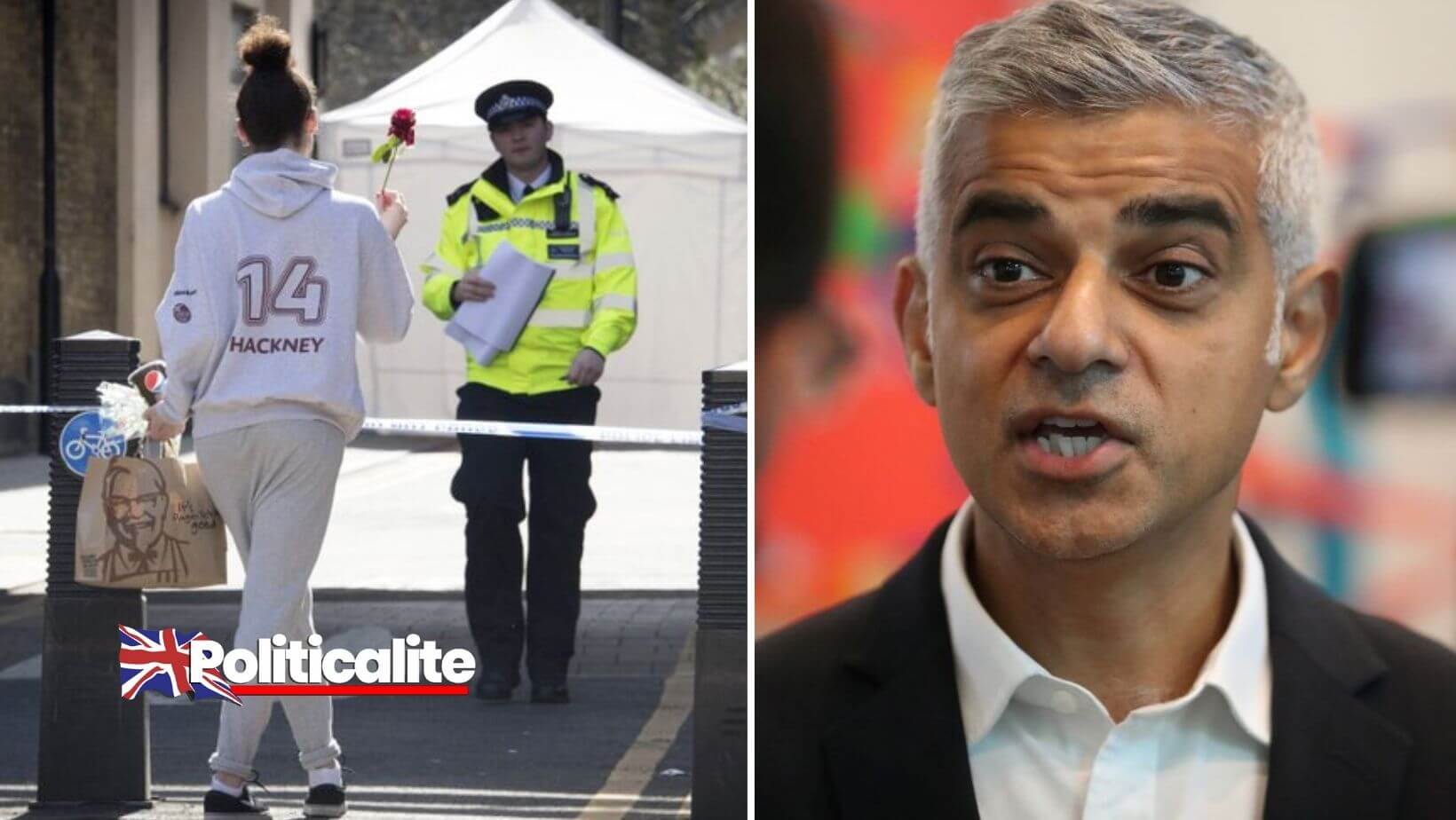 LONDON’S ineffective Labour Mayor has not only confirmed he’d lied by claiming London streets were safer under his watch, but worryingly tried to instil fear in his own constituents by claiming women in the capital were at great risk.

When previously grilled by MP Gareth Bacon over broken promises made by the mayor to tackle crime, Khan staunchly defended his record, stating that the streets of London were safe and that crime in certain areas was decreasing.

Before that, when asked why crime had risen under his watch, he claimed the streets ARE safe.

Yet this week, in an apparent attempt to pander to the me too mob and groups of feminists exploiting the tragic murder of Sarah Everard to demand curfews for men, Khan publicly contradicted his previous claims – shooting himself in the foot in the process.

Speaking to the LBC, the widely-loathed mayor stated that the streets in fact were NOT safe for women and girls.

‘Those in power must tackle the problem’ he added – seeming to forget that, in mentioning London, he was referring to himself.

Asked whether the capitol’s streets were safe for women, he replied: “No they aren’t, or for girls – and it’s really important that people of my gender understand that.

London's streets are not safe 'for women or for girls', Mayor Sadiq Khan has told LBC.@ShelaghFogarty | @SadiqKhan

“If you’re a woman or a girl, your experiences of our city, in any public space, whether it’s in the workplace, on the streets, on public transport is very different to if you are a man or a boy.

“And it’s really important that people like me in positions of power and influence understand that and take steps to address that”.

Under Sadiq Khan’s watch, crime – particularly knife crime – continues to rise; with the vast majority of victims being male.

Meanwhile, rather than invest in schemes to tackle the problem, the mayor has largely left the Tory government to take care of the mess he was elected to clean up, as criticism intensifies over mismanagement and over one million pounds being wasted on a far-left team to review.