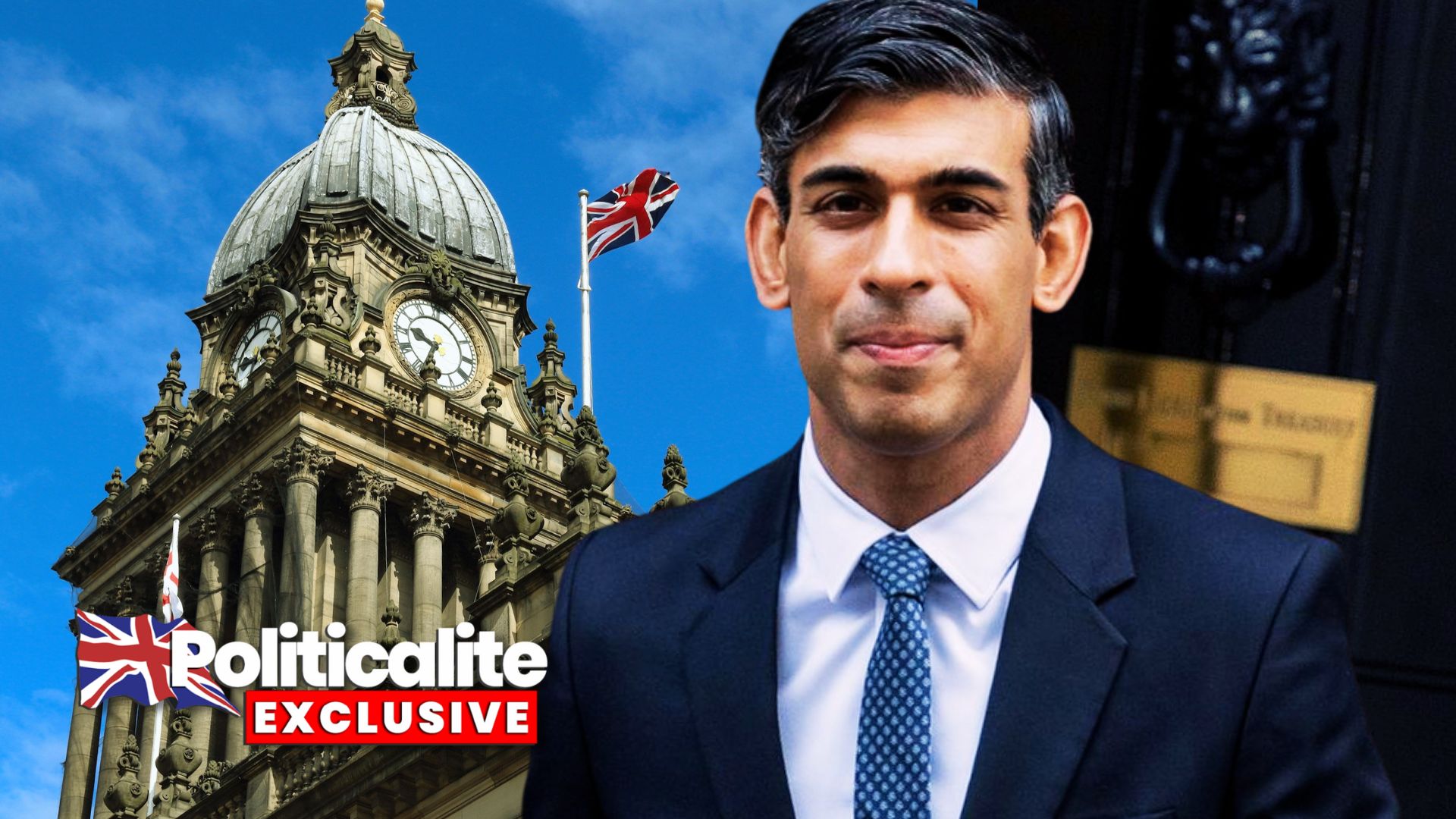 The move would allow local governments to be trusted with the powers and the cash to deliver for their communities who are suffering from a dire economic situation caused by a cost of living crisis and rising inflation.

The demand from the Local Government Association (LGA) comes amid reports that Rishi handed his very own posh Tory voting rural constituency Richmond, £19 million quid of taxpayers’ cash to “level-up” the leafy aream.

The North Yorkshire seat was described by one Tory MP as “the posh bit of Yorkshire” who said the area has “almost no deprivation” with a prominent agricultural sector, and constituents are overwhelmingly ‘self-supporting’, meaning very few receive benefits.

The Mirror revealed that official documents show the £19m will be used “to transform Catterick Garrison town centre”.

The Prime Minister, to his credit, has ensured that the biggest winner for the second round of levelling up funds that are coming from a £2.1billion government pot is the North West of England.

The region has some of the most deprived areas in the UK, and the level of funding indicates the Government isn’t forgetting the “red wall” left behind voters who helped the Tories win a landslide in 2019.

LET US LEVEL UP!

Speaking exclusively to Politicalite last night, the Cllr Kevin Bentley – who is the chairman of the Local Government Association called on the PM to give local governments the powers to spend and deliver levelling up.

“Local government must be trusted with the powers and funding to deliver for their communities.” said Bentley.

“This latest round of levelling up funding will give those councils who were successful the ability to forge ahead with ambitious plans to transform their communities and improve the lives of residents.

“Fulfilling these projects has become more challenging due to rising inflation and costs, particularly in the building industry, impacting on their potential to be fully realised.

“Levelling up should be locally led by evidence of where crucial investment needs to go to, not based on costly competitive bids between areas.

“This is not a sustainable approach to economic development or public service delivery, as it falls short of the challenge set out by the Levelling Up White Paper and the ambitions of local leaders for their residents and places.

“The Government must boost local productivity and save money, through building on the White Paper’s commitment to streamline the long list of individual local growth funds.

“Local government must be trusted with the powers and funding to deliver for their communities.”

The call comes as Tory MP and House of Commons leader Penny Mordaunt warned that democracy and capitalism was “hanging in the balance” as “many people think things don’t work any more” while some are “feeling economic shocks for the first time”.

For those with the least the whole system can seem rigged against them,” she told the Institute for Government think tank’s conference.

Ms Mordaunt said the Prime Minister’s bid to restore trust will only be won “when people feel understood, when they feel the benefits in their wallets”.