LEVEL UP ROW: Tory mayor LASHES OUT at “begging bowl culture” of levelling up funding
Advertisement 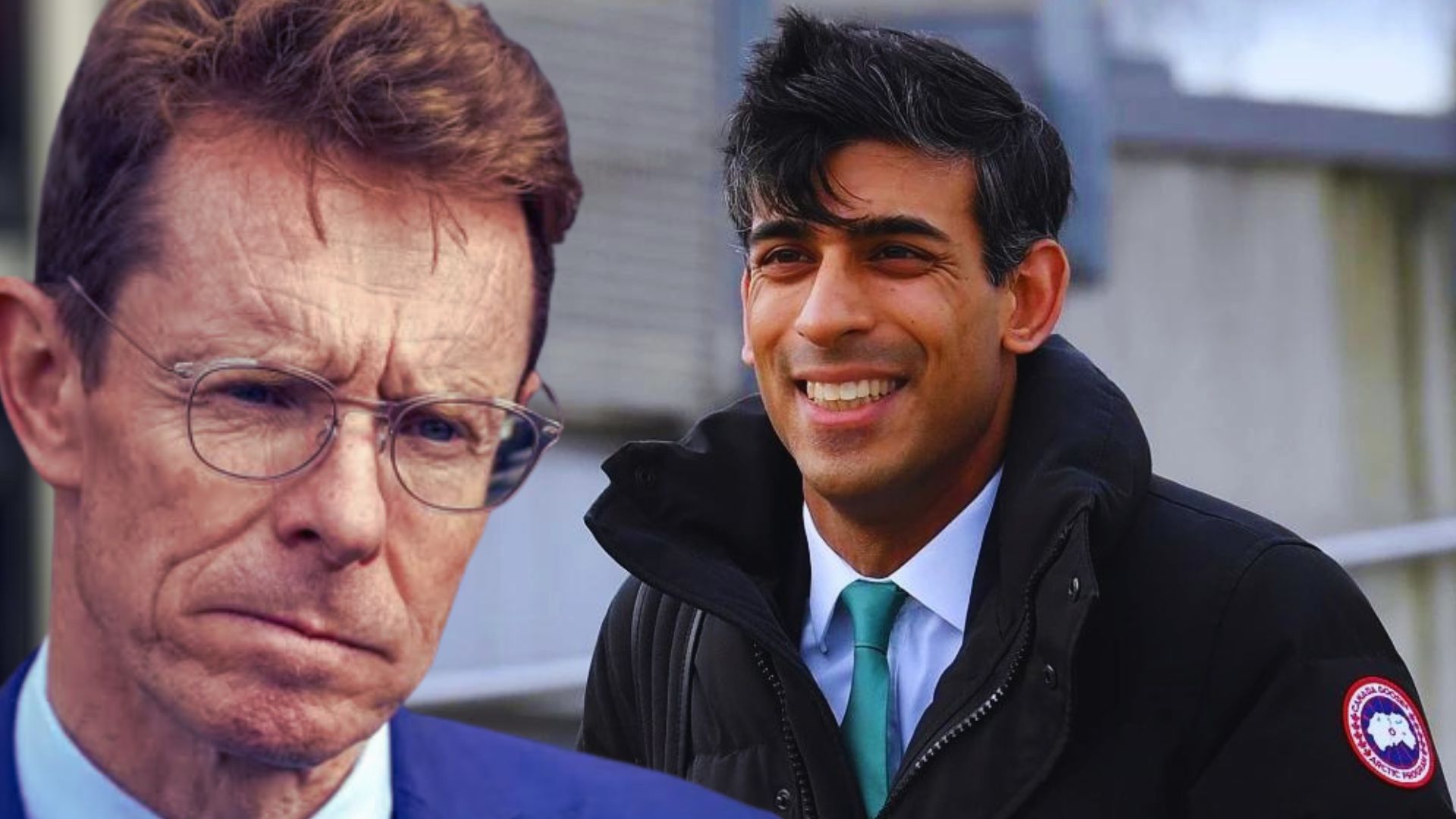 A TORY Mayor in the West Midlands has condemned what he claims is a “begging-bowl culture” around levelling up funding as local governments across England and Wales demand more control from the Government over funds to level up the UK.

Andy Street – a Tory party golden boy claimed the way the second round of levelling up funds were allocated proves the Government’s “bidding and begging-bowl culture is broken”.

Mr Street expressed dismay at the decision to reject the majority of his region’s bids for the latest £2.1 billion of support for projects across the UK.

He joins a raft of Tory MPs and the Local Government Association (LGA) who have voiced concern over levelling up funding.

Tory MPs also voiced their disappointment at their areas missing out on the cash, as Labour accused ministers of so-called corruption.

In a statement, Mr Street said: “Fundamentally, this episode is just another example as to why Whitehall’s bidding and begging-bowl culture is broken, and the sooner we can decentralise and move to proper fiscal devolution the better.

“The centralised system of London civil servants making local decisions is flawed, and I cannot understand why the levelling up funding money was not devolved for local decision-makers to decide on what’s best for their areas.”

He welcomed the £40 million granted to projects in his region – half to revive a leisure centre in Rowley Regis and the other half to build new homes in Willenhall.

But I am particularly concerned that the Government may have viewed our past successes — not least the Commonwealth Games and Coventry City of Culture in recent years — as a reason to reject the majority of the region’s bids,” he said.

He argued that current negotiations with the Government over several multi-billion-pound schemes, including the Midlands Rail Hub, should not “preclude us from winning money for some of our most deprived areas”.

Mr Street vowed to “continue to forensically lobby ministers” to “secure the big-ticket items that will transform the West Midlands in the months and years ahead”.

LGA: LET US LEVEL UP!

The move would allow local governments to be trusted with the powers and the cash to deliver for their communities who are suffering from a dire economic situation caused by a cost of living crisis and rising inflation.

Speaking exclusively to Politicalite on Wednesday night, the Cllr Kevin Bentley – who is the chairman of the Local Government Association called on the PM to give local governments the powers to spend and deliver levelling up.

“Local government must be trusted with the powers and funding to deliver for their communities.” said Bentley.

This latest round of levelling up funding will give those councils who were successful the ability to forge ahead with ambitious plans to transform their communities and improve the lives of residents.

Fulfilling these projects has become more challenging due to rising inflation and costs, particularly in the building industry, impacting on their potential to be fully realised.

“Levelling up should be locally led by evidence of where crucial investment needs to go to, not based on costly competitive bids between areas.

“This is not a sustainable approach to economic development or public service delivery, as it falls short of the challenge set out by the Levelling Up White Paper and the ambitions of local leaders for their residents and places.

“The Government must boost local productivity and save money, through building on the White Paper’s commitment to streamline the long list of individual local growth funds.

The demand from the Local Government Association (LGA) comes amid reports that Rishi handed his very own posh Tory voting rural constituency Richmond, £19 million quid of taxpayers’ cash to “level-up” the leafy aream.

The North Yorkshire seat was described by one Tory MP as “the posh bit of Yorkshire” who said the area has “almost no deprivation” with a prominent agricultural sector, and constituents are overwhelmingly ‘self-supporting’, meaning very few receive benefits.

The Mirror revealed that official documents show the £19m will be used “to transform Catterick Garrison town centre”.

The Prime Minister, to his credit, has ensured that the biggest winner for the second round of levelling up funds that are coming from a £2.1billion government pot is the North West of England.

TAP TO READ MORE BELOW