SUNAK ON TRACK: North Gets £7 BILLION Transport Level Up
Advertisement 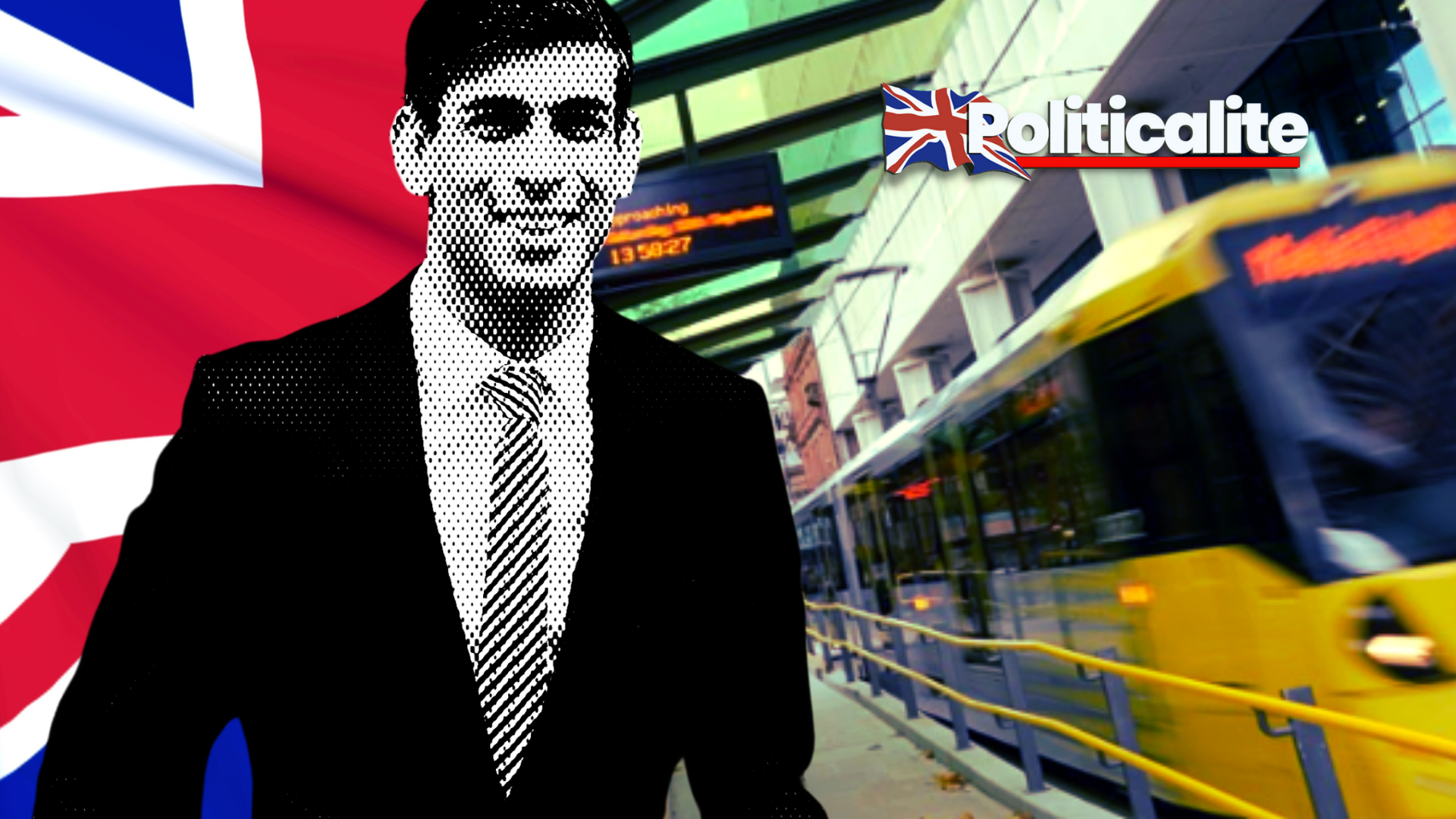 CHANCELLOR Rishi Sunak is set to level up Britain and pump billions of pounds into transport to give metro mayors the power, and responsibility, to improve public transport.

The Treasury said nearly £7 billion would be given to areas such as Greater Manchester, the West Midlands and South Yorkshire for projects ranging from tram improvements to introducing London-style improvements in infrastructure, fares and services.

The investment will be seen as a win for Greater Manchester mayor Andy Burnham, who has been heavily lobbying the Government to hand over the cash for his region to launch a London-style transport system.

Labour’s Mr Burnham had called for £1 billion and put pressure on ministers during the Tory Party conference in Manchester earlier this month.

He had said that handing over the money for him to introduce his London-style Bee Network would make political sense for the Government, because Boris Johnson could blame him if it failed and take credit if it succeeded.

And the Treasury has confirmed Greater Manchester will be given £1.07 billion in next week’s Budget and spending review.

The announcement is also being touted as a vote of confidence in the devolution agenda as all those awarded cash are areas with metro mayors.

Greater Manchester Metro Mayor Andy Burnham had been calling for more powers from Government for and funding for the regions transport system.

He said funding was an “important first step” that “shows the Government is listening to the case that Greater Manchester is making”.

But he said that ongoing revenue funding would also be needed.

“As welcome as it is, infrastructure investment alone will not make levelling up feel real to the people of Greater Manchester.,” he said.

“That will only happen when the frequency and coverage of bus services are increased and fares are lowered to London levels.

“So we are now hopeful that the Government will soon build on this foundation and match this allocation with revenue funding to make our Bee Network vision a reality.”

Andy Street, the Conservative mayor of the West Midlands, welcomed the announcement and said: “I am absolutely delighted that our ambition has paid off and we’ve secured more than £1 billion of Government investment to continue our transport revolution here in the West Midlands.

“It is the largest single transport sum we have ever received, and I know the team cannot wait to press on and start getting diggers in the ground on some truly game-changing schemes.

“From more metro lines and train stations, to new bus routes and electric vehicle charging points, this cash will help us to continue to build a clean, green transport network that connects communities and tackles the climate emergency.”

Some £5.7 billion will be transport settlements for the regions, while £1.2 billion of new funding will go towards transforming bus services to deliver London-style journey times, fares and number of services.

Mr Sunak said: “Great cities need great transport and that is why we’re investing billions to improve connections in our city regions as we level up opportunities across the country.

“There is no reason why somebody working in the North and Midlands should have to wait several times longer for their bus or train to arrive in the morning compared to a commuter in the capital.

“This transport revolution will help redress that imbalance as we modernise our local transport networks so they are fit for our great cities and those people who live and work in them.”

The £5.7 billion is a five-year settlement, and has been increased from the initial £4.2 billion proposed, the Treasury said.

While the £1.2 billion of funding for buses is part of £3 billion that the Prime Minister committed to spending on a “bus revolution” in March.

The Confederation of Passenger Transport, which represents the bus and coach industry, said the fact that the full £3 billion had not been reached yet meant the Government’s “rhetoric is unfortunately not being matched by reality”.

Transport Secretary Grant Shapps said: “We’re absolutely committed to building back better and boosting regional economies right across the country, and these investments are a clear example of how we’re doing that.

“Modernising our transport network sits at the heart of our levelling up agenda.

“This funding will serve as a catalyst for the regeneration of towns and cities by improving infrastructure and ensuring more people have better access to jobs and education.”