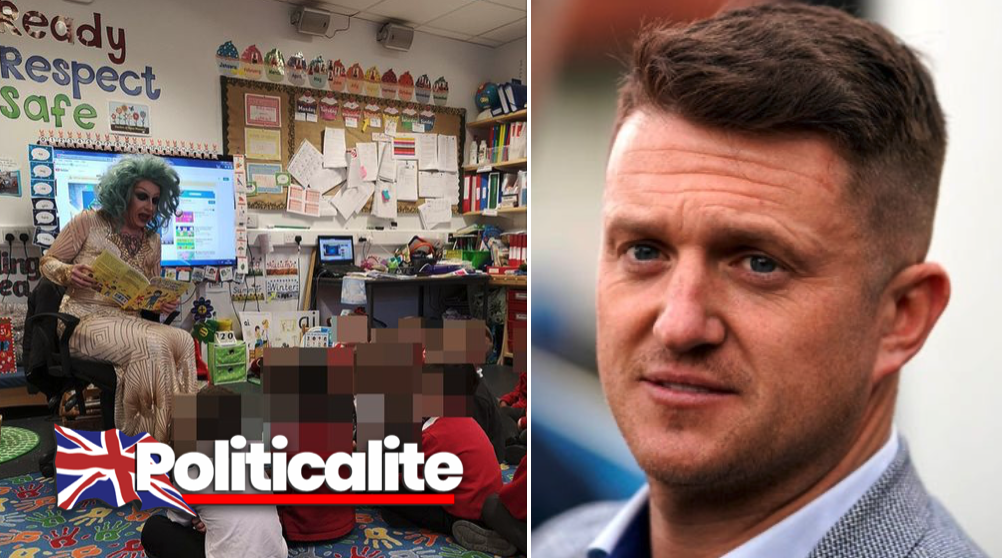 TOMMY Robinson will announce a campaign against LGBTQ propaganda in primary schools at today’s launch of a new free speech Alliance formed with ex-UKIP bigwigs.

The father of three young children is also set to strongly condemn the promotion of gender confusion and LGBTQ ideology among underage children in primary schools.

“Parents are scared to object to this state-endorsed abuse of their children as they will be silenced as transphobic bigots and accused of hate speech,” said Tommy.

Speaking on the inevitable accusations of bigoty, transphobia and homophobia Tommy added: “Insults don’t bother me, so I plan to campaign to protect our kids from this dangerous ideologically-driven indoctrination – it’s child abuse plain and simple!”

“I will ask supporters up and down the country to join me. Together we will create a movement protecting our kids from gender confusion.”

“The government and our children’s schools have no right messing with young, innocent, impressionable and precious minds. As parents we are duty bound to put a stop to this insanity. As a dad I only see this issue worsening over time. Statistics support my concerns. More and more children are becoming “gender confused”.

“This Conservative government has lit the fuse of a gender confusion time bomb, they ignorantly think their policies are helping children – they are not! We are the parents; the British state and our schools are not. They never have been, they never should be.

“I know there are children suffering with gender confusion issues; my heart goes out to them and their families. They need proper support and counselling. But the reality is these children are only a tiny fraction of a minority – for now!”

“Children can be taught to be kind and accepting without the need of LGBTQ activist teachers indoctrinating and confusing our kids. Let’s expel LGBTQ activism from our children’s classrooms. Don’t mess with our kids!”

Other speakers at the launch will inclide the YouTuber Carl Benjamin (aka Sargon of Akkad) who will discuss free speech and the ‘dirty dirty smear merchants’ of the mainstream media; and also the Brexit Party founder Catherine Blaiklock who claims that the Governments new points-based imigration system is “a fraud”.

The launch of the populist Alliance will take place at 11.30am on Friday 28th February at a venue in central London where the name, website, aims and further details of campaigns will be published.

DISCLAIMER: Politicalite UK Ltd and its Advertisers Do Not Endorse The Views Expressed In This Article, We Report This With Respects To Freedom of Speech.