ABOUT FRACKING TIME! Truss Gov’t ‘to focus on cost of living and soaring energy bills’
Advertisement 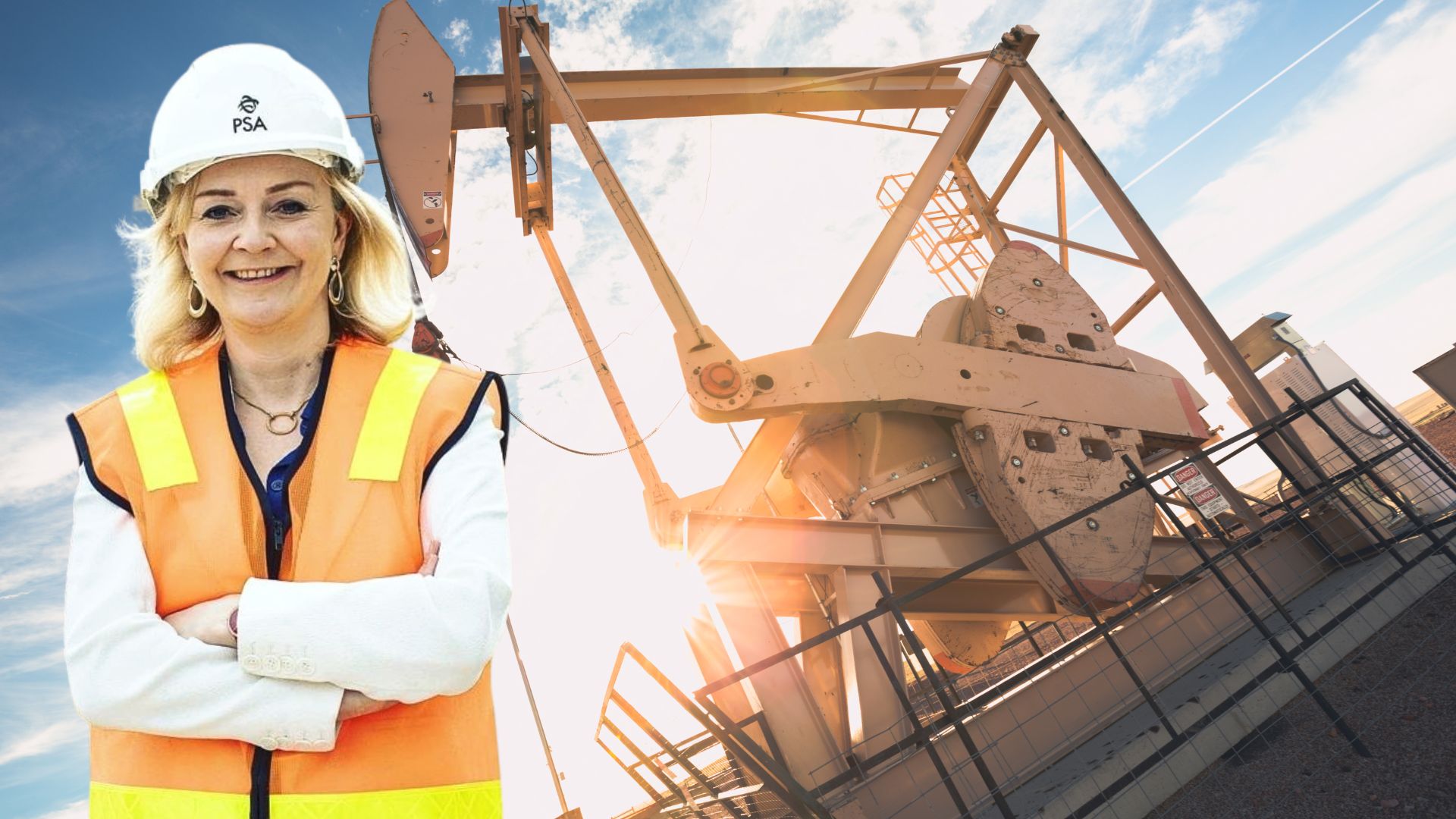 LIZ Truss is expected to focus of fracking and the cost of living crisis in the early days of her Government, sources say.

In an effort to reduce record-high energy bills faced by hardworking Brits, Truss will lift the ban on fracking.

Truss remains the overwhelming favourite to succeed Boris Johnson and has consistently polled over 80% in reader polls by Politicalite.

Polling in the contest closed at 5pm on Friday, as the Conservative Party said that nearly 20,000 members attended the hustings and a total of 2.2 million people viewed a husting online.

If she is successful, it would mean Ms Truss entering Number 10 amid ever-growing concern about the energy crisis and increasing demands that the Government urgently intervenes to support households this winter.

And after a lengthy contest in which the Foreign Secretary clashed repeatedly with rival and former chancellor Rishi Sunak, Ms Truss will also be under pressure to deliver on her campaign commitments.

According to a report in The Sun newspaper, Ms Truss would follow up on one of her policy promises by moving quickly to lift the ban on fracking.

The paper reports that lifting the effective ban on fracking could happen in the first few days of a Truss administration, and under her plans she would only allow fracking to happen with the backing from local communities.

The Telegraph also reports that Ms Truss is considering setting out how she would tackle the energy crisis to her new Cabinet within 24 hours of entering office.

The frontrunner has so far indicated that she would offer fresh support for households, but has given little detail about the form it might take.

In her final message on Friday she paid tribute to the party members she had met in recent months.

She said: “It has been fantastic meeting and speaking to thousands of members across the whole of the UK over the last six weeks.

“Our members make our party great and I would like to thank all the volunteers who have helped along the way.

“I believe in a brighter and better future for Britain. I have a bold plan that will grow our economy and deliver higher wages, more security for families and world-class public services.

“I’ll do this by cutting taxes, pushing through supply-side reform and slashing red tape that is holding businesses back.

If I am elected prime minister, I will never let anyone talk us down and I will do everything in my power to make sure our great nation succeeds.”

Mr Sunak had said he was “humbled” by his engagement with the party faithful.

“This is a critical election for our country and for the future of the Conservative Party, as we eye a historic fifth term in government.

“We face huge challenges ahead, but also huge opportunities. I know what it takes to get through challenging times. I did it as chancellor and I will do it again as prime minister.”

During my tour of 80 seats across the country, I have found our members in good voice and ready to take the fight to Labour and the Lib Dems, and win that historic fifth term at the next general election.

“Whatever the result come Monday, I know our party is ready to unite around a new leader and tackle the challenges we face as a country ahead.”

That call was echoed by Tory MPs on Friday, with several prominent members of the parliamentary party urging all sides to come together once the new leader is chosen.

Sajid Javid, the former health secretary who failed in his bid to become the next leader, tweeted: “Whatever the outcome, let’s unite, deliver and win.”

Penny Mordaunt, a one-time favourite in the race to make the final two in the contest, also tweeted: “Let’s give our new PM every support.”

Boris Johnson’s successor will be announced on Monday, taking over as prime minister the following day.

Mr Johnson and his successor will go to Balmoral rather than Buckingham Palace for the appointment of the new prime minister on Tuesday, in a break from tradition.

The Queen will receive Mr Johnson on Tuesday September 6 at her Aberdeenshire home, where he will formally tender his resignation.

This will be followed by an audience with the new Tory leader, where she or he will be invited to form a government.