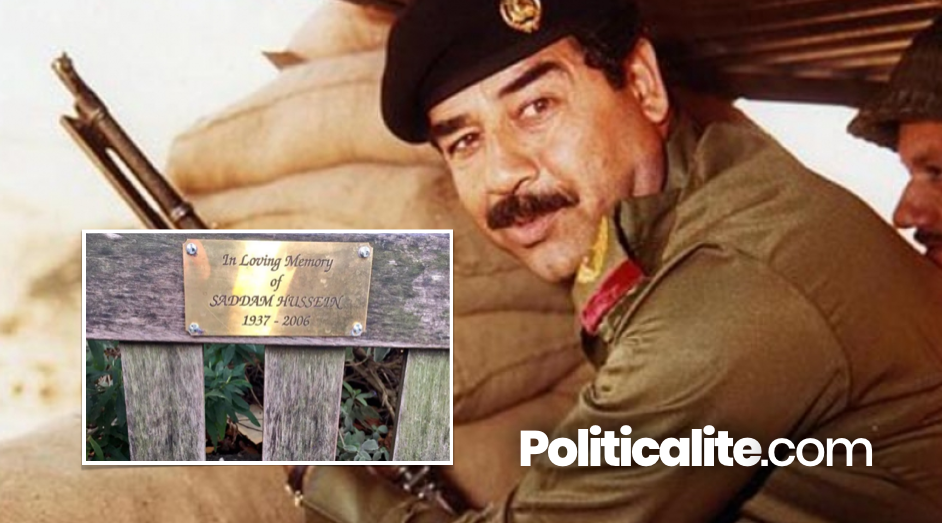 The bronze plaque that honours Hussein, who was killed in 2006 after almost 25 years running a brutal dictatorship in Iraq was recently left on a bench in Wanstead High Street.

Local resident and journalist Victoria Richards posted a photo of the plaque on Twitter on Monday.

She told the London Evening Standard: “Although at first I was tempted to laugh it off as someone’s attempt at a sick joke, the more I’ve thought about it, the less funny it has become.

“Reactions to the plaque online have ranged from amusement to anger to devastation and horror.

A spokeswoman for Redbridge Council said: “We didn’t give permission for this to be put up and it has been removed.”