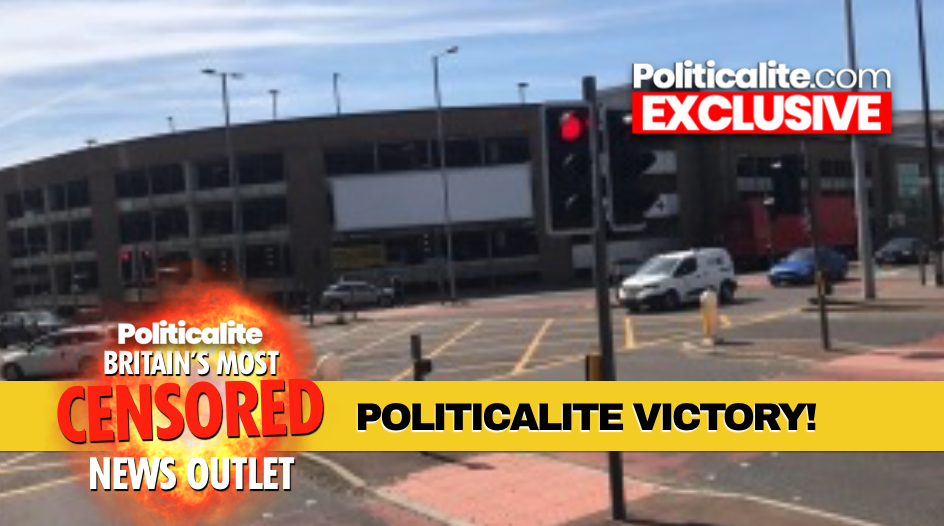 AN INSENSITIVE Advertisement for Islamic Aid on the side of the Manchester Arena has been taken down, Politicalite can reveal.

Following on from our article three days ago, the Islamic Aid advertisement with quotes from the Quran has been removed.

Casting an unwelcome shadow over the second anniversary of the horrific terrorist attack that claimed the lives of 22 innocent people, the enormous poster included a quote from the Koran: “To save a life is as if you’ve saved all of mankind”.

The Islamic poster outside Manchester Arena

Yet this, of course, didn’t stop devout radical Muslim Salman Abedi from gunning-down men, women, and children, and blowing-up others in the cowardly attack on 22nd May, 2017.

Among those killed was 8-year-old Saffie Roussos, who had attended the Ariana Grande concert with her parents.

Victims of the Manchester Attack, including 8-year-old Saffie (top-left).

Abedi was believed to have been radicalised at Didsbury Mosque, where Imam Mustafa Graf was once recorded praying for “victory for our brothers and sisters right now in Aleppo, Syria and Iraq”. Graf also said in the sermon that “Jihad for the sake of Allah is the source of pride and dignity for this nation.”

The Didsbury Mosque is controlled by the Islamic Centre (Manchester), an English association headed by Dr Haytham al-Khaffaff who is also the director of The Human Relief Foundation, a Muslim Brotherhood organisation blacklisted by Israel for promoting terrorism.

Following Politicalite’s vastly-circulated article, and with growing pressure from our shocked readers, Manchester Arena removed the poster, resulting in a rare win in the battle for decency and common sense.

GOOD-RIDDANCE: The poster has now been removed.

Next week marks two years since the tragedy. which will be commemorated with civil memorial service at St Ann’s Church, Manchester, at 2 pm on Wednesday 22nd May. A two-minute silence is also expected to be held across the country.

On 22nd May, 2019, Politicalite will be publishing a special article commemorating the victims, whilst not forgetting the ongoing trauma experienced by those who survived.