ULTIMATE BETRAYAL: Manchester Bomber was rescued by Britain before he killed 22 at a pop concert
Advertisement 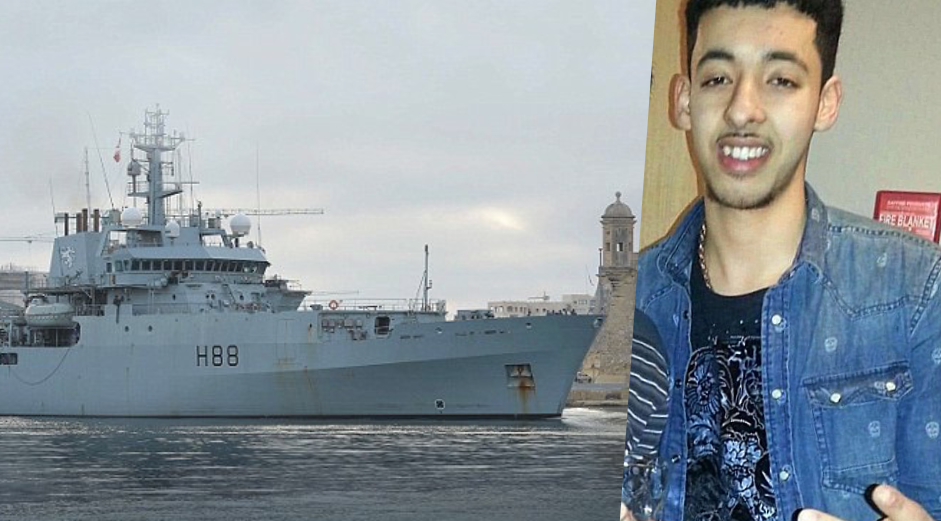 SALMAN Abedi, the Manchester suicide bomber who blew up 22 innocent people including children was rescued by The Royal Navy from the Libyan war zone according to reports.

The Daily Mail has revealed that HMS Enterprise saved Abedi, then 19, from the Libyan coast and took him to Malta for a flight home to Britain in August 2014.

In May 2017 he set off a bomb an Ariana Grande concert at the Manchester Arena that killed 22, including seven children.

Abedi’s younger brother, Hashem, who is in jail in Tripoli facing trial over the attack, was also rescued by HMS Enterprise.

The pair had been caught up in fighting in Libya and were among more than 100 British citizens taken to safety.

Photographs released by Ministry of Defence officials at the time showed the group being brought on board the Navy vessel.

A Whitehall source said: ‘For this man to have committed such an atrocity on UK soil after we rescued him from Libya was an act of utter betrayal.’

Abedi was known to the security services and was being monitored at the time of his trip to Libya. However, just one month prior to his rescue, MI5 closed his case as a result of mistaken identity.

Read the Full Story on MailOnline.