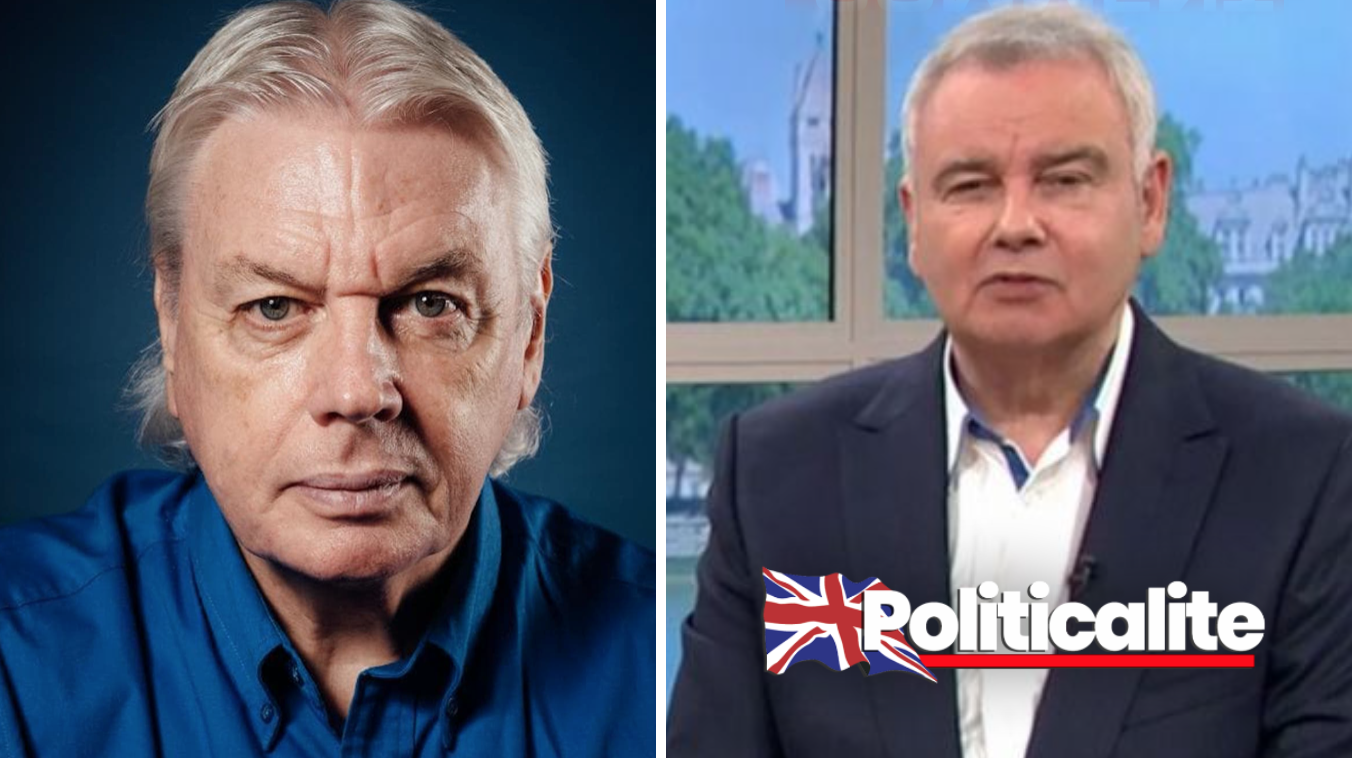 EX-BBC sports journalist David Icke and former Sky News anchor Eamonn Holmes have been rapped by the media regulator Ofcom for their views on 5G technology.

The regulator ruled against both the self-styled ‘conspiracy theorist’ and This Morning presenter for their views on the issue, in particular its link to 5G technology, claiming that broadcasters ‘risked undermining viewers’ trust in advice from public authorities and scientific evidence’ for sharing views related to 5G and Coronavirus.

Icke’s comments relates to comments the two made on individual platforms; for Icke, they came from his discussion with YouTube channel London Live, whereby he was discussing the virus, and how it could be used to create what he called ‘a Hunger Games society’.

Eamonn Holmes was attacked for what the regulator referred to the controversy surrounding 5G masts, and people attacking and destroying them. The former alluded to 5G technology by discussing how one of the various ways senior citizens are being badly cared for was through an ‘electro-magnetic, technologically generated soup of radiation toxicity’ and the latter commenting that while he felt that the masts being linked to the virus wasn’t factual, ‘it’s very easy to say it is not true because it suits the state narrative’.

In the rulings, the regulator complained about these comments. For Icke, Ofcom stated that ESTV, the owner of the channel London Live which had aired the London Real interview, had broken broadcasting rules by showing ‘potentially harmful content about the coronavirus pandemic’, and were ‘particularly concerned’ by Icke ‘casting doubt on the motives behind official health advice to protect the public from the virus’.

They also complained about how the comments went ‘largely unchallenged’ throughout the interview.

On This Morning ITV was slammed for allowing Holmes, to make ‘ambiguous’, ‘ill-judged’ comments and had ‘risked undermining viewers’ trust in advice from public authorities and scientific evidence’.

The warnings came as Secretary of State for Health Matt Hancock has confirmed that ‘disinformation’ on ‘social media’ was going to be ‘tackled’, and that government officials in the past including Michael Gove have dismissed claims around 5G as ‘rubbish’.

Meanwhile, YouTube CEO Susan Wojcicki has admitted in a CNN interview that the site is actively engaged in removing any ‘problematic’ information from it during the lockdown, especially ‘anything that would go against World Health Organization recommendations ‘.

In response to the ruling, Icke has accused the media of ‘misrepresenting’ his comments in the interview, claiming that he was only discussing its affects on mental and psychical health.

He also pointed out how dangerous 5G possibly is, especially its effects on the immune system, which he claimed was consistent with other ‘electromagnetic technology’.

He also criticised those in the ‘alternative media’ for behaving in a similar fashion to that of the mainstream.

Holmes has responded by stating that he was also ‘misinterpreted’, and wanted to ‘make it completely clear there’s no scientific evidence to substantiate any of those 5G theories’.

Meanwhile, the London Live interview is the most viewed on their channel, currently standing at 5.8 million views at the time of this writing.

Icke was a former football player and commentator, before getting involved in political activism in the 1990s, and writing various novels including 1995’s …And The Truth Shall Set You Free and 1999’s The Biggest Secret of which led him to be included in historian Niall Ferguson’s 1998 book The World’s Banker: The History of the House of Rothschild, albeit ironically.

He then became hugely popular on the internet, stood as an independent candidate in the 2008 by-election in David Davis’ seat of Haltemprice and Howden and backed Brexit during the 2016 EU Referendum.

Holmes had previously interviewed Icke on his TalkRadio show, leading to those clips getting the most views on that channel on YouTube.

NOT TESTED: Romanian Farm Workers ‘Not Tested For COVID-19’ After Arriving in UK