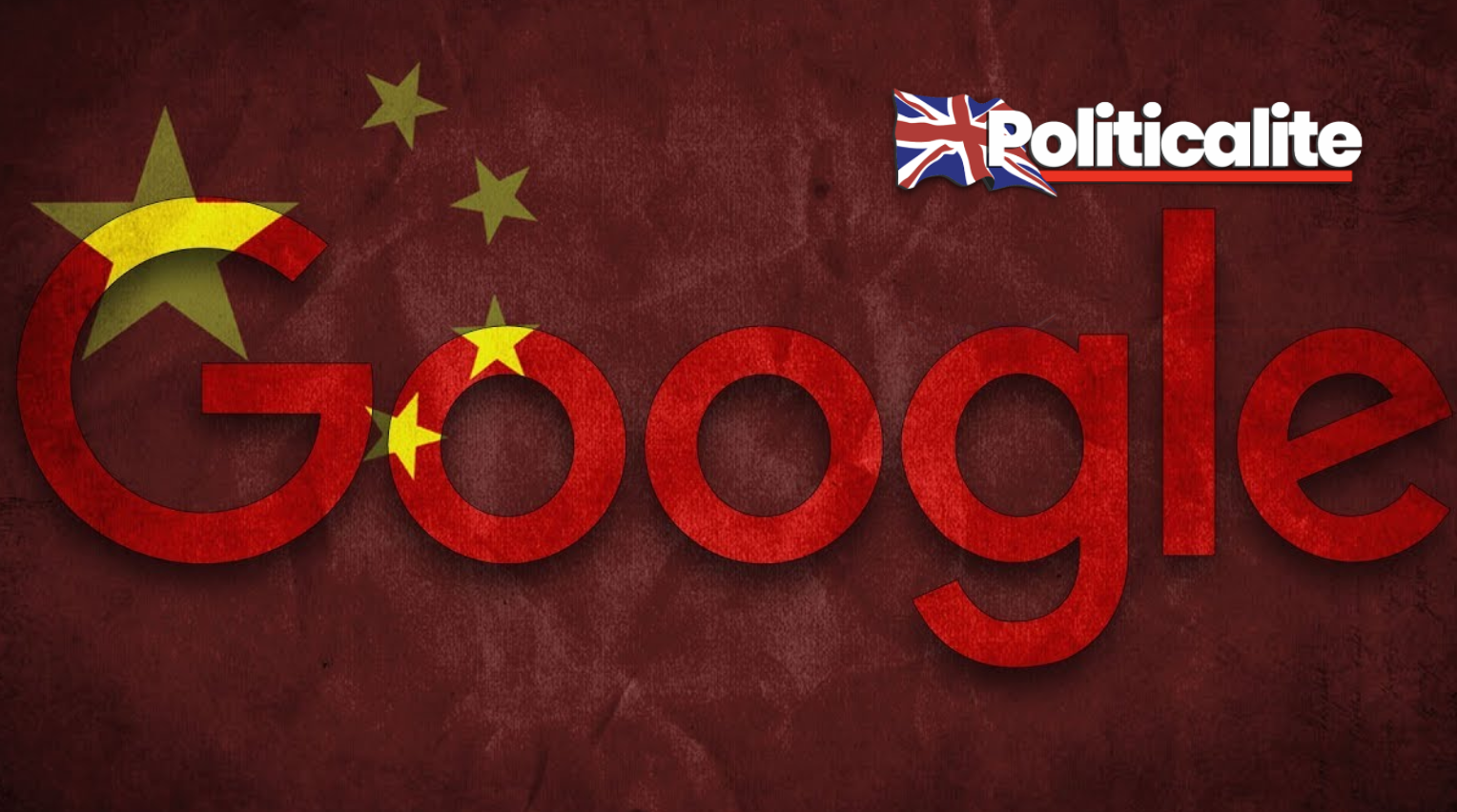 UPDATE: Google has now restored ad-serving to Politicalite after our legal team contacted them.

GOOGLE has gone after working-class writers and journalists and have defunded Politicalite, for a second time, after we reported on migrant protests and more migrant invasions amid a national pandemic.

The move by Google came after we reported on one of our own video journalists being banned on YouTube and Twitter for exposing the migrant crisis last year.

Google is a monopoly and a company who is trying to dictate to what news outlets can and can’t report. We will never let advertisers or ad providers tell us – a news company that should be protected by free-media laws, what we should say, nor will we change our editorial decisions to suit the left-wing cabal running Google.

This afternoon, we received an email from Google, after being re-accepted onto their Advertising platform since September that read: “Dear AdSense Publisher, it appears that ad serving has been disabled on the site due to a violation linked to its previous owner.”

“We encourage you to review and update your site and make sure that it complies with the Google Programme Policies. ” in other words, we won’t accept you until you stop promoting right-wing views. “ 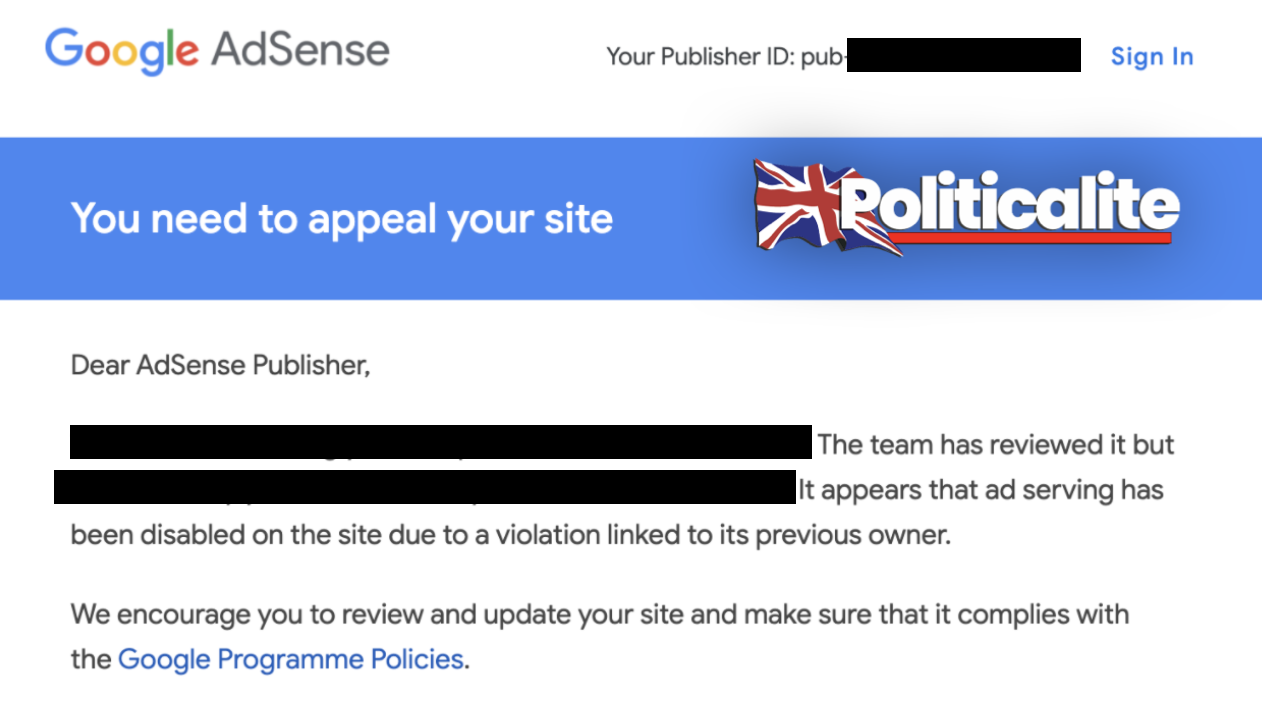 Googles ban claims Politicalite has “violated” their programme policy, this is entirely untrue, Politicalite checks our sources, never posts fake news and always corrects mistakes. We never publish content that is not true, but since the globalist crackdown that has seen Trump and a host of Conservatives banned from social media, we feel Politicalite is now under attack, similar to talkRADIO who was temporarily censored by Google-owned YouTube last week.

Google’s ban came after Politicalite reported on talkRADIO’s ban and published two stories about migrants in Dover. The report was not written by some far-right racist – it’s written by someone who is a descendent of immigrants who came to Britain legally during the 1960s.

Google’s attack on Politicalite isn’t about stopping offensive remarks, it’s about attacking companies and news organisations who report the truth about immigration and don’t toe the left-wing globalist line.

We need you more than ever, especially during this difficult time. During the pandemic, Politicalite has never applied for Government assistance via our parent company, and we have relied on advertising and donations for our writers to be able to feed their families. Google is taking food out of children’s mouths; please help us keep going by donating what you can below, or Google’s attack and censorship will mean we may have to close down soon. 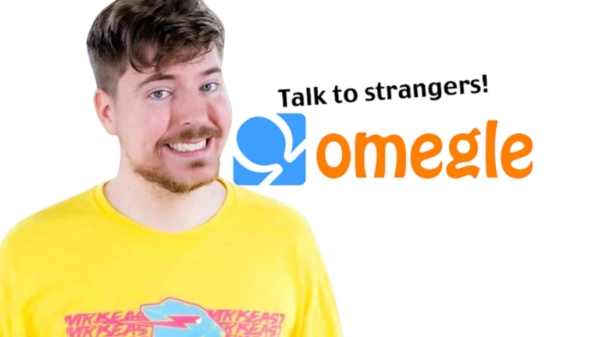 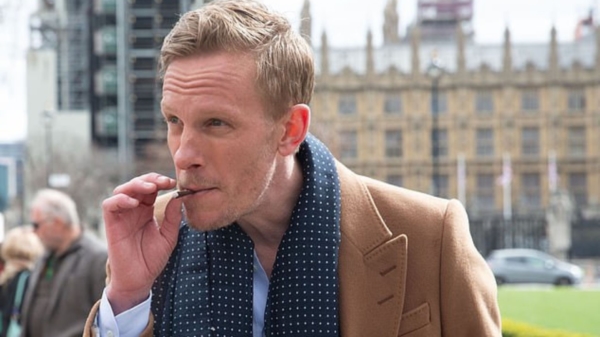 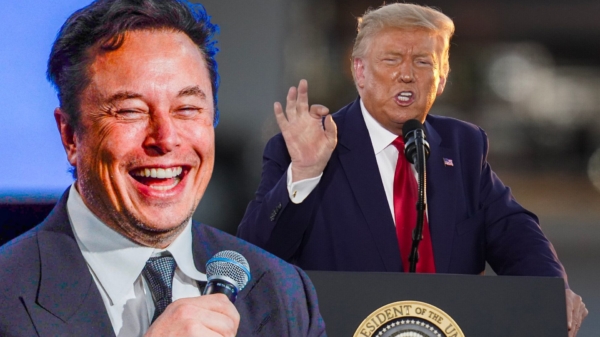